Hey folks!  Barbarella here, and I hope you are finding ways to cope during these challenging times.  I have my own ways of coping, like watching movies, chatting with friends, and making new acquaintances (although these days, the latter seems to generally be done primarily through interviews with talent on behalf of AICN).  The latest talent with whom I had the joy of speaking was Keegan Allen, who stars in the thriller NO ESCAPE, which will be available on Digital and On Demand this Friday, September 18.  You may recognize the actor from his role as Toby Cavanaugh on PRETTY LITTLE LIARS.  After brief small talk, I started with my questions.  If you read my interview with Director Will Wernick from yesterday, you’ll recognize this first question.  Sorry if it feels redundant, but sometimes I just want to get some different perspectives.

Which do you think is scarier and why? Getting stuck in an escape room possibly run by sadistic sociopaths or social media influencers?

“Oh, man. I think both have a shock factor and a fright factor that matches each other in different ways. I think, short term, the escape room; long term, social media influencers.” 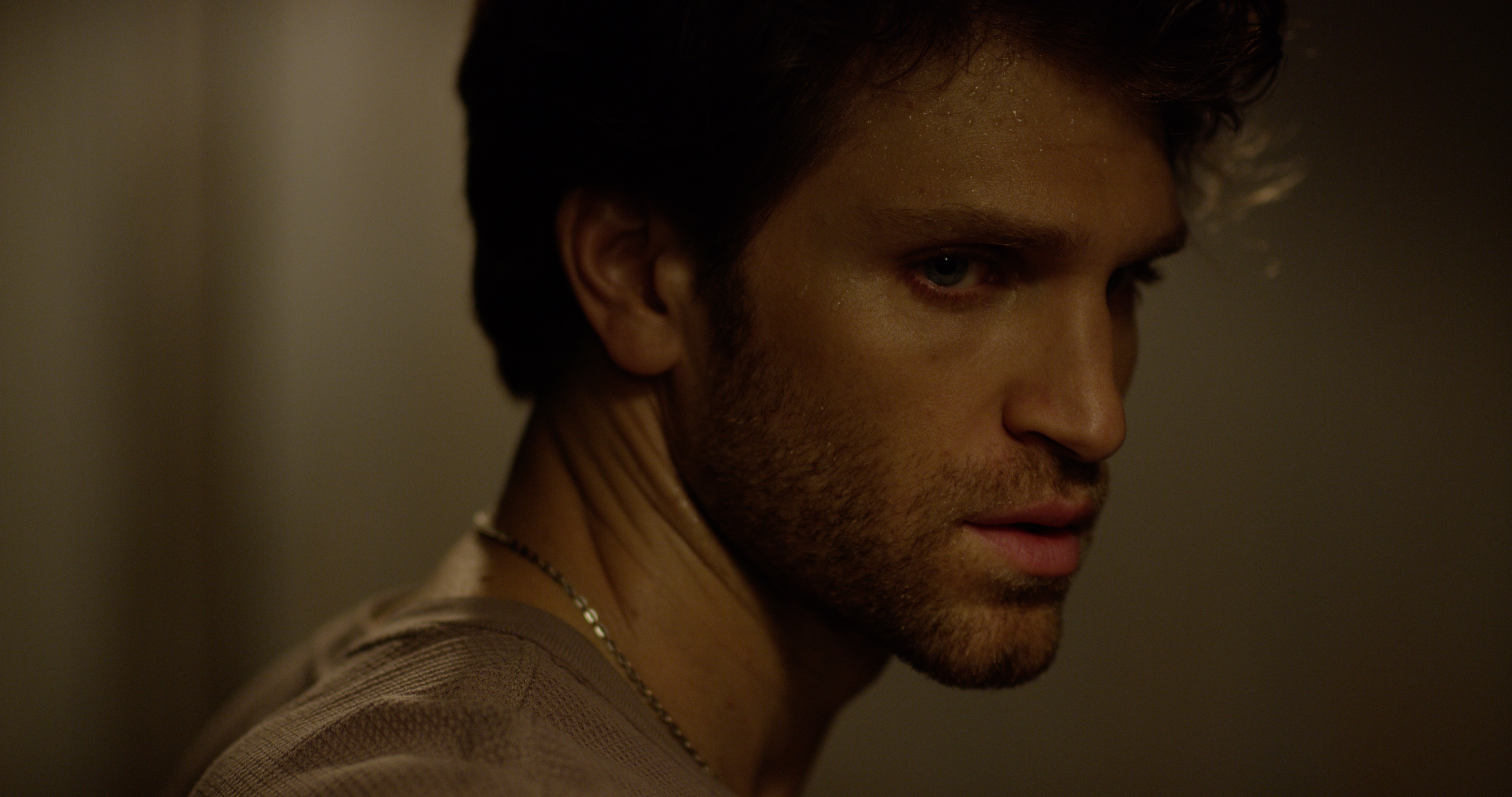 In what ways are you like your character Cole?

“Well, I feel like doing this movie, I was able to draw [from] a lot of the things in which I recognized in myself when social media first started. It's been something in my life where you have your private life, you have your personal life, and then you have your online life, right? They're almost like these masks that you wear, and people like to transcend that sometimes as influencers and show their private life, and in some ways they've capitalized on that.  KEEPING UP WITH THE KARDASHIANS is a great example of you-don't-know-which-mask-you're-seeing, but it's still a delightfully fun and sometimes horrific experience. For the most part, I tried to draw a character out that would allow people to almost see the absurdity of what really goes on in vlogging and in social-media-influencer world, and how an audience is almost an accomplice to that personality disorder.”

Did you do anything special to prepare for this role?

“I definitely researched a ton of influencers and a ton of vloggers over a long period of time. Some of these people I knew personally, so I had access to their lifestyles, and it was an awakening, of sorts, to see.”

What's the scariest thing that you've ever done and why did you do it?

“I think the scariest thing I've ever done is I spent the night in a ghost town in Northern California with two of my friends.  I did it, I think, because there was nothing else to do. That's usually the most dangerous thing to hinge your reality on is, honestly to almost capitulate to your surroundings and be like, “You know what? I'm just going to do something totally dangerous and insane, just to give myself shock factor because my mind is so idle.”  But, I'm glad I did it. It's still one of the scariest things ever, and I don't know why it was scary. It could have been my mind playing tricks on me. It could have just been the fact that the surroundings were very vague and unsettling, or the fact that it was an actual ghost town, and the word kind of warrants the behaviors that you may or may not experience.” 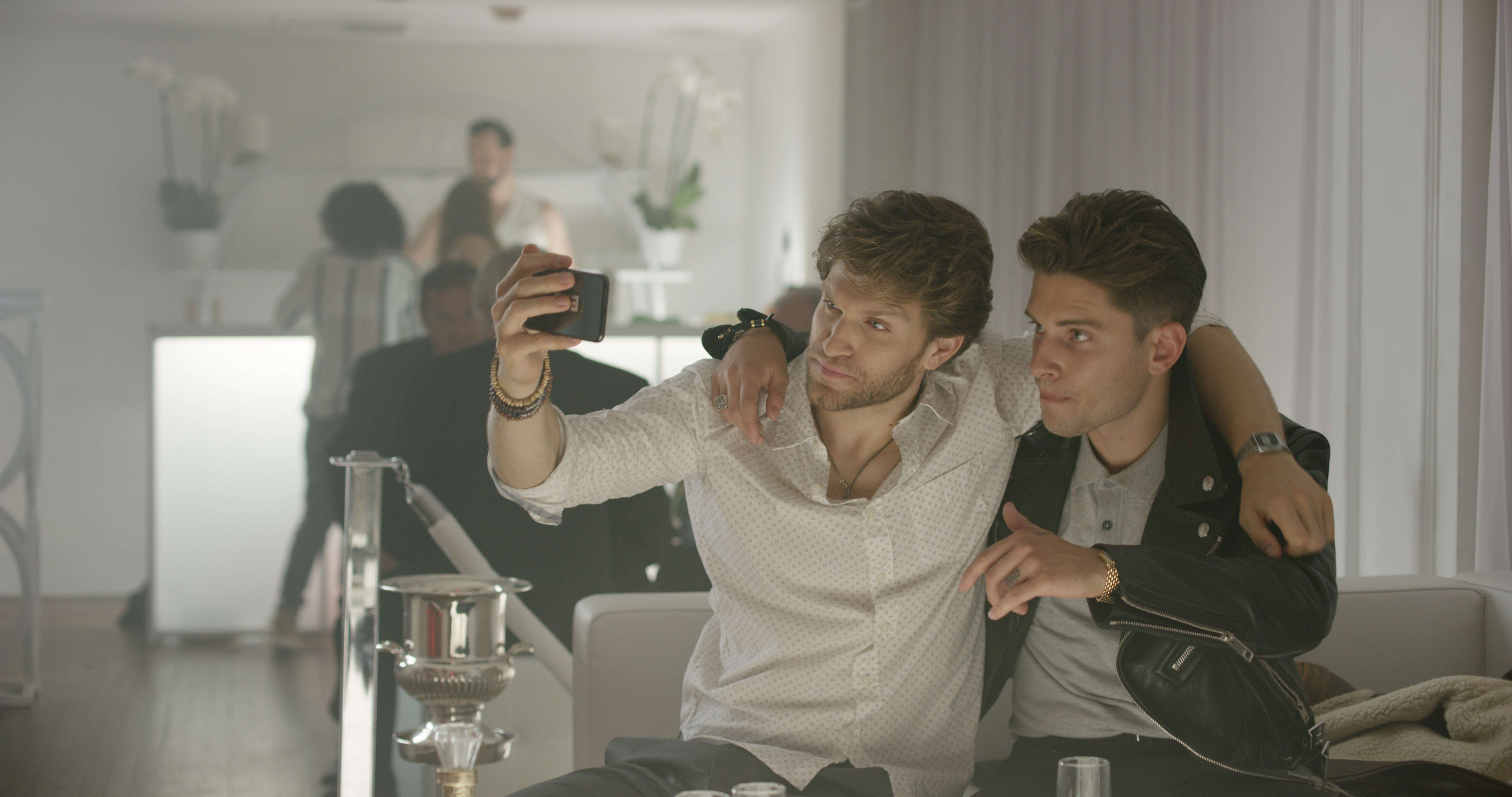 “What ended up happening was, after we had shot the movie, we shot a separate scene, which is where Holland [Roden] and I are in this Russian restaurant. We're getting ready to go to the escape room, but it's the scene where we're in there and he starts vlogging and….(removed to avoid spoilers) That was actually one of my favorite scenes to shoot and watch because it was shot after the movie had finished. We added that scene, and I thought it really gave it a lot of life. It was very funny. You see this guy, almost a fish out of water, in a very, very different society. You suddenly experience how absolutely outrageous his personality really is to be around.”

Right. When you're working on a film, or any kind of project, do you ever dream about it, and do you dream in character ever?

“Yeah. It depends. For this project, I was immersed in it for a very long period of time in which there really weren't any breaks, and I definitely had dreams, but my dreams – it’s so funny, I’m letting you behind the veil a bit here – most of my dreams, when I'm working on a project, are me.  They're me on set. Sometimes the fear will be that I forgot my line or something terrible as Keegan, the actor. What that does is when I wake up, I'm like, "Oh, thank God that's not real," but then I work even more diligently and hard to not have that happen in real life.

“It's very interesting that you brought this up, because it was something that I definitely experienced, especially falling asleep onset because we did a lot of night shoots. I would have these almost night terrors, shooting these horrific scenes of being captured, held hostage, having essentially no escape.  No pun intended in that description. I also dove into a darker side of the web for a while, just to see if any of this is warranted, if this is even a real thing. It's absolutely so frightfully real on the other side that it makes sense why Cole suddenly realizes the gravity of the situation as it unfolds. That definitely gave me nightmares as well. Seeing into what this movie was dipping its toes into was terrifying.”

“Yeah, so definitely, yes, it gave me nightmares, and I definitely dreamt in character.” 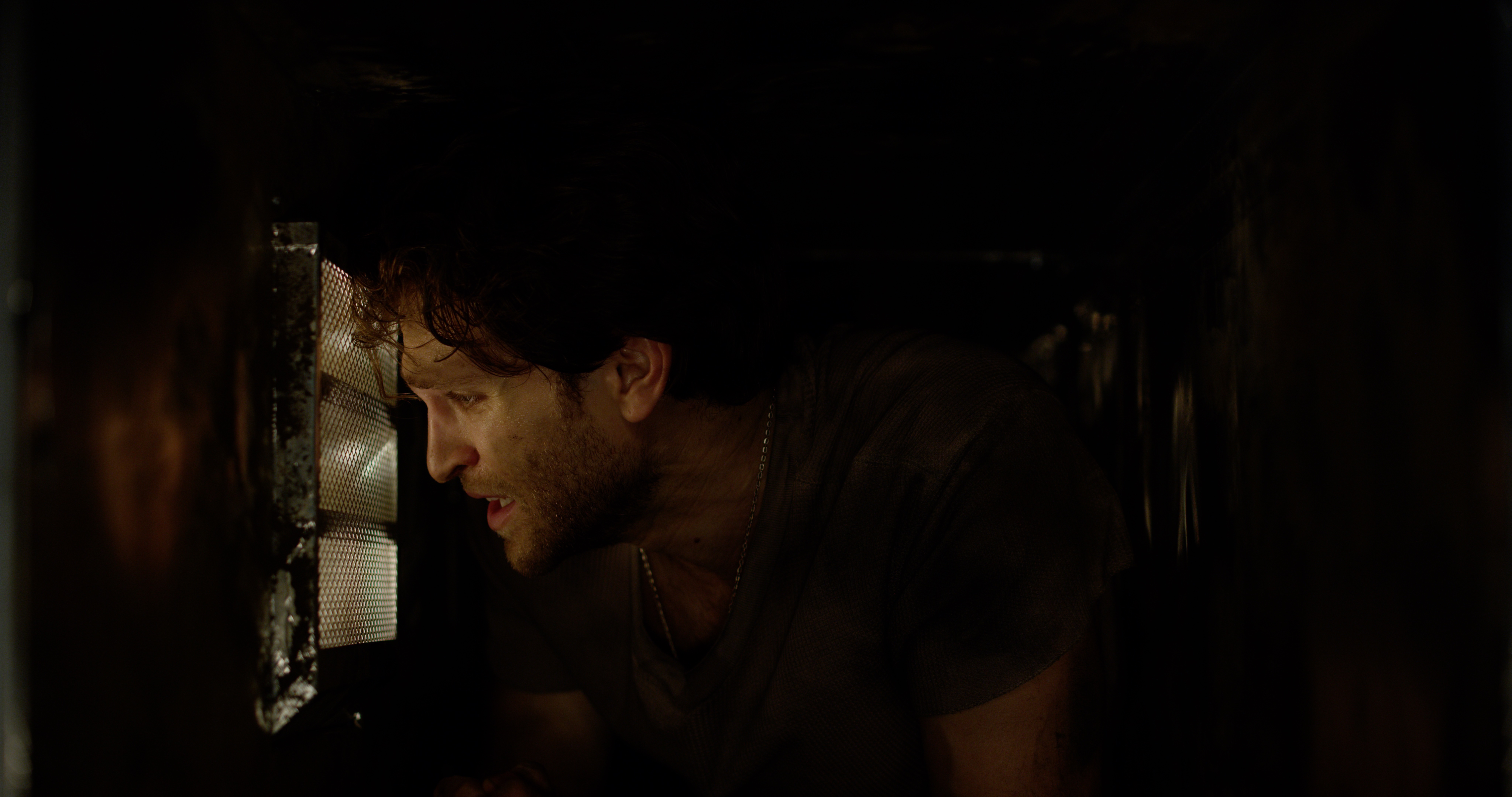 What kinds of things did you do during your downtime on set?

“Denzel Whitaker– such an amazing dude – and I were doing karaoke on set. Someone brought a karaoke machine.  It was right before Halloween. We were doing a lot of NIGHTMARE BEFORE CHRISTMAS sing-a-longs, “Jack's Lament” and such. I think Lil Wayne's album came out at the time, so we were also always listening to that. All of us got on really well – Siya, George [Janko}, Holland [Roden], Ronen [Rubenstein] – we all really loved being around each other, which was great, because we were around each other for long periods of time. It really was a fun little camp, like a summer camp kind of feel where we would make each other laugh.

“A lot of this stuff was filmed in abandoned areas, in very suspect areas, as well. Underground. Just really terrifying-in-real-life areas, in the bowels of Downtown LA. Sometimes during the downtime, we'd go exploring and really scare ourselves, because some of these places were not sets. I guess the crew would set up a perimeter and be like, "Maybe don't go over here."  We would, of course, go and look around, and it was intense because some of these places were built during Prohibition, so there were underground tunnels and strange doorways that were odd. It felt quite like the feeling when you're watching Stanley Kubrick's THE SHINING, where there were doors that would lead to nowhere, shafts that would fall off into elevator, like strange things. Usually, in our downtime, we would go exploring.”

While exploring mysterious abandoned tunnels sounds like it could be fun, I would probably find that experience terrifying because I’ve seen way too many horror movies, and I’m old enough now to recognize my mortality.   But, hey karaoke sounds like a blast.  You can check out Keegan Allen in NO ESCAPE starting tomorrow On Digital and On Demand.