Barbarella Talks with Justin Kurzel About His Controversial Film NITRAM

Hey, friends. Barbarella here. A film based on the true story of Australia’s worst mass shooting in history, NITRAM, is now in theaters, digital rental and AMC+. The movie features an incredible performance by one of my favorite off-the-beaten-path actors, Caleb Landry Jones, as the title character whose life moves towards the fateful episode that shocked and horrified a country and resulted in incredible gun reform.

Due to the subject matter, the film met with some resistance, even though Shaun Grant’s script only portrays the events leading up to the shooting, and not the actual crime. Helmed by director Justin Kurzel, NITRAM proves both emotionally taxing and powerful, as it reveals much about the man as he shifts into what many consider a monster.

I had the opportunity to speak with Justin Kurzel about the film and the controversy. Check it out. 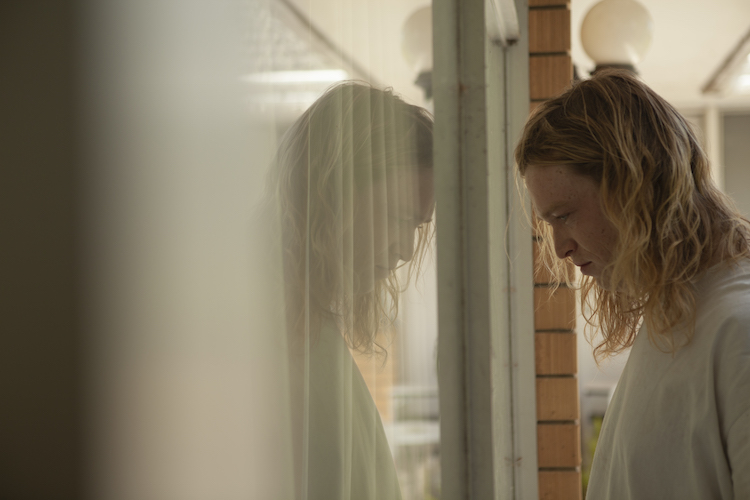 I find it interesting that in America, a horrific event transpires, and it doesn't take long for a movie to be made about it. For example, when Charles Whitman went up to the top of the UT tower, he ended up killing about 16 people, and within a decade, The Deadly Tower, starring Kurt Russell as Whitman, came out, and there really wasn't too much controversy. But decades after events transpired, there's a lot of controversy about NITRAM when it came out in Australia. Why do you think there's such a difference in the response between Australians and Americans when it comes to these kinds of stories?

“Because before the Port Arthur shootings, I don't think we ever saw an event like this, in terms of mass shootings. It was highly unusual. It happened in a sleepy, beautiful, peaceful town, and it stopped the nation. It was really seismic. It changed the gun laws in six days. There was a buyback that happened, it completely changed gun reform, and it became this nightmare not to look back upon. I completely understand that. This event has a very firm hole in the ground in regards to its mark on history here. When we were filming, I think it was in October, November, I think mass shootings in America had passed 480 in one year.

“It is an everyday occurrence in the states, which is extremely different from Australia. The shadow of Port Arthur is extremely long, and the gun reform that happened after it has been very compelling. I think there are just different attitudes, and I think it's also been that people find it very hard to talk about and still do. We knew that going into it, that there were going to be people that really wanted it not to be made.”

I heard that you were initially concerned about making it just for those reasons. What convinced you to go ahead and go forward with it? 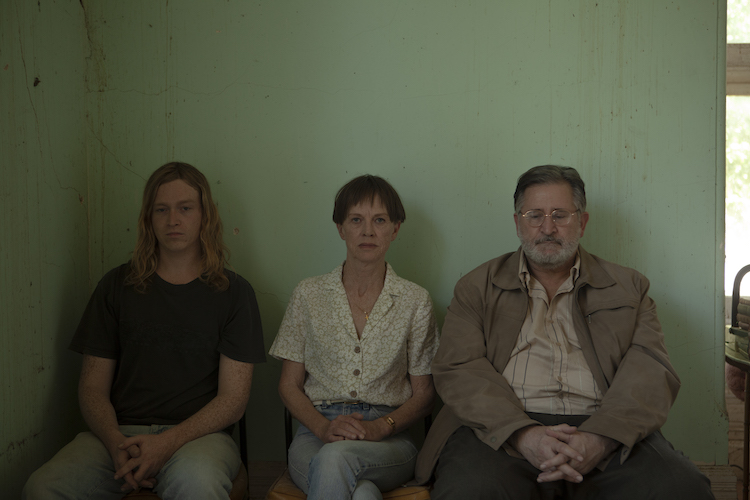 “I live in Tasmania; my wife's Tasmanian, and our kids go to school here. The last thing I wanted to do was upset people here, but I found the script so incredible and compelling, and I understood why Shaun was writing it. I thought his heart was in the right place, and that there was a sensitivity and respect there that was important to me. It was a script that I felt as though I could trust. There were a whole lot of reasons there, but I felt as though I needed to make the film on what it was trying to say and what it was trying to investigate, but also on a creative level. It was one of the most compelling things I've read.”

It seems as polarizing in Australia as the "Dingo ate my baby" debate back in the 1980’s. Some people just don't believe his story should be told, and that telling it from his perspective makes him sympathetic. How do you feel about those comments?

“I challenge an audience to watch the film and feel sympathy to him. I think that there's an empathy in the family and in the group of people in the film. I think it's a really hard line, a really tough, challenging thing to make a film about someone like this, who makes a horrific decision at the end of the film. At the same time, you are wanting the film to feel familiar and recognizable. You're wanting to create a world that you look at and you go, "I feel like I know that," because out of this ordinariness, out of this suburbia comes this horrific event.

“It was a real balancing act of how much empathy do you start to play with? Obviously, there's a point in the film where the character becomes extremely dangerous, and becomes the monster that he is at the end, through this horrific decision. It was something we were constantly debating every single day.”

How many drafts did you guys do? Once you started shooting, did you change a lot or keep it?

“Not much. It was really well formed, it was maybe two to three drafts. Shaun Grant wrote it as a spec script. I didn't know he was writing it. I'd made two other films with him, and it arrived out of the blue for me. I just opened it up and started reading it, and it was really quite fully formed. We made a few adjustments in the second and third draft, and then pretty much started filming it, and it really didn't change much.”

In making this movie, what did you learn about Nitram that you didn't know before? 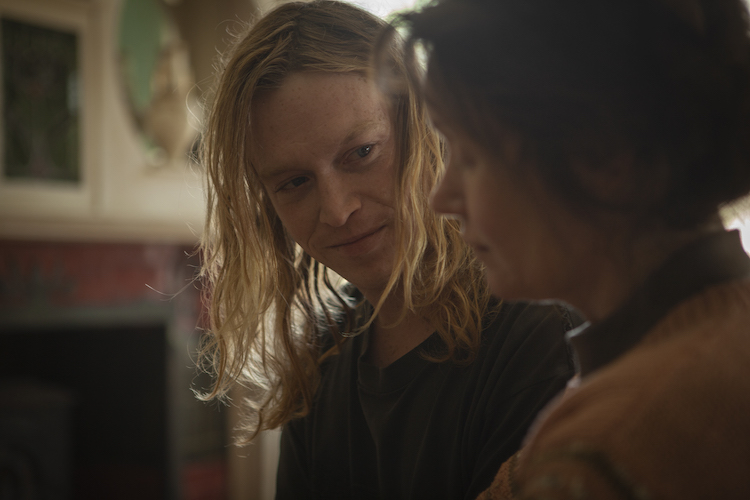 "I was quite shocked and surprised by how visible he was in the community. Even down here, there are so many people that I bump into that knew him and would often see him or went to school with him. He was really quite a visible figure and amongst the community. I was quite surprised by that. I'm still shocked by the access that he had to that weaponry, and what sort of weaponry it was. When they arrived on set, seeing the guns was staggering, because we just don't see them here in Australia. They don't even have this sort of weaponry in the military in Australia. That was probably one of the most shocking parts of filming it.”

What kinds of discussions did you, Shaun, and Caleb have regarding how to portray Nitram?

“A lot of it was about really trying to get [Caleb] to understand Australia, Australian men, and the culture that he desperately wanted to be part of, which was surfing and being around that sort of alpha male. A lot of it was him coming to Australia and spending time in Australia, along those beaches, and feeling what it is to be an outlier, feeling what it is to be watched and to be on the outer. He automatically did, because he's a Texan, and he's coming from another country. He arrives in a place where it's got its own subcultures, and it's really particular, especially around that coastline, where it's a surfing culture. It didn't take much for him to realize that he was a part of it, and that was a huge bit of the psychology of the character.”

He’s a fantastic actor. Would you describe, from your point of view, what his process was as far as on set? Is he a method guy, or was he going in and out of character? 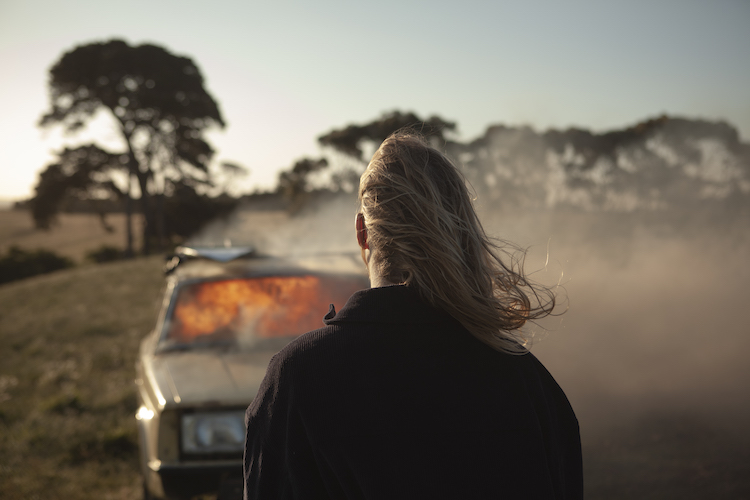 At the end of the film, there's a blurb about how Australia has more guns now than it did when those events occurred. Why did you choose to include that comment?

"I think it's an event in Australia that is very hard to talk about, and I understand why. I was shocked that twenty-five years after this event, these laws that I thought were rock solid, these reforms were actually being loosened and were being lobbied. I couldn't believe that we had more guns. I thought that this event changed Australia forever, and I was quite shocked to understand and realize that actually, some of the stuff that we thought had changed hadn't. We felt as though it was important that the memory of it was allowed to play out. This event still feels like yesterday for a lot of people. I was unbelievably shocked that we have to remember why these reforms are so important, and why they were so strong, and that they can't be weakened here in this country.”

You did the True History of the Kelly Gang and Snowtown, as well. Are you a true crime fan, or was it something about these particular stories that interested you?

“I haven't been a true crime fan. I think a lot of it has to do with, Shaun and I are really interested in these stories, and these particular kinds of men here in Australia, and how a kind of brutality and violence has surrounded these particular characters, and whether it's something that has always inherently been here and been part of the history here, or whether it's got to do with how masculinity plays out. It's obviously been something that we've continually questioned and talked about in our work, but I don't think it's been a conscious thing.”

I’m grateful to have the opportunity to witness these types of stories told from different perspectives by filmmakers like Justin Kurzel and Shaun Grant, who seem interested in digging into the psychological layers of these characters. An engrossing study, NITRAM is now in theaters, and on digital rental and AMC+.