Hey, friends.  Barbarella here.  IDA RED, tells the story of crime boss Ida "Red" Walker's attempt to enlist the help of her son Wyatt to pull off one last heist to get her out of prison.  With the FBI closing in, Wyatt must choose between family and freedom.  The film, starring Melissa Leo, Frank Grillo, Josh Hartnet, and William Forsythe, comes out in theaters, on Digital, and On Demand this Friday, November 4.  I had the opportunity to speak with writer and director John Swab, who recently bought a house in Oklahoma and has begun prepping for a new film he will be shooting in that region.  I caught up with him in the middle of a highly stressful week on a particularly frazzling day, and I was grateful to have a reprieve from the chaos to speak with someone who strikes me as a genuinely cool guy.  Check out our conversation.

“No comment. (pause) You work for the DA's office or something, don't you?"

(laughing) Yeah.  Which came first with the idea?  Was it the armed robbery idea or the family story kind of dynamic?

“I'd say actually the family story.  The movie spawned out of the idea for the Ida character, and then her son.  The Ida and Wyatt relationship is really where the movie came from.  From there, it kind of grew out, and I knew that she was the matriarch of this family and that it was a criminal family, so it all just made sense from there once I kind of understood that about their relationship and who they were as people.“

When you're writing something, how many people do you let read it and provide feedback?

“Very few, honestly. And I think with IDA RED, Jeremy Rosen, who's been my producer exclusively on all these movies – the past four movies at least – I Iet him read it, but I really like it to be done in my mind when I actually turn it over to let anybody read.  I write a lot, and I've written all my movies, and then I've also written other scripts for practice or that I might want to make later, so I've gotten pretty good at editing myself and getting things at least ninety percent there.  But this script, I let Jeremy read.  I let Melissa read, and I think that's it.”

When you're writing, about how many drafts do you go through?

“I don't really know the best answer to that because my process is I wake up, and I write, and then the next day, I wake up, and I reread what I wrote, and I'm editing while I'm writing.  It’s never really a full-draft rewrite, as much as it is every day I'm rereading from start to wherever I finish the night before.  It's kind of a daily rewrite, I guess.”

Do you keep a writing schedule?  Do you write x-number of hours every day or at a certain time every day?  What is your process as far as that goes?

“Yeah, when I actually sit down, and I'm actually writing the script, I do.  I wake up about 6:00 AM and go straight to my computer and start writing.  I make coffee and sit down and just start reading what I had written the night before, then I write for about five hours, and then I usually go to the gym or for a drive or whatever and come back and maybe put in another couple hours, and then I make my notes for what I want to tackle the next day or ideas I have, then I wake up and do it all over again.”

“Yeah.  It's taken a while to figure out that method, but it works for me.”

I'd like to talk about the scene where Frank Grillo does that dance.  Did he come up with that or was that actually choreographed? 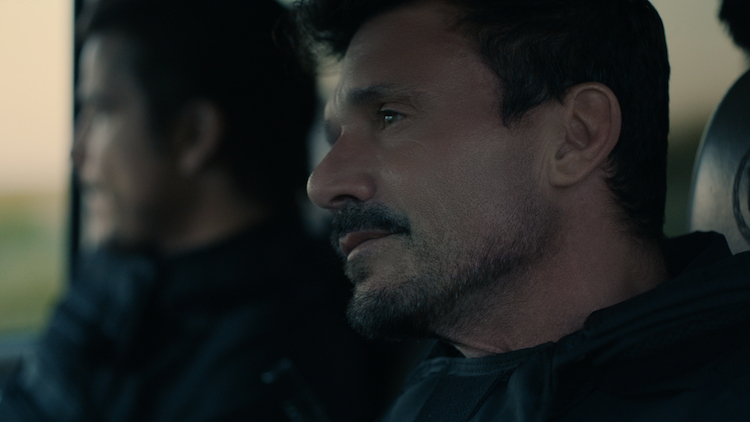 “No.  The choreography was Frank just dancing, which was such a treat.  The actual idea for the scene came from, I think, earlier that day.  Jeremy Rosen is the music supervisor, as well as the producer.  He went out and sourced three options, with "Promises, Promises" being one of them, so that's a three-pronged execution between Frank's choreography, my idea for the scene, and Jeremy finding the music.”

I'm a big fan of his, but he really creeped me out in that scene.  Just something about it.  What was it like directing it?

“You know, I had a blast directing that scene.  I had so much fun doing it.  I think I made him do it about ten or eleven times.  It was great; I really couldn't get enough of it.”

In this movie, of course, they want to get the mom paroled.  What are your thoughts on parole in general?

“I think people make mistakes in life, and I think there are obviously bigger mistakes than others, be it burglary, armed robbery, or murder.  I mean, there's a wide spectrum of crimes that are committed, but I don't really know what the best way to judge somebody, or what the protocol would be to grant parole.  I don't necessarily think what's in place is right, but I don't really have an answer for what would be better either, if that makes sense.” 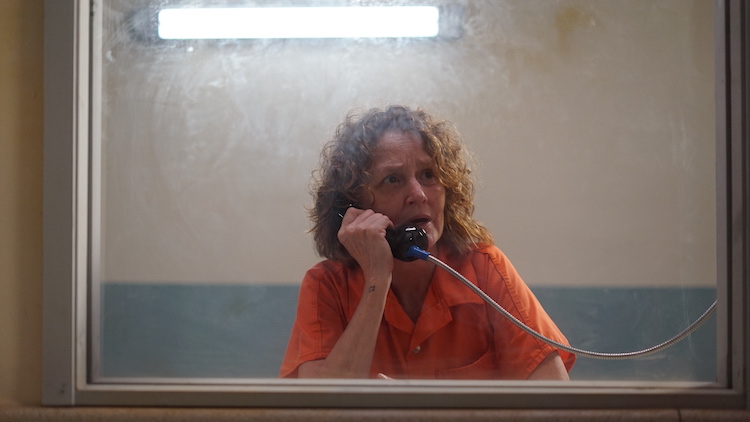 What was the most memorable day on set for you and why?

Yeah.  It was really cool.  Of which scene are you most proud and why?

“I'm really proud of the scene between Melissa and Josh in the prison, when she meets Darla for the first time.  I just love how we executed the camera and the dolly and the zoom into the hand, where she passes the note for Zion and all of that.  I think we kind of envisioned that scene being like that and being shot like that, and sometimes it works, and sometimes it doesn't, and that time it did, so I'm pretty proud of that.” 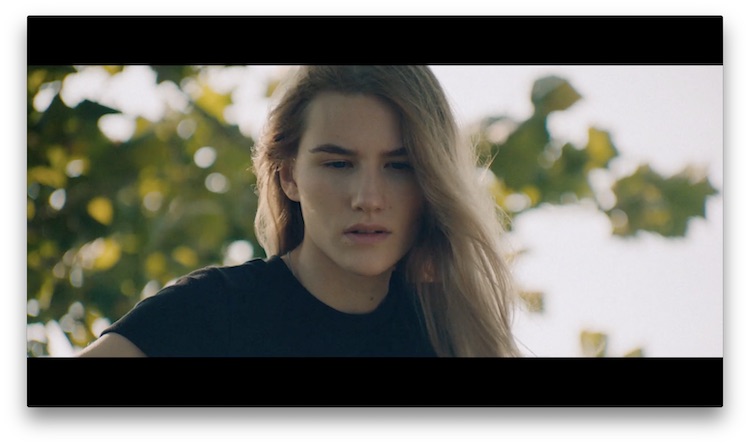 Who was the most valuable player on your crew, and what'd they do?

“The most valuable player to me is my producer, Jeremy.  He's my best friend/partner in all these, so I'd say him first, and then second would be our line producer, Nicole Flores, who's become a great friend of both of ours and a partner to us.  She keeps the whole show running, and without her, things would fall apart.  I'm extremely grateful for her.”

What is your biggest complaint about your career choice?

“I guess, the uncertainty.  I'm not necessarily in control of when things happen or how they happen.  I'm at the mercy of financiers and a lot of different people's schedules and availabilities.  There are a lot of moving parts.  That uncertainty and the kind of perfect storm that needs to happen to make a movie can be nerve-wracking at times.  Not knowing, that would be the biggest complaint.”

Do you do a lot of reading?

Do you ever get inspiration from dreams?  I mean, where do your ideas come from, really?

“For me, it's changed.  It used to be other movies or ideas I've had since I was younger.  As I get older, and I learn more about the filmmaking process, now it's like, I understand how things are shot, so it's a location that maybe I could shoot a certain way, or a kind of person that I meet that, because of the way they are, you could approach writing a scene about them in a certain way.  So now, it's more locations and people that inspire me, more than anything.” 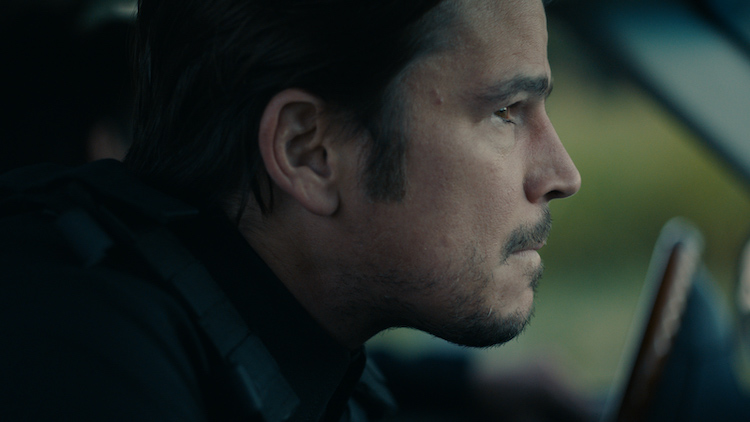 And are you planning on shooting outside of Oklahoma or is Oklahoma the ideal?

Well, I just finished a film called CANDY LAND that we shot in Montana.  That was a first for me, going up there.  Quite enjoyed it.  I like shooting outside of Oklahoma, but I would be lying if I didn't say I was most comfortable here and enjoy it a lot here.”

“It was beautiful.  It was a different challenge because I didn't know it.  I'd never been there, so it was a lot of fun to explore and really see how good of a filmmaker I was outside of where I'd grown up, where I'd shot most of my movies.  It was a fun challenge.”

If you are interested in watching a well-crafted family crime story or just seeing Frank Grillo's (sexy? creepy? alluring?) dance, IDA RED comes out in theaters, on Digital, and on Demand tomorrow.  Check out the trailer.  While you're doing that, I'm going to try to track down all the dance footage that wasn't used in the movie.  Barbarella out!