You Really Should Know What Joey Travolta and INCLUSION FILMS Have Been Up To! 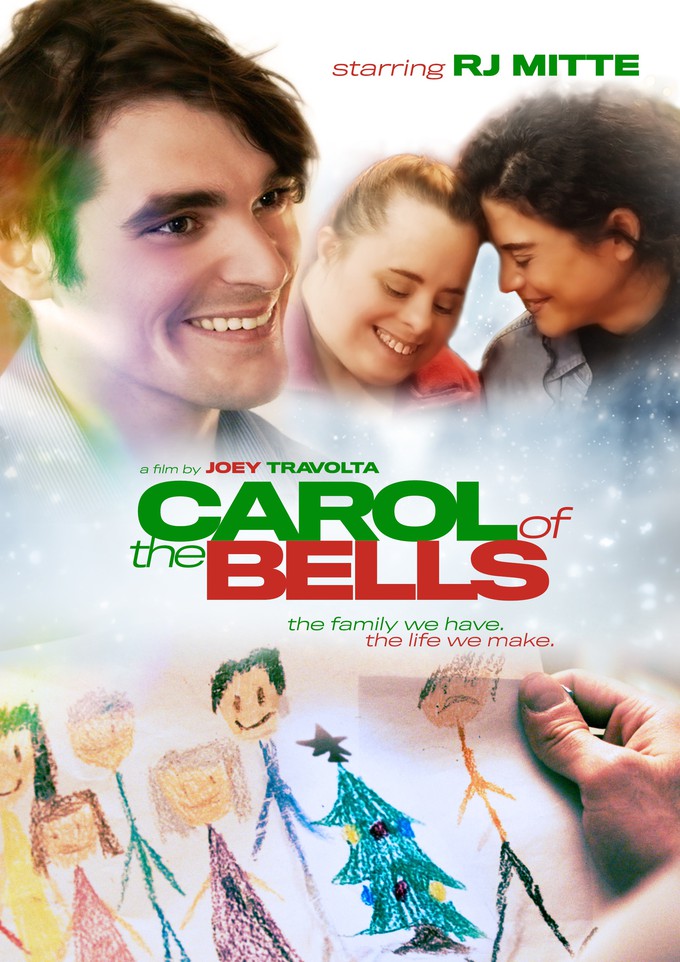 Hey guys, Prometheus here with something a bit different. One of the coolest perks of writing for AICN, is getting to talk to interesting people. Well, recently I had the opportunity to interview Joey Travolta, John Travolta’s older brother. If you’re asking, “what’s so cool about that,” let me tell you a little bit about Inclusion Films, and their first full-length feature, CAROL OF THE BELLS!

Here’s a blurb from their official website to catch you up! (The highlights are my own.)

“Inclusion Films, started in 2007 by veteran filmmaker Joey Travolta, teaches filmmaking to individuals with developmental disabilities in six dedicated production studios throughout California. In addition to our workshops, we travel the country doing short film camps for children and adults with developmental disabilities. Our production team is available for hire for your custom film and video needs.

In 2019, Inclusion Films produced the world’s first feature film with up to 70% of the cast and production crew having a developmental disability. Carol of the Bells, directed by Joey Travolta, changed the world’s perspective on disabilities both on-camera, and behind the camera.”

OK, now that you're up to speed, that’s freaking awesome right? You can check out the official synopsis and trailer for CAROL OF THE BELLS, plus our in-depth conversation below! (Be sure to check out the links included after the interview for some behind the scenes, heartwarming goodness!)

”A young man with a troubled past seeks out his biological mother. His world is turned upside down upon discovering that she is developmentally disabled. Unable to work through this new discovery on his own, the man's wife takes matters into her own hands forcing her husband to face the truth and heal the past.” 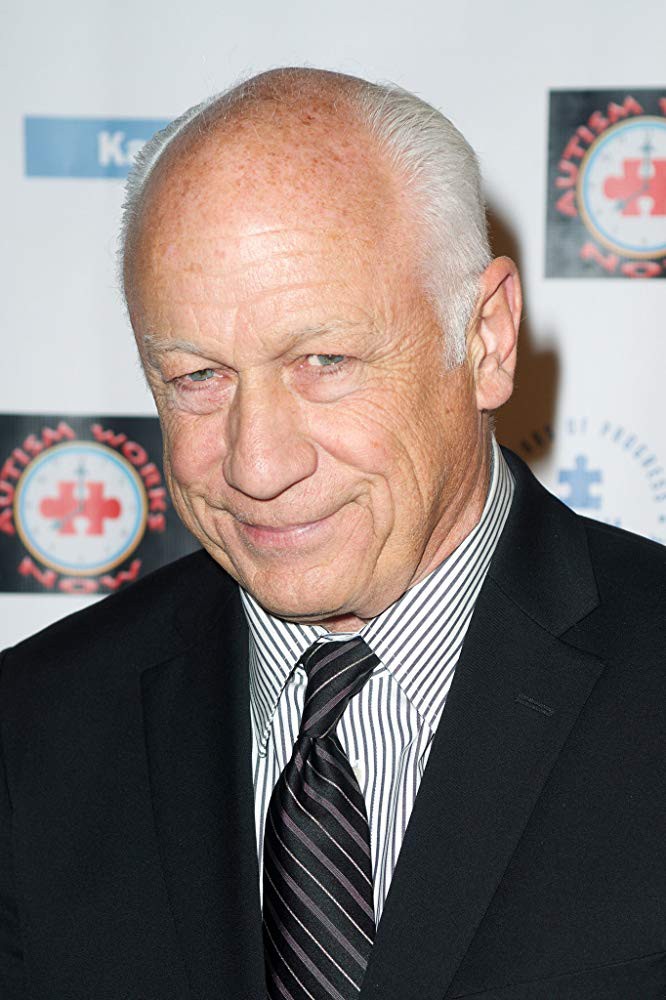 JS: Thanks for the phone call! I understand you have a movie coming out, which you directed, Carol of the Bells.”

JT: Yes, Carol of the Bells comes out on March 3rd.

JS: I wanted to talk to you about Carol of the Bells, specifically. It won the audience award for best feature at San Diego International Film Festival?

JT: It’s made a few rounds, but it was all on request. When people found out the origins of it, that seventy percent of the crew had developmental disabilities, that was a big part of the push with it. We were involved with the Bentonville Film Festival for three years doing the inclusion and diversity part of it. Because originally the Bentonville Film Festival were women filmmakers, and they wanted to add layers to it, so I started doing like a film camp. Besides running workshops for adults with developmental disabilities, I do camps for kids that are neuro-diverse all over the country. So that was the dream, to do a film where most of the crew were trained at the workshops. So, it’s very exciting.

JS: That’s freaking awesome! What gave you the idea? What got you into it, Joey?

JT: Well, I was a special-ed teacher, so it was in my heart. In the early 2000s, I was producing and directing two pictures a year and I was getting folks out of top film schools that didn’t know their way around a set and I learned film making from being an actor first, then writer producer and then director, but I didn’t go to school for it, I learned it on the set and I thought; what if I could give this opportunity to other folks?

When I was originally doing it, it was for anyone, not just for (people with) special needs, but when I was putting Inclusion Films together I was doing camps for kids that are neuro-diverse and I met with the regional center in California. They loved the camp and they asked if I had anything for adults. I said I had been developing this practical film workshop where we take students through the whole process of making the film – while we make a film, and they get to work in every department.

So, they said, “man we want that idea would you consider working with our population?” Because there’s a tsunami of folks with autism that are coming into the workplace - and there’s nothing for them. That 2007, we did a pilot program, and now we have six programs around the state of California training folks with developmental disabilities and the doors are starting to open, but I really wanted to do one that was simple to do that we could make an impact with and make a film with 70 percent of the crew made up of students. It was really to prove the point that when given an opportunity, what someone can do.

JS: That’s awesome! So, this is the first film from Inclusion Films?

JS: Now, Inclusion Films; it’s not just actors? It’s actors and people behind the scenes that do lighting, etc.?

JT: We just do acting to build confidence.  The acting part of it, when you look at anything that you do; whether you’re a salesman, or you’re a teacher, or lawyer, you need to be able to sell yourself and feel confident in presenting yourself. They’re also learning editing, camera and lighting, and art department; building sets, building props, so it’s a practical film workshop and hopefully, if we do well with it, there’ll be more to come.

JS: I can imagine there will be plenty more to come, it’s just such an awesome idea.

JT: Twenty percent of the population has a disability and they have parents, and they have brothers and sisters and they have aunts and uncles and grandparents. So many people are affected. Everybody knows somebody with a kid who has autism or a disability. It’s a market that’s not marketed to and it’s a big buying market. Why not make things that are made by our folks, showing what can be done, and be entertaining at the same time?

That was the sell for me (with Carol of the Bells), and the story was such a sweet story about a young man who’s in search of his birth mother and when he finally finds her, he finds out she has a developmental disability. It’s a sweet film, with a lot of heart, and all my performers and actors were embracing of our kids and our crew. They all said it was the best crew that had ever worked with because everybody cared about what they were doing. It wasn’t just a job.

JS: Right, it meant to something to them.

JT: It meant something to them, and that’s what makes it really special and it’s a real tearjerker, too so…

JS: You don’t see that all too often.

JT: Exactly. We’re making a film that people would be interested in seeing. It’s not an action movie, there’s no guns or anything like that. It’s just a slice-of-life story that reflects all of society.

JS: And as you said, it touches everybody. Everyone has somebody; that in some way is affected by autism. It’s obvious that it’s something you care about, Joey.

JT: It is. When you see these guys succeed it’s just – it’s just cool. It was a labor of love and I hope that people see that side and see what these guys are capable of doing.

JS: Now, you actually started your career as a singer?

JT: Yeah, I was on Casablanca Records, Millennium Records and I ended up on Sugar Hill; the rap label.

JT: Sugar Hill - I come from Englewood New Jersey, and their studio was in Englewood. That was the start of rap. I wasn’t a rap artist, but they were the first ones to have a crossover with “Rappers Delight.” Then I was on Casablanca (Records) with Donna Summer and Kiss. It seems like just yesterday, but it was 1979. How many years is that now? Fifty years?”

JS: Do you still sing?

JT: No. I write music once in a while for films, but not really. Once I got into directing, that was it for me. I loved it.

JS: I have one last silly question for you.

JS: Who’s the better dancer, you or John?

JT: Well, other than me teaching John?

JT: What John went through with “Saturday Night Fever,” I lived that. In the early ’70s the club scene was more underground and then, disco died. Remember when they burned all the records in Kaminski Park? Disco was dead for a while and he brought it back. But we’re all dancers. All my sisters were dancers. We all move well, but he’s a great dancer. If you ever meet him, he’s a good guy, my brother. He’s a special man.

JS: Thank you so much for your time, Joey.

JT: I appreciate it, man. I really do. Take care.

TRAILER WITH BEHIND THE SCENES

DOING MORE PRESENTS: THE MAKING OF CAROL OF THE BELLS

As you can see, INCLUSION FILMS is doing some really special and amazing work. Joey was an absolute pleasure to speak with and talking to him, you can tell this is something that he holds dear. CAROL OF THE BELLS stars Lee Purcell, Andrea F. Friedman, and Yuly Mireles. You can see the full cast and crew here!

CAROL OF THE BELLS hits VOD and DVD on March 3rd!! Be sure to spread to the word! That’s all for now! Until next time, keep on geekin’ on, my friends!