Hey friends, Barbarella here. Jason Eisener (Hobo With a Shotgun) has a new film coming out January 20, 2023 – Kids Vs. Aliens. Yes, it’s a lot of what you’d expect: kids, aliens, goop, and practical effects. However, it also offers a phenomenal score and great set design that may not be so easily anticipated. I totally enjoy the film, as it offers a child’s eye view of alien attacks with the seemingly endless energy of youth. My only issue with the film deals with a bully character, who despite witnessing horrific actions aliens are taking, still has the wherewithal to continue to bully his victims. I mean, I think in that situation, there’d be other things on his mind. It’s a minor gripe, though, and the beautiful set and score, along with just how fun it is, more than make up for that. Also, the authenticity with which the kids talk proves refreshing. These characters sound just like my friend’s twelve-year old. Tonally, Kids Vs. Aliens feels more like an adventure film than sci-fi horror, and I think that’s another part of its charm. Bursting with energy, Kids Vs. Aliens is a great option if you’re looking for something a little more spirited and fun. 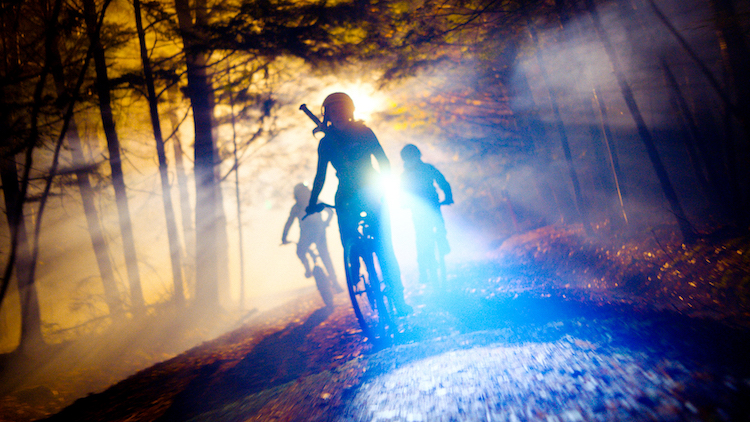 I had the opportunity to catch up with Jason Eisener in September while he was premiering the film at Austin’s Fantastic Fest. Check out our conversation!

“I'm glad to be here. I love it here. Austin's like a second home for me, and it's actually kind of where my film career took off. I did a fake trailer for a fake movie for a contest done by SXSW and Robert Rodriguez for Grindhouse. I made this little trailer called “Hobo with a Shotgun,” and it won. That was my first time leaving my hometown and showing something that I made to people I don't know, and Austin just accepted me and liked what I was doing and has been supporting me ever since.

“Coming back with my next movie, it feels great. There’s part of me that's like, "Oh, I wish all my friends back home and family could be here for it." But, this is the second best I could get to that sort of feeling, because it does feel like home, in a way. And then once I show it here, then I'll take it back home and show everyone there.”

I saw Hobo with a Shotgun at BNAT.

“Oh wow. Yeah. I was thinking about this the other day, because I played my rough cut that had all temp music. It was all music from other movies and stuff, so that's the only time people ever saw that version of that movie where it had soundtrack from Halloween III and whatnot. I often think, “Man, that was crazy. I can't believe I actually showed that to an audience.”” 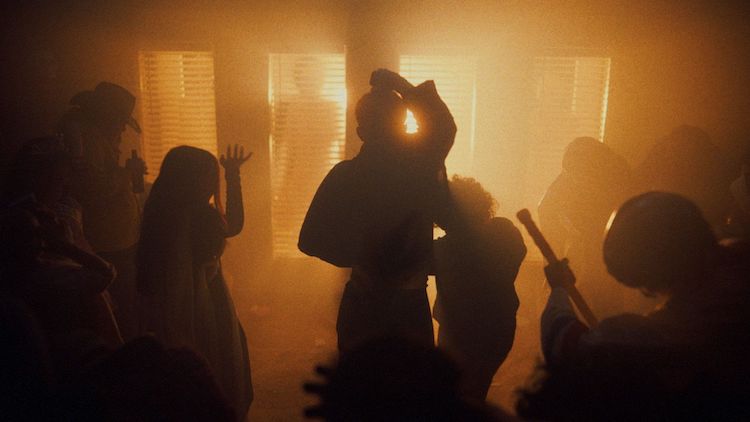 So, with Kids Vs. Aliens, first of all, I just want to talk about the score. That score sounds so amazing.

“Thank you. I'm glad you said that. The composer is one of my best friends. We went to college together. His name is Andrew Gordon Macpherson, and we've known each other for so long. I do this TV show called Dark Side of the Ring, which is a true-crime documentary series all within the world of pro wrestling. We did thirty documentaries, and he composed the music for all of them, and now we're doing a new show, and he's doing all that as well, too. It's like when you meet someone or have an artist friend that you're just on the same wavelength, and they know what you're going to say before you even say it. We spent a year working on the soundtrack for the movie. When I went in development for the movie, he was sending me songs as inspiration for it. I would play those songs on set to create an atmosphere or just to go along with the tempo of the songs, because I wanted the movie to be a very musical experience. I wanted people to be watching the movie, and you could bob your head along with the tunes. Then, once the aliens crash the film, there are all these themes in it that were inspired by the adventure movies that we grew up with. In the beginning, you'll hear little hints of them, and then by the end of the movie, you're just full-on in the full realization of those themes. Yeah, that was a big part of making the movie. The score is just as much a character, if not one of the main characters.”

When you're discussing the music, did you give particular notes? Did you just let him read the script, and he went from there?

“Yeah, he read the script, and he just started making music off the script. We were talking about some of the movies that I was inspired by, then I had my own temp music throughout the whole thing, kind of like what you saw with the Hobo with a Shotgun cut. There was stuff from the Ghostbusters soundtrack. He-Man: Masters of the Universe, the Dolph Lundgren movie, has an amazing score, and so some of that was in there. Some of Predator 2 score was in there, as well.” 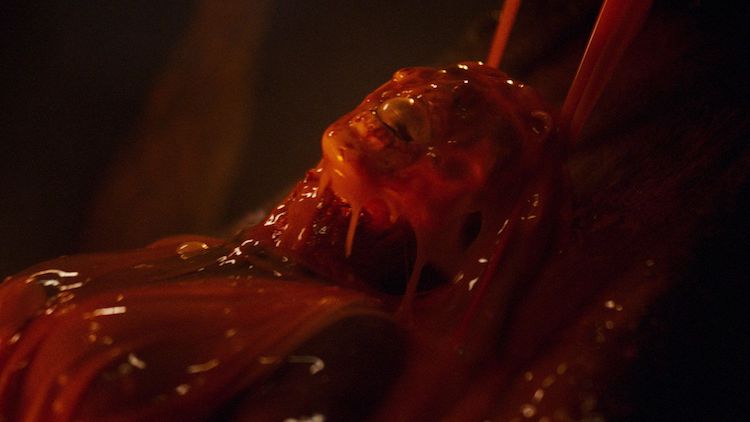 Fun. I want to talk about the aliens because I love the design. Conceptually, who came up with that, and how did it evolve from the first idea to what we see on screen?

“Yeah. Well, when I was a kid, the same age as the characters, I don't know, maybe a little younger, I was in fifth grade. I remember being terrified of aliens. I saw a trailer on TV for Fire in the Sky. There was just the trailer, and the trailer showed most of the one scary moment, and it said it was based on a true story. I was like, “What the hell? This is real? People get abducted by beings from space?” I was so scared. The way I reacted to it was going to the library and reading every book on alien abductions and UFO sightings so I could prepare myself for if it were to ever happen to me. I could be ready or know what to do. I guess I was always scared of the tall, gray aliens. There's been small ones, big ones, but there's something about the almost close to the human figure that I've always found kind of creepy and unsettling.

“Also, as a kid, I had really bad sleep paralysis, so I would see dark figures come into my room and stuff. I could never see their faces; it was always just a figure. When I was a kid, and I couldn't explain that, or my parents didn't know what the hell it was or whatever, I thought in the back of my mind, “Am I being visited by aliens?" So, yeah, it's just my childhood fears. That's kind of the representation. That design is what scared me, what I thought that they would maybe look like.” 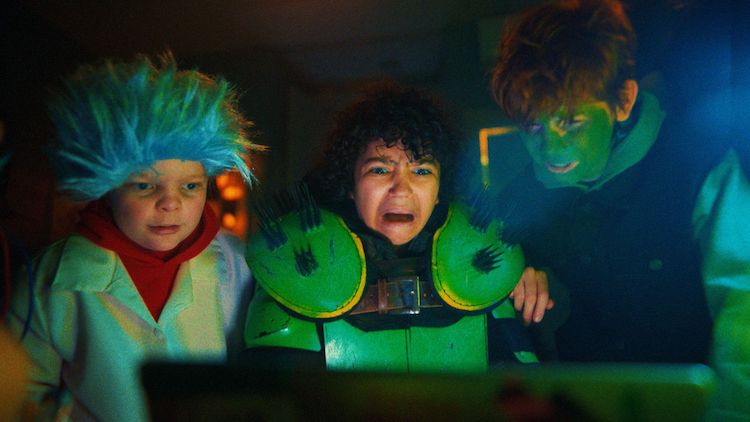 Yeah. You mentioned sleep paralysis. Did you ever see that documentary, The Nightmare?

“Oh, yeah. That had a huge effect on me. I was just telling someone about that, how I saw the film at the Stanley Film Festival, and Rodney Asher, the filmmaker, was there. I cried when I saw the movie because people were explaining these experiences that I had, that I've never talked to anyone else who experienced it like that. I told Rodney that, and I told him some of my stories. And he was like, “Oh man, we should have had you in the documentary.” But yeah, that was very, very powerful. It's a great documentary.”

I was so creeped out after seeing it. I got goosebumps and everything. If somebody did this right in a narrative way, it could be the scariest movie ever.

“I know, I agree. And I think James Wan is actually one of the best filmmakers who's created some imagery that reminds me of sleep paralysis. I wonder, if he may even have it because he seems to be really in tune with just the feeling of it. But yeah, those stories in that doc, that's like what I would experience.”

That's crazy. Back to your movie though, I've heard it said that you should never work with kids because it's just a troublesome kind of situation. But after you've done this, what do you think about that? 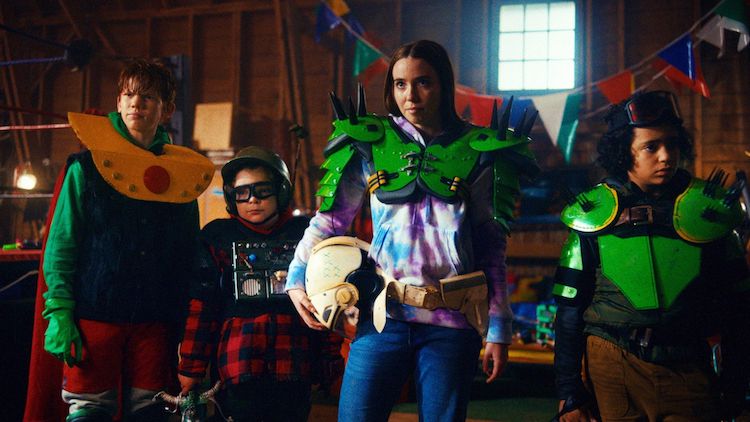 “I've always loved working with kids. Even before I started making movies, I worked on documentaries. I worked on a documentary series for Discovery Kids, and I, with a team, followed a group of kid divers diving on different locations around South America. I always love the energy of working with kids and young minds. And on Kids Vs. Aliens, we were always leaning on the kids for ideas, or allowing them to have the freedom to feel like they could bring ideas or improv lines and stuff. And so I love that.

“I'm so lucky that I've worked with kids that are really into it, and they get so inspired. I can tell that the gears are turning for future things, whether they're going to continue acting or want to get behind the scenes and make their own movies. I could see that a lot with our kids, too. They start just getting really fascinated by the behind-the-scenes aspect of making the movie, and that's so cool because I felt like we're making a movie about kids making a movie, but I wanted to feel like we're kids making a movie about that.” 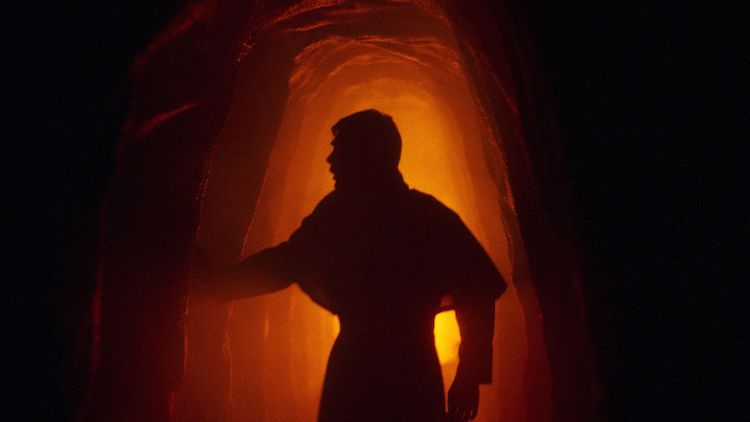 Right. I guess my last question would be, what was your favorite memory from the shoot?

“Oh, my gosh. That is a good question. I should have a good answer for that. I don't know, this is probably not the best answer, but I'm so nostalgic already. We shot that film in October, November, and it also takes place around Halloween, and it's always been a dream to film a movie back home around that time period, in the fall.

My partner was on set every day. We’d wake up – there's a clubhouse that kids hang out in this big barn – and just go and sit in there and just think about the day ahead and just hang out on the couch that the kids have. The writer and I would just show up, and we'd start playing with all the set that was there.

I'm just so nostalgic for that time period already. I'll wake up some mornings and be like, "God, I wish we were just going to that barn, just getting ready to have a fun day with kids and make a crazy movie." The whole experience of making the film was just so... It was probably my favorite experience of making anything. My dream is to do it again. If people like this movie enough, hopefully we'll get to make another one and just get to do it all again.”

If you want to check out Jason Eisener's kid-centric flick, and I think you do, Kids Vs. Aliens will be in Theaters, On Demand and Digital on January 20, 2023. Here’s the trailer.