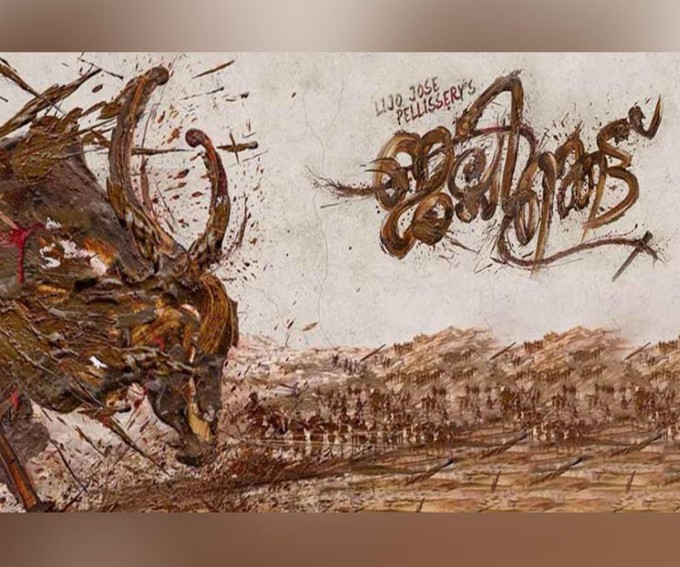 Hola Dannie aqui,
Yesterday I had the pleasure of seeing a film that is inarguably original and fantastic! "JALLIKATTU" is a non-stop adrenaline fused journey into chaos, the film grips you by the throat leaving you gasping for air. Director Lijo Jose Pellissery harnesses a unique vision and utilization of cinematography, geography, choreography, and culture. The use of film and sound editing disturb and delight the viewer on a very unforgettable and psychological level. 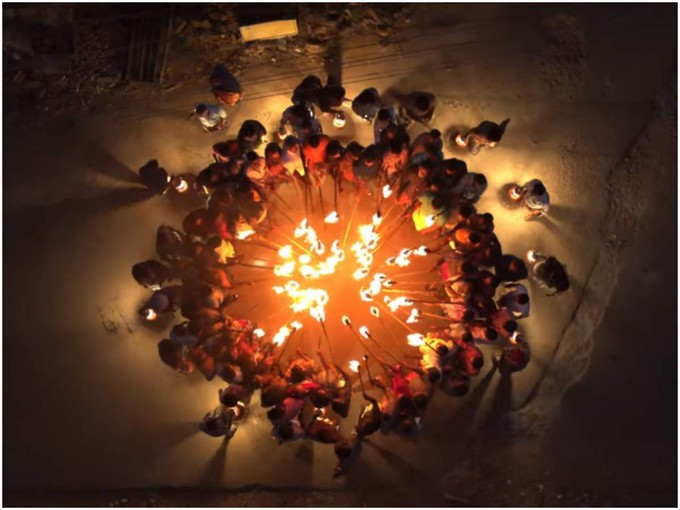 This film is an experience.
It whisks you away to a rural community in India that like most revolves around the most basic human need, food. The opening of "Jallikattu" immediately introduces the viewer to several characters and their day to day routines, the editing throughout this builds to finally a moment of calm. The village is silently a slumber when the camera guides us to three men in the woods set to slaughter a water buffalo for a local man's daughters engagement party. The slaughter being something repeatedly shown to us throughout the almost "groundhog day" opening. However, this time, when the butcher raises his mallet of death, the ropes holding the massive beast slip through his comrades' fingers, and so begins the primal madness that is the film "JALLIKATTU." 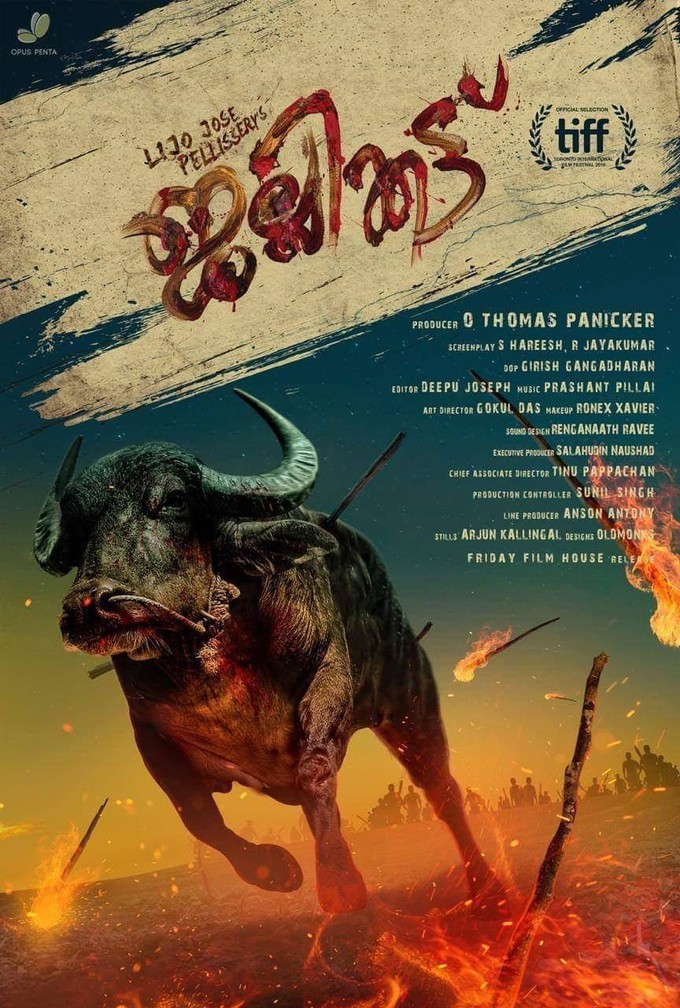 The bull proceeds to exact revenge on behalf of all his fallen buffalo brethren by terrorizing the fuck out of this village! This bull has horns and uses them to rip through farms, orchards, churches, shops, homes, and humans. The villagers form a maniacal mob set on trapping and killing the monstrous mouthwatering mass of meat. Throughout the hunt the crowd devolves into a very "Lord of the Flies" filled mentality, making illogical and knee-jerk caveman crazed decisions as well as of course ego-fueled infighting. Thusly they have a tough time capturing the terrified and bloodthirsty cow. 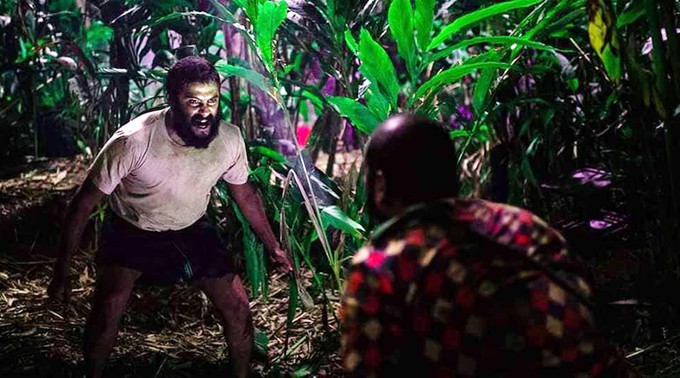 I felt for the critter more than the chaotic crowd of idiots and ended up routing for the 600-1,200 pound fear-filled four-legged "beast." The film draws one to analyze man's ability to lose a rational thought in a rage-fueled frenzy. Also, the end credits has some astonishingly beautiful animation.

This film is magnificent.

"JALLIKATTU" will leave you psychologically and philosophically scarred. The director of this film, in my opinion, has walked into the hallways of my heart and mind with masterful precision. If I were to compare this film to another, it would definitely be Roman Polanski's 1965 psychological masterpiece "REPULSION." Repulsion, I have always considered one of the most disturbing pieces of cinema with hardly any films comparable, well "REPULSION" meet "JALLIKATTU."

So folks, if you have a chance to see or support "JALLIKATTU" fracking do it, the film is unforgettable and a real gem from India and a gift to cinema-goers everywhere! Here below is the teaser as well as a video of director Lijo Jose Pellissery at TIFF. I am off to see more Fantastic Fest films!