Ken with an interview of Frank Sabatella, the director of a highly recommended vampire horror film titled THE SHED.

THE SHED is a simple idea snuggled up in a complex blanket.  It starts with a man bitten in the woods.  No big deal, there’s ticks galore out there.  This time though it’s a humanoid creature and after the bite our guy is allergic to the sun.  Allergic, as in he gets really ashy when the sun rays hit him, like that bald peacenik in NIGHTBREED.  With the sun rising and nowhere to go the shed nearby seems the best hideaway.

Stan (Jay Jay Warren) lives on the property and is rudely woken up from his dream of a happy family to the reality of living with his grandpa.  His grandpa isn’t only his last remaining family member, he’s also a dick.  Stan has to make some tough choices once he realizes there’s a monster in his tool shed.

Themes of vengeance run deep in this fantastically original horror film.  All the actors do a great job, though the sheriff (Siobhan Fallon Hogan) didn’t quite feel authentic enough for me.  The ending is also not as strong as the first three quarters of the film.  However, these are minor quibbles and the movie starts strong and never really lets up.

THE SHED is available in theaters and VOD and Digital HD Nov. 15th.

I can’t recommend THE SHED enough to lovers of 70’-80’s horror or anyone who likes a good vampire flick. 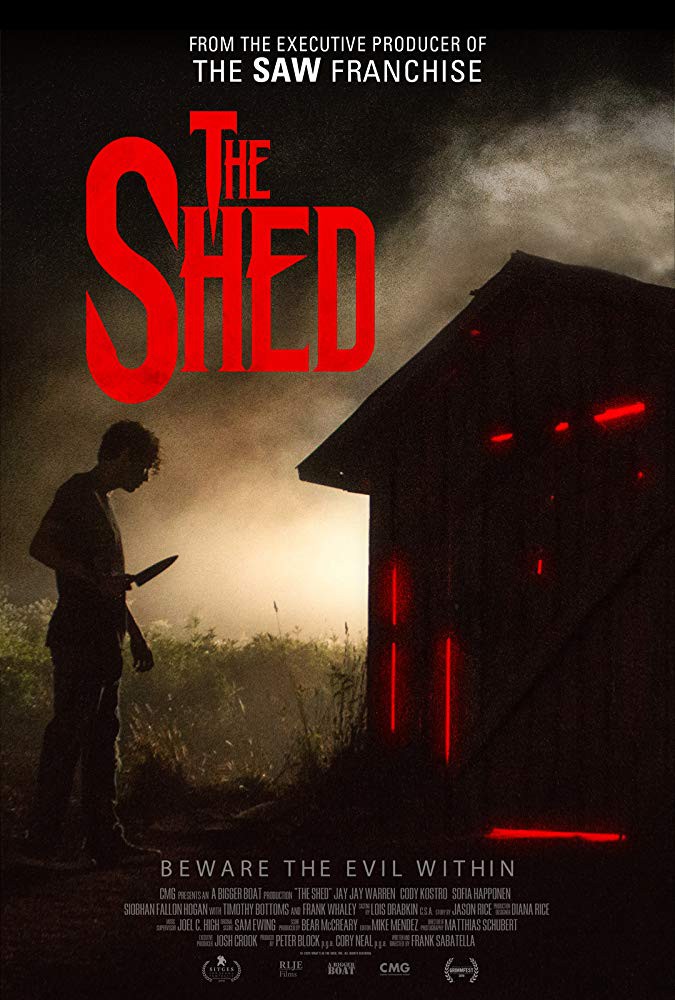 Without further ado, my interview with Frank Sabatella, the writer/director of THE SHED. 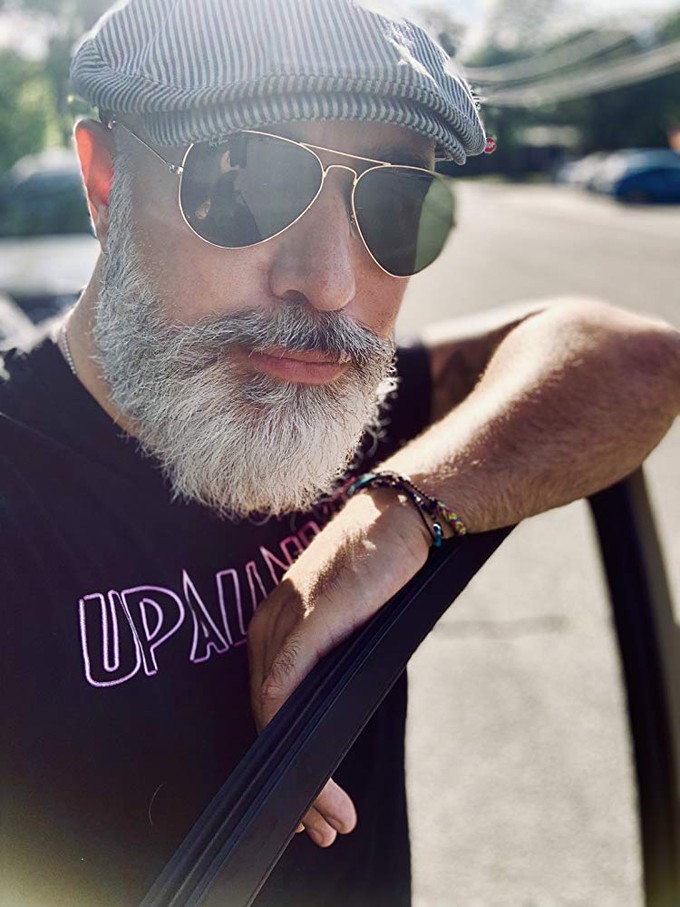 Freddy Beans:  Hey Frank, how are you doing today?

Frank Sabatella:  I’m doing good Fred.  How are you?

I saw THE SHED and loved the concept.  It really reminded me of an old 80’s practical effects driven horror movie.

In your own words can you give a brief synopsis of THE SHED for our readers?

FS:  THE SHED is about a juvenile delinquent that finds himself with a vampire trapped inside his tool shed.  Once he makes this discovery, his entire life changes.  As this secret gets out about him, his life starts falling apart and horror ensues.

FB:  That’s good man.  You don’t want to ruin it.  The idea is to get the audience in to see this film.

What was the hardest part of making this film Frank?
FS:  The hardest part was probably just battling the short shooting schedule that we had.  It’s a pretty ambitious film, in that we had a lot of practical effects, a lot of stunts and a lot of character drama in there.  We had a 17 day shooting schedule.  Which is ridiculous for a feature film.  We were really working against the clock.  My cinematographer and I had to come up with ways to be very smart about the shooting.  Getting the great looking coverage, while telling the story in an effective way.  Hopefully, please the horror audiences with a great looking, scary film.

FB:  I’m a horror maniac who would fit that audience and I had a great time with the film.  I told my girlfriend how great it was after I watched it.  You should be proud of it.

Just to play the flipside, what was your favorite aspect of filming THE SHED?

FS:  My favorite aspect actually would be the same thing.  I like an active production.  I never felt at any point like we were wasting time or not doing the most we could do.  I think we had a really great crew and cast and during the shooting hours it was all business.  It was tense.  Once the shooting was all completed, we all still hung out together.  We were staying at the same hotel and everyone would go back, shower up and head out together to get some food and drinks and hang out.  The best thing for me was the hard work and the camaraderie that followed it.

FB:  That’s awesome.  I like that answer a lot.

What was it about Jay Jay Warren that made him stand out as your fit for Stan, during his audition.  I found him perfect for the role. 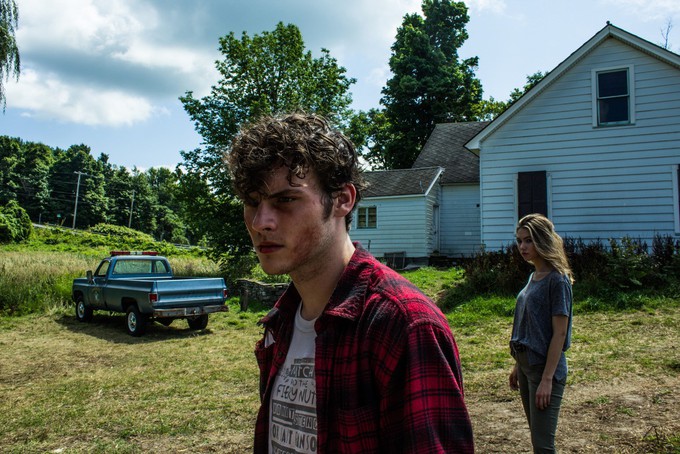 FS:  That’s exactly it.  He stood out in the audition for the simple fact he was an actual teenager.  He wasn’t a 35 year old guy playing a 17 year old.  He struck me as a kid who understood the material, his performance was on point and I could feel he was going to put in the hard work and brave the ruckus, which he did.

FB:  He genuinely fits the bill.
THE SHED is a simple concept but played pretty brilliantly.  You even play with the Wolfman lore in the beginning.  I’m not sure if you did that on purpose or not but the beginning really reminded me more of the Wolfman tale, with the bite.

FS:  The bite passing on the curse.

FB:  Exactly!  So what was your inspiration for the film?
FS:  The core concept of a vampire stuck within a shed is a short story that a buddy of mine in film school wrote back in 2002.  I loved that little kernel.  I made my first film BLOOD NIGHT:  THE LEGEND OF MARY HATCHET and afterwords, his story kept creeping back into my head.  I called him up and I asked him if I could use his story for my next feature and he said “Sure, go for it.”  It started as the simple idea of the vampire stuck in the shed and it was expanded into everything you see encompassed in the film.  The vast sense of neglect and the disenfranchised kids that are emotionally detached and stuck in this world and that’s how it snowballed into what you watched.

FB:  That’s great!
THE SHED really feels like, from someone born in the 70’s, sort of an homage to my era of horror filmmaking.  I had a strong NEAR DARK vibe for obvious reasons, dealing in vampires but also from the, this is a real fun and loose film before it gets down and dirty.  I was wondering if that was intentional on your part? 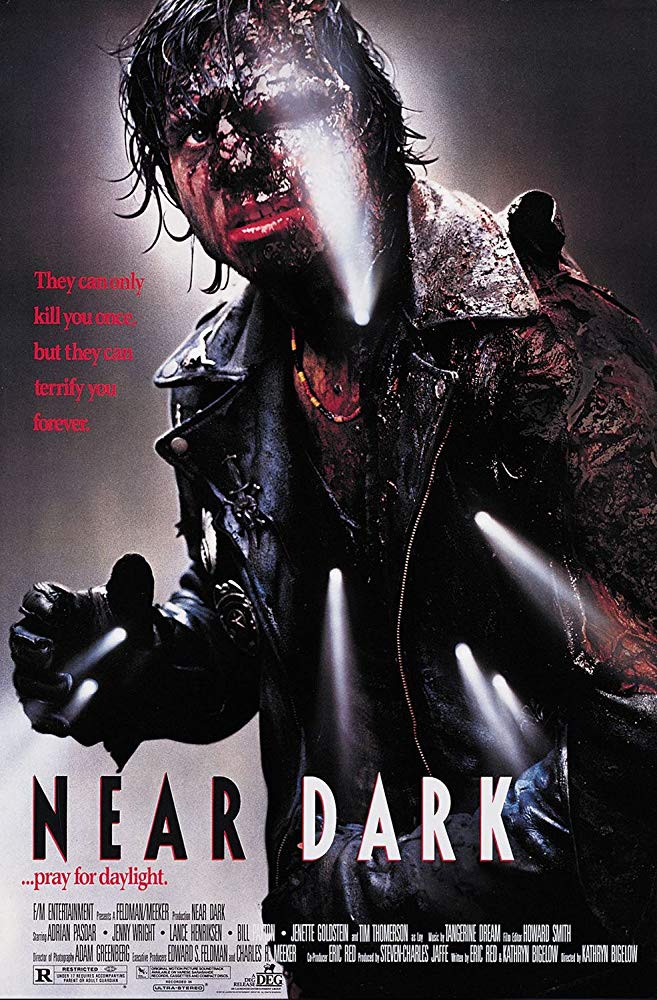 FS:  Yes, that was totally intentional.  I was born in the 70’s also.  I grew up on a steady diet of 80’s horror.  I was a teenager in the 90’s and yeah, I guess that type of film is in my blood.  Where a horror movie can be fun, cool and scary.  NEAR DARK was totally an influence on me for the film.  I asked the crew to watch sequences from it.  It was important to get some of that feeling out to some of the people I was working with.  The three films I made people watch was, THE LOST BOYS, NEAR DARK and THE RIVERS EDGE.  Those are my main three and a little FRIGHT NIGHT as well.

FB:  That is BAD ASS.  You just named a nice portion of my teenage years. 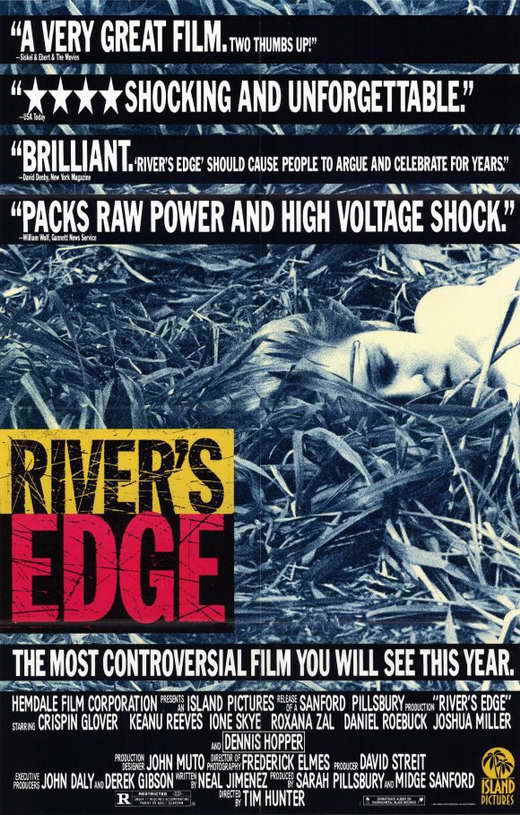 You’re a man of many talents, writer/producer/director, I was wondering what your favorite hat to don was and why?
FS:  Definitely, director.  I think I love directing so much because it enables me to work with many artists and join and bond them together, to create something hopefully better than all of us.  If that makes sense?

FB:  Absolutely, you’re in essence a project manager, keeping all the parts and pieces doing their bit to make the machine turn.

FS:  Something I kept saying to my crew on set was, “I’m counting on you to be smarter than me.”  What I meant by that is I wanted to show them what I want.  Then I wanted them to go, yeah that’s awesome and here’s what we’re going to do and we’re going to do it better than you think it can be done.  They did that every single time.  It feels really good to be a director and have these incredibly talented artists that you can count on to produce a great version.  I think that’s why I enjoy it so much.

FB:  Sounds like you have a pretty good handle on the job too.  You want to give freedom but also within your parameters, ya know?

FS:  Totally.  Yeah, you can’t have people going rogue on ya. (Laughs)

FB:  (Laughs) I don’t know, maybe if you have Jack Nicholson or Al Pacino or something.

I saw you had a cameo acting in THE RANGER recently.  I was wondering if you could tell me what you enjoyed about that experience? 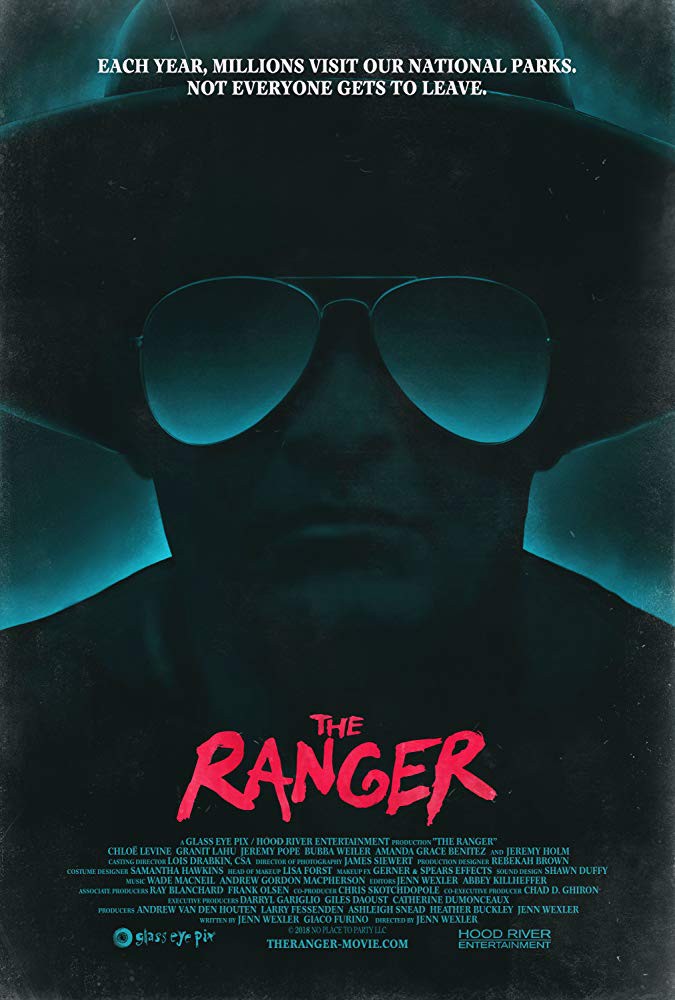 FS:  I think coining me as an actor would be a very very loose interpretation.  I’m very good friends with the director Jenn Wexler, the director.  When they were filming the opening scene in THE RANGER, was at a punk rock club in New York City called Don Pedro’s.  I was just hanging out that night and she asked if I wanted to get out in the crowd and be a punk.  I said sure.  I literally just stood in a crowd.  I don’t’ know if I’m actually on camera.

FB:  I’m glad I didn’t pretend I remembered you from it.  (Laughs)  I just saw the credit and had to ask.

FB:  What’s your favorite horror movie all-time and any recent ones that stood out?

FS:  I think for my favorite all-time, it would be TEXAS CHAINSAW MASSACRE and FRIDAY THE 13th, those are my favorites.  I’m a huge sucker for the Friday the 13th franchise, up to part seven.

FS:  For recent movies, I really enjoyed PYEWACKET, THE AUTOPSY OF JANE DOE.  I really liked THE WITCH, it wasn’t for everybody but there’s something I really liked about it.

FB:  I loved THE WITCH.  I like the eclectic mix of your horror movie likes there. 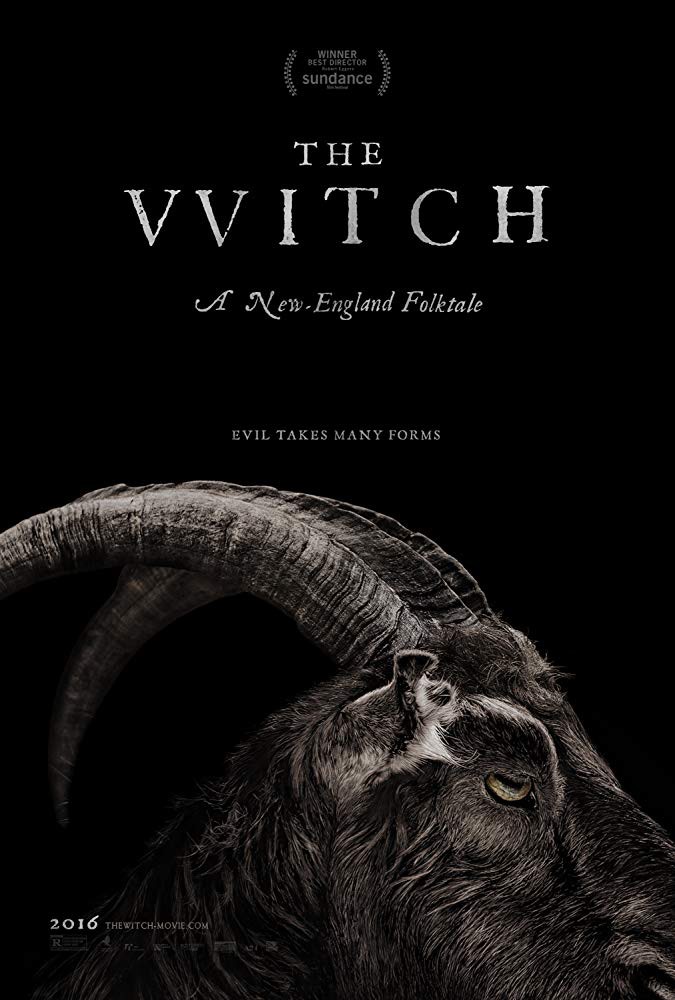 Name a book you’d recommend for people to read?
FS:  I recommend everyone read SELF-RELIANCE by Ralph Waldo Emerson.  It’s more of an essay but I carry it every I go with me and it’s a great book.

FB:  I’m a voracious reader so I like to hear what other people are reading to see if there’s any that call to me.

FS:  I really enjoyed MY BEST FRIEND’S EXORCISM.  I read it last year and it’s a really cool book.  If you’re a fan of 70’s-80’s horror you will enjoy this book.

FB:  Thank you, I will keep an eye out for that one. 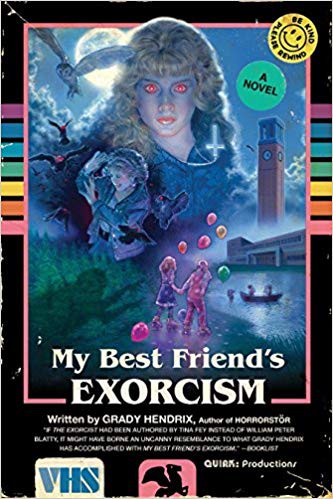 What should our readers look out for, from Frank Sabatella next?

FS:  I just started developing two different stories and I’m not sure which one I’m going to go full throttle on.  I’m leaning towards one where two girls are just starting to dabble in witchcraft and they are trying to evoke an entity for revenge against those that have wronged them.  Once the entity arrives something goes horribly wrong.

FB:  That has a large DEMONS vibe there.  I can’t wait to see it.  Good luck in everything moving forward Frank!
FS:  Thank you very much.