Barbarella here to tell you about a documentary that released on VOD/Digital and Blu-Ray/DVD this week, INSTABAND. I’ve been a music fan for as long as I can remember.  While I’ve never attempted to pursue it as a career, live music has always been a form of sustenance for me.  I have been frequenting music venues in and around Austin, TX for decades.  I once was called a musician based on the theory that without my fandom, live music wouldn’t exist as it is.  I’m not sure I buy that theory, but I do like being considered on a similar level as some of my favorite people ever, musicians.  Having made friends with some incredibly talented local musicians, I’ve heard countless stories of the struggles they face trying to eke out a living through their music.  Because of this, the discussions regarding these challenges in INSTABAND aren’t anything new to me, but many of the ways in which musicians cope with today’s challenges are. 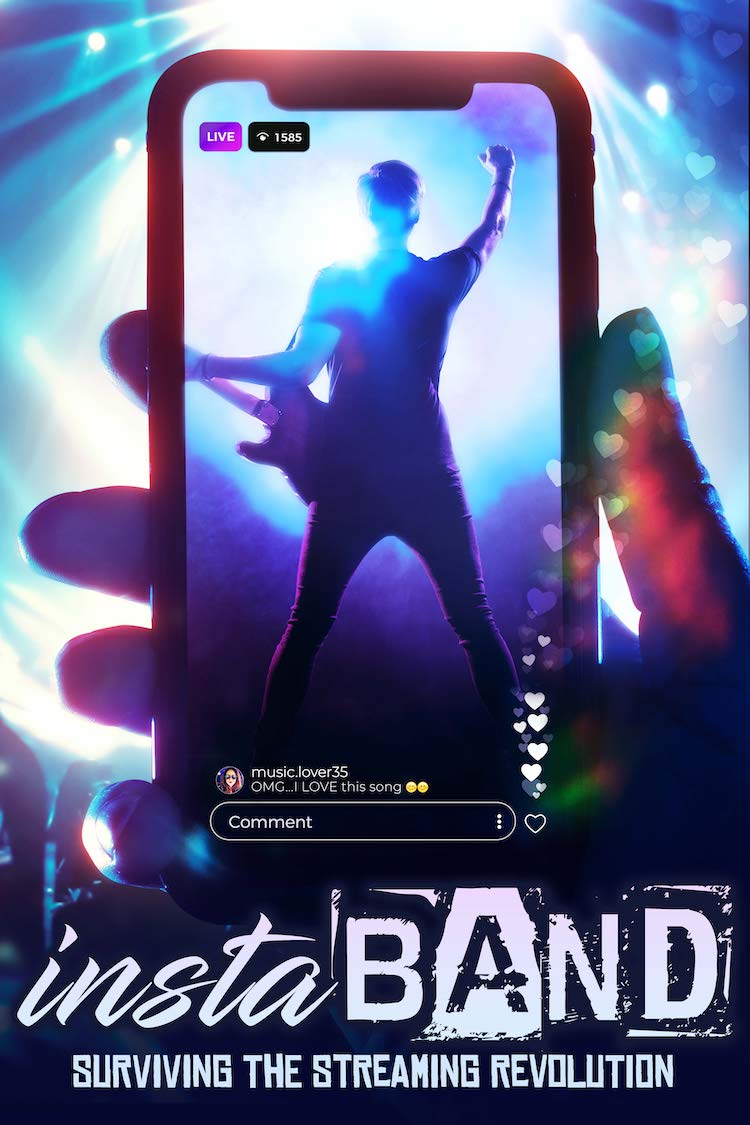 Written and directed by Bob Rose, INSTABAND reviews the evolution of the music business, addressing everything from MTV to record labels to Napster to Spotify.  Compiling interviews from a variety of musicians across the country, it successfully paints a picture of what the music industry is today and projects ideas of what it may become in the future.  Along the way, the film examines branding, social media, accessibility, saturation, and a variety of ways that musicians have pivoted to enable them to continue to pursue their passion for music in a world that increasingly devalues it as technology advances.

At times, INSTABAND seems to lack focus, transitioning from one topic to another.  One interview will touch on a topic, then footage of interviews addressing that topic follow.  While one could argue that's good use of transitions, it feels more like the entire documentary is just going from one tangent to the next. Yet, I still appreciate much of the information presented, and I find the varied viewpoints and opinions musicians share to be insightful.  Some of those musicians interviewed include PHANGS, Sam Tinnesz, Adara, The Ries Brothers, Kid Politics, Paul McDonald, and Ray Wimley.

One of the more interesting aspects of the film for me deals with the different ways musicians adapt to stay relevant in an industry that has been upended.  I appreciate that the film includes so many different musicians, but at the same time, I almost would have preferred if fewer were included, but we spent more time with them and heard more of their music.  What we see and hear from most of the performers interviewed isn't quite enough for me to get a true sense of them.  I believe having a better sense of the people behind the talking heads on the screen would have enriched the film.  INSTABAND is a good music documentary, but it’s not great.  My favorite music documentaries are ANVIL! THE STORY OF ANVIL and A BAND CALLED DEATH.  Both tackle their stories with insight and generate a powerful emotional connection with the bands they cover.  In contrast, INSTABAND feels somewhat sterile.  It’s an informative documentary with people expressing their opinions and discussing topics, yet I want a little more of the human experience to be captured in their stories, something to draw me in and make me really connect and empathize more with the plight of the modern-era musician.   While occasionally there’d be a hint of this, a glimpse of a possible underlying heartache, nothing bubbles to the surface enough to create any substantial reaction from me.  When all is said and done, the only band that strikes a chord with me is Stealing Oceans.  The band’s frontman Brian Thompson expresses some sentiments and ideas that make me instantly like and admire him.  It just seems like he's a truly compassionate human being.  I’m glad that Bob Rose includes as much coverage of that band as he does.

Overall, I’m glad I saw INSTABAND, as I learned a few things, heard a variety of perspectives on the music business, and most importantly, got exposed to some artists with whom I had previously been unfamiliar.  I’m still relatively old school when it comes to discovering new music.  I tend to rely on the radio, music festivals, talk shows, or looking up something I heard in a film or tv show for that.  However, this documentary reminds me of the plethora of bands out there, and all the ways to get exposure to them.  I should really spend more time on platforms like Spotify and discover more of them.   To all the musicians out there, thank you for the gift you give to the world.  Please don’t ever forget the incredible impact your music has on us.