Barbarella’s Not in Love with I’M NOT IN LOVE 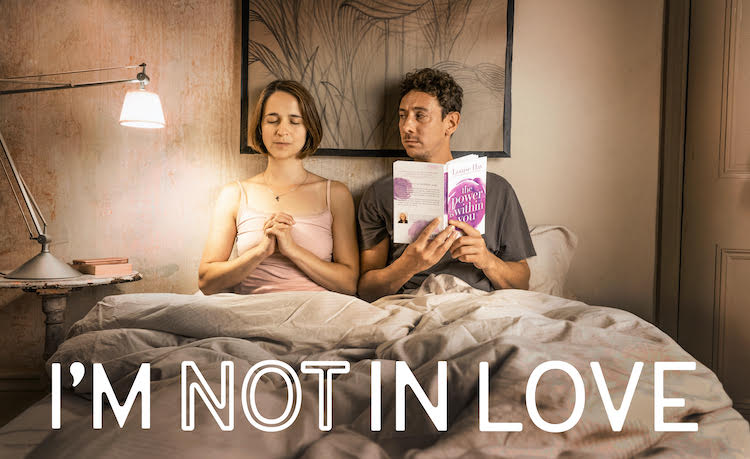 Hey, friends.  Barbarella here.  I always find it somewhat humorous when I’m asked to review a rom-com, because I’ve never hidden the fact that I’m not the biggest fan of that genre.  Don’t get me wrong; there are definitely some rom-coms out there that I absolutely love, but they are few and far between, and some are downright twisted.  When presented with the option to cover British “anti-romcom” I’M NOT IN LOVE, I figured it might be something up my alley, but it turns out I was wrong.  While I appreciate some aspects of the film, other qualities irritate me, and those outweigh what I like.

In the film, when pressured towards getting married and having kids, Rob searches his soul and seeks advice from his friends regarding whether or not his long-term girlfriend is really the person with whom he wants to spend the rest of his life. 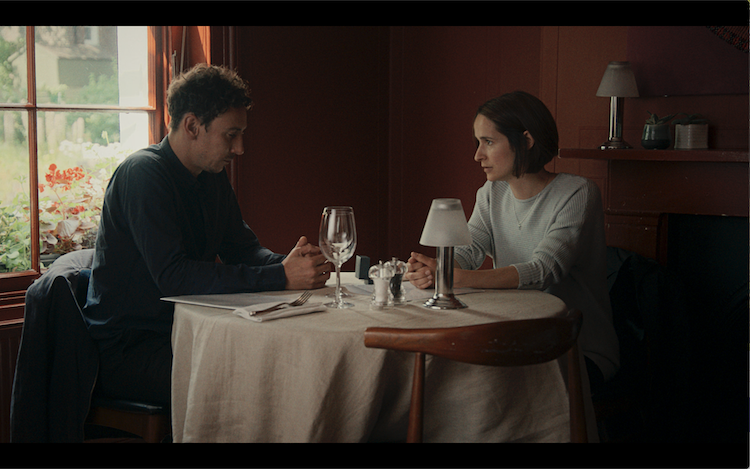 One thing I enjoy about the film is that it doesn’t follow the same old Hollywood rom-com formulas.  Little surprises throughout make it a bit more interesting than I would have expected, although they don’t come close to making up for other problematic aspects, like the many unlikable characters.

For starters, his friends are awful.  On the one hand, the married ones convey notions of marriage as sacrifice.  They seem to tolerate their wives more than anything else.  On the other hand, his single friend encourages him to date around, even though Rob’s currently in a relationship.  Rob also basically just drifts through his life, floating whichever way the current takes him, and so I don’t find him particularly likable, either.  I feel that these characters reflect poorly on the male gender.  This has been touted as a more realistic rom-com, but I think, in reality, men are a lot more complex and less awful than this film would lead one to believe. 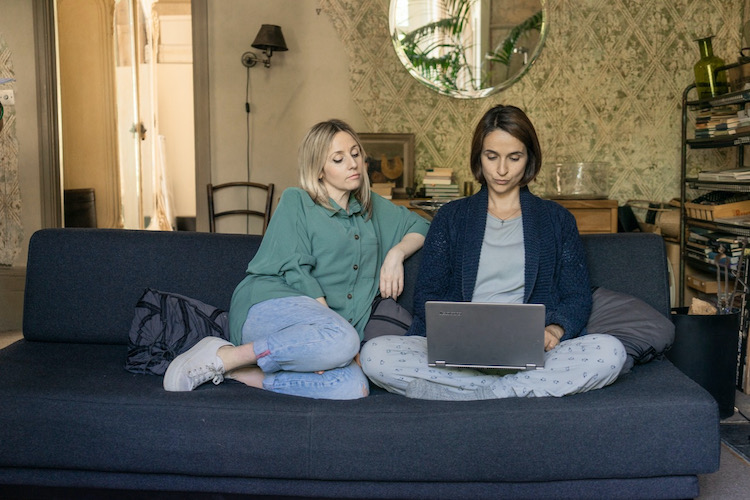 It’s not just the men in this film whom I dislike, though.  Almost all the women are equally bad, with most of them being quite mean.  Also, do women still want nothing more in life than to get married and have kids?  I mean, there are so many other options these days.  I concede that many women probably do still want to go the family route, but I wish we'd see more women in cinema who don’t.  I would’ve loved if there were another character in her corner, perhaps someone to tell her she doen’t need anyone else to complete her, no matter what Jerry Maguire makes people believe.  To be clear, I’m not anti-marriage or anti-family, and I’d never tell anyone how to live his/her/their/zir life.  I would just expect a greater variety of perspectives and more complex characters these days, especially if you’re going to promote your film as a more realistic look at relationships.

Speaking of realistic, does anyone believe a successful, attractive man who works in the health/nutrition field wouldn’t have a ton of women flirting with him all the time?  I don’t.  In fact, I don’t really believe a lot of the scenarios here.  For me, the most realistic event deals with how two people could remember the same experience in completely different ways and have completely different interpretations of what actually happened.  I find that one scene rather amusing.  In fact, a few moments peppered throughout the film make me chuckle and even audibly laugh a little.

Yet, even with its occasional giggle-eliciting moments, I just couldn’t get invested in these people or the situations in which they find themselves.  Simply put, I’m not in love with I’M NOT IN LOVE.