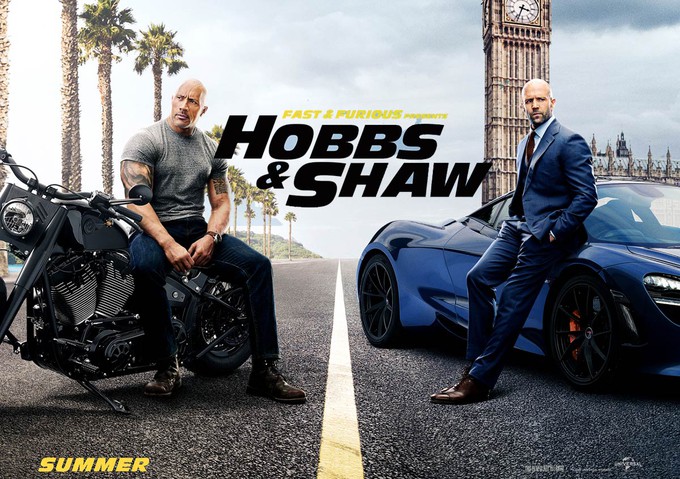 FAST & FURIOUS PRESENTS: HOBBS & SHAW and IDRIS ELBA as BLACK SUPERMAN!   THE FAST & THE FURIOUS franchise lost it's mind with the very first film and has been accelerating into the bend of sanity ever since.  The films work on superhero physic levels of illogic and that's fine.   This new trailer has Idris Elba declaring himself as Black Superman, then confirmed by The Rock later.   The chemistry between Statham and Johnson that we witnessed in the last film, seems to be fully intact.   Here, watch them below:

Doesn't that look like a good time?  There's no Tank vs Submarine action, but there's that string of Muscle Trucks chained together versus an attack helicopter! All hinging on Dwayne's mighty arm!  Ludicrous speed accomplished!