Hey folks, Harry here...   2018's UPGRADE by Leigh Whannell was one of them low budget out of left field genre delights that not only knocked my socks off, but washed and ironed them too.   Shortly after it made geeks fave of the year lists, it was announced that Leigh would be directing a remake, of what I personally hold as my favorite Universal Horror film...    1933's classic James Whale production of HG Wells' THE INVISIBLE MAN starring the irreplaceable Claude Rains.

What is it about this film that just makes me go gaga?  It is the meglomaniacal rantings of the scientist driven mad by the chemicals that turned him invisible.  Whale's whale of a tale can barely take its lens off of Rains' unseen glee.   Tis a perfect film, timeless and something I seriously feel will never be topped - though it has been tried.

In my mind, if I were remaking Wells' story for the modern day, he'd hold the world hostage...  causing Chernobyl style disasters, releasing pathogens...  going big and monstrous.   I wanted an Invisible Man that would live up to Rains' braggadaccio and bring the whole world to its knees. 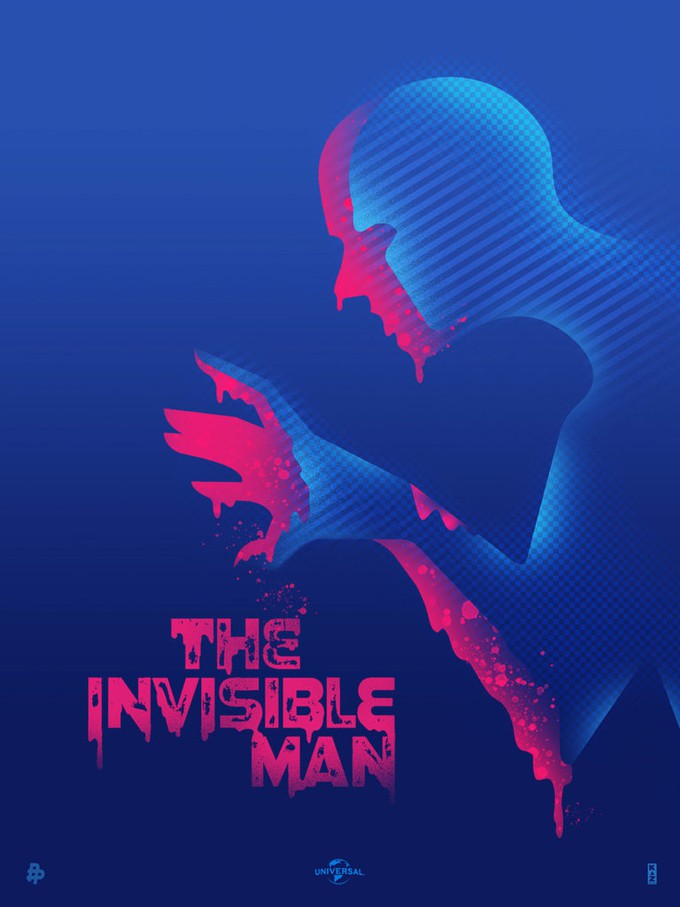 The great thing about movies is that the people that adapt the material think in different ways than you do.   I knew my dream wasn't gonna come true this time out - and if you're carrying in H.G. Wells into the theater - you'll likely be disappointed.

Here, the story doesn't even focus upon the titular INVISIBLE MAN... instead, it deals with his girlfriend played by Elisabeth Moss, the central character from the oppressively dour THE HANDMAID'S TALE on Hulu.   The film is centered upon Moss, who is in a brutally unhealthy relationship with a serial abuser and mind-fucker of a significant other.  The opening kind of reminded me of Beverly escaping her cocksucker of a husband in IT CHAPTER 2, only without that punch. 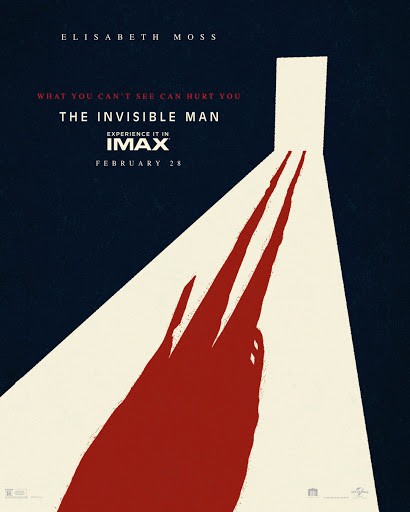 Moss' Cecilia manages to escape due to the help of a friend and is staying with an officer and his daughter, whilst trying to escape the monster that has given her some serious PTSD.  So much so, she's afraid to even walk out the front door of the home.   Even when her significan other, Adrian Griffin played by Oliver Jackson-Cohen, winds up dead - she still feels his presence.  His studious eyes.  She's developed a bit of a Spidey-Sense about the rat bastard.   Speaking of, Oliver Jackson-Cohen played the character in THE HAUNTING OF HILL HOUSE that had the drug problems - and we see little of him in this film, but once you make that pop-culture connection in your noggin, you know he's a piece of work.

Adrian Griffin also has a brother that is managing his estate - and is also twitching from a lifetime of abuse from his brother.

Now, that's about as far as I feel like telling you about the specifics of the film.   It's great advantage is that is laser focused on Elisabeth and her experiences.   Is she crazy?  Does she need serious medication?   Or is her dead boyfriend haunting her?  Or even worse, has he finagled a way to simply exist in her mind and the memory of that torment sending her off to do unheard of atrocities. 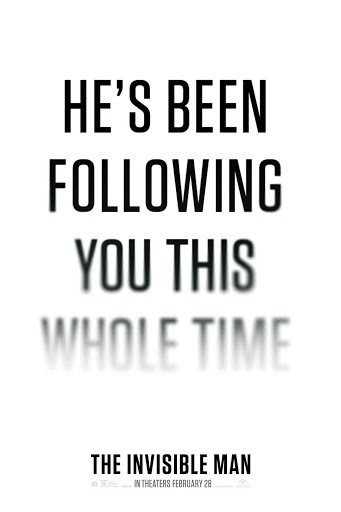 The best thing about the movie is frankly the framing of every shot - like HARVEY starring Jimmy Stewart, Leigh always leaves room for the Invisible character, whether he/she/it is there or not.   Guaranteed though, this is no pooka to enjoy drinks with.   This is an unseen rat bastard that's making choices to just...  seriously fuck the unseen assailant.

The film is quite abusive, but not as much as Verhoeven's THE HOLLOW MAN, although I'd say in some ways it is far more disturbing.  The serial gaslighting and torment...  the turning of family and friends against her.   It's an unsettling evil that doesn't much let up.   Once the film heads into SHOCK CORRIDOR territories - it hits a different gear - and the notion of Whannell directing ESCAPE FROM NEW YORK with Wyatt Russell feels all the better.

The Father/Cop played by Aldis Hodge is fantastic.  And will make you feel ancient when you realize he was Zeus's nephew in DIE HARD WITH A VENGEANCE.   Man, we're all getting old.   His daughter in this is played by Storm Reid and is much better than she was in the badly handled A WRINKLE IN TIME, but pretty on par with her work on HBO's EUPHORIA. 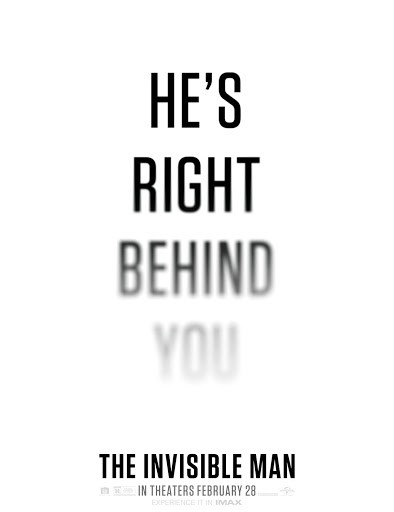 I know that the military is working on the "Invisible Suit" and for some people, seeing the invisibility handled through tech is all new and cool, but it really isn't - the Romulans and Klingons have been doing that shit since the 1960s and I always liked the bio-chemistry of the original tale.  That said - it works and when it's a bit spazzy - it is very very cool.

If you know somebody that's been  in an abusive relationship, this may not be the best film in the world to take them too.   That said, it's a helluva audience film.   The noises by nervous Nancies and skittish Steves were kinda hysterical throughout the film.   The huff of breath...  being THE audience moment for me.   That shit was precious!

Leigh Whannell is very much the real deal - the last half of this film is just intense, always ratcheting it up 3 or 4 notches.

So grab your Hazmat suit and hook the hoze into your popcorn bucket!  Might as well watch a killer movie before we all die! 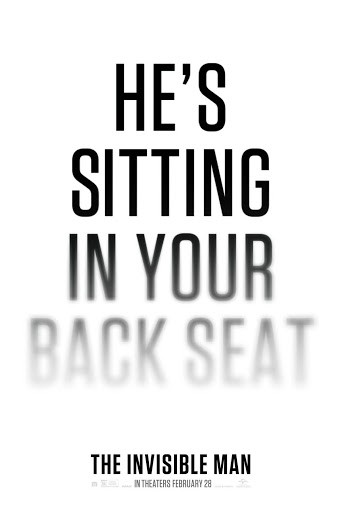