Harry hears the CALL OF THE WILD!!!

Hey folks, Harry here...  Like most everyone, I looked at the trailers for Chris Sanders' THE CALL OF THE WILD for 20th Century Studios and it looked laughably awful.   That said, the most famous version of this story shot was 1935's 20th Century Pictures' version by William Wellman starring Clark Gable in the role.   That film was extremely loosely based on Jack London's novel which centered upon Buck and a series of adventures that the St. Bernard/Collie went on.   That is not at all Wellman's film, nor was it the 1972 version that starred Charlton Heston.

Now if you're looking at the trailer for the new film, you'll see quite cartoonish animation of BUCK - and realize...  the cartoon of this film does not stop there...  The other animals, the backgrounds for the film...  a great deal of this film was born of animation, and going into the theater on this one, I knew that Chris Sanders' directing history was not live action at all, but films like LILO & STITCH for Disney and the original HOW TO TRAIN YOUR DRAGON for Dreamworks Animation, where he also made THE CROODS.

The beginning of THE CALL OF THE WILD is completely from Buck's point of view and he's a rambunctious lovable cartoon of a mutt - and it's jarring.   I mean, we've all seen the BEETHOVEN movies, right?   That big guy was lovable and real.  Why go this route?  Why not go real St Bernard and just CG for the stunts and precision that the dog couldn't do?  As I watched, this question kept bothering me.  Buck had broad facial movements that just left one feeling like you were being punk'd by the movie.   Not just that, but the acting by the human characters were all broad as hell.

The acting in the film by the human characters is grandiose and cartoonish, and as the film plays...  I realized, "Holy shit, this is working!"   Not just that, I realized this is every bit a classic animated film as Sanders' LILO & STITCH or HOW TO TRAIN YOUR DRAGON - but with Live Action characters scattered about - but even when you have someone like Harrison Ford on screen, this is BUCK's movie.   That lovable Mutt is the star and Ford has Chewbacca's part this time.

Sometimes it is impossible to lose those pre-judgement feelings you get when you see something that visually makes you want to see something to eviscerate it, but here's the thing.   Since I saw STAR WARS as a kid, I've watched every Harrison Ford film I could get my hands on.   And in this, like the novel, his character doesn't really come into the light until later in the film... with a few cameo style moments in the early parts of Buck's story.  Not just that, but Harrison is narrating Buck's story as though he were Jack London. 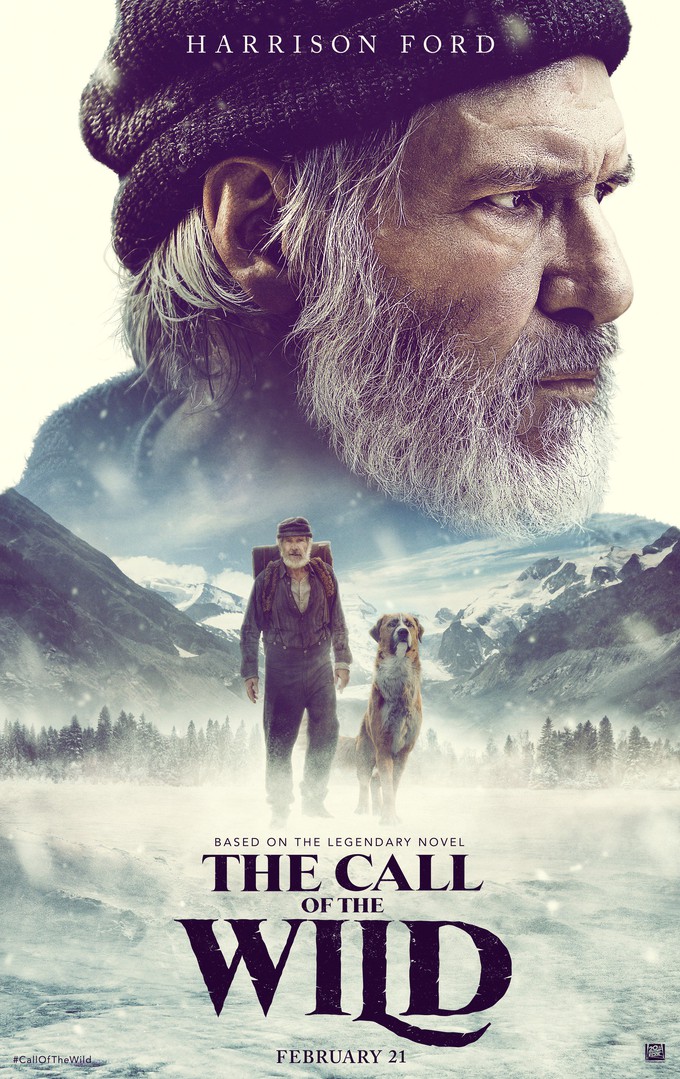 Harrison Ford narration?  Yeah, and I loved it in the original theatrical cut of BLADE RUNNER too.  I love Ford's voice...  for me, I'd know it in a microsecond and it makes me smile to hear.  In many ways this feels like the Western comedies that Disney made in the Seventies.   As well as a film like BEDKNOBS & BROOMSTICKS where you get reality meeting cartoon.  This is a perfect film to take kids too.

One they get a great rollicking Dog adventure story, one of the best stories ever about pooches.   They get old man Han Solo going on a heckuva adventure with Buck and if they like it, give them the book.   Then introduce them to WHITE FANG and my fave THE SEA WOLF, not a doggy story, but Holy Shit!  Michael Curtiz's film with Edward G Robinson, Ida Lupino and John Garfield is one of the great Black & White movies - and the novel and it go great together too!

If you've been taking youngesters to the "Live-Action" JUNGLE BOOK and LION KING films of Disney, this at least is an original adaptation and not a remake.   The film will capture you, just as London's writing did.   I was shocked in the theater in such a pleasant manner.  The film is far better than the Trailers make it out to be.   Give it a shot! 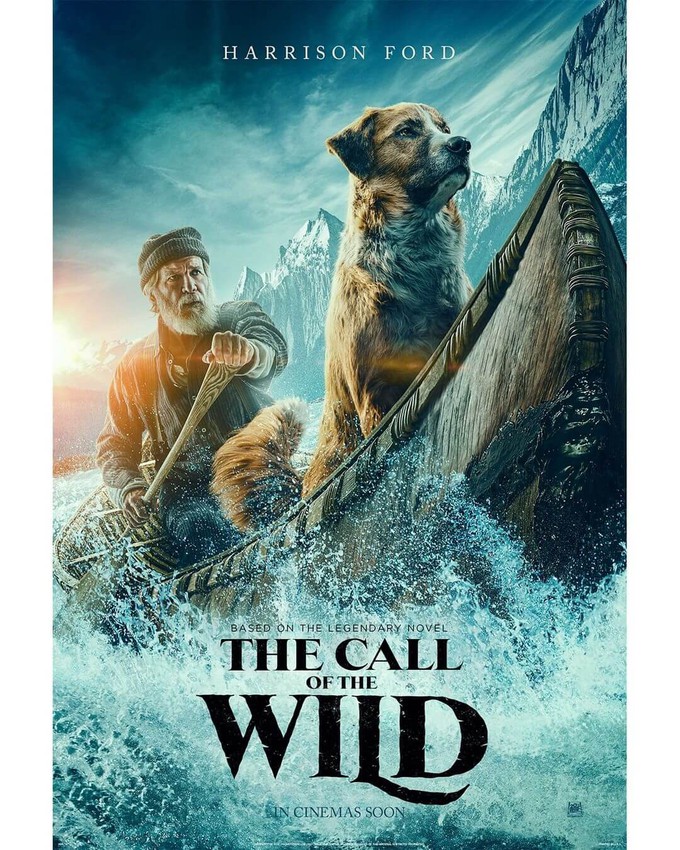