Barbarella Gets Bewitched by GRETEL & HANSEL

Barbarella here still contemplating GRETEL & HANSEL after attending a special screening this week at the American Legion in Austin, Texas.  Witches lurked around the grounds as attendees headed into the building for the screening with director Osgood “Oz” Perkins in attendance.   I snapped this photo of one of them right outside the main entrance. 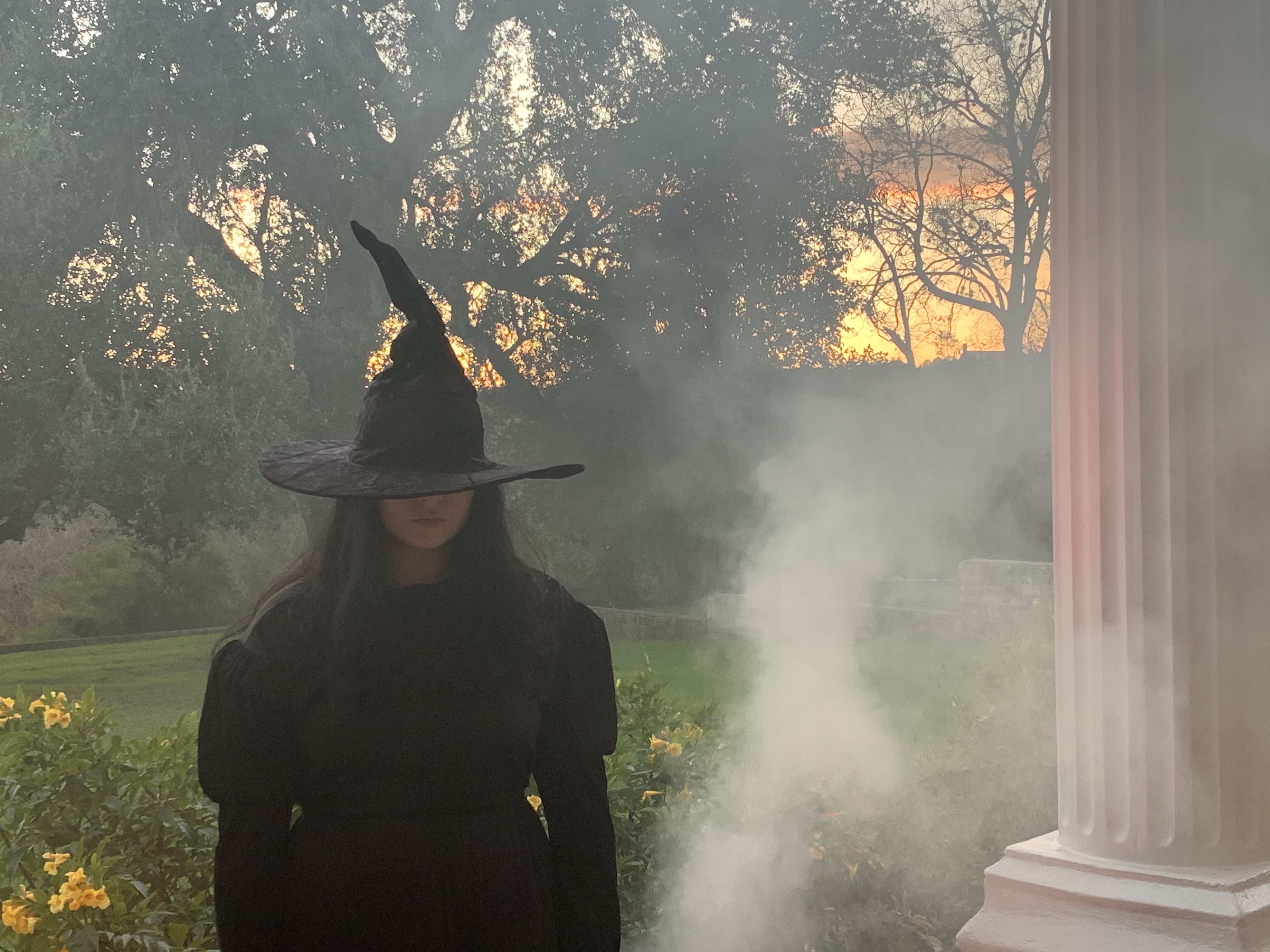 Writer Rob Hayes and Director Oz Perkins assemble a hauntingly beautiful spin on the classic Grimm fairy tale.   While it’s a story with which most are quite familiar, several alterations have been made to shake things up, including the title.  It may feel weird saying GRETEL & HANSEL after saying HANSEL & GRETEL for so long, but given that the screenplay focuses on her story, it makes sense to give Gretel top billing.  One could even say that this is a tale about being a young female struggling in the world.  The set-up proves far more intriguing than previous incarnations, and I appreciate getting a solid understanding of what Gretel must face as she and her brother venture out on their own.  Only one scene feels somewhat out of place, giving the sense that an actor accidentally left the set of one movie and found himself in this one, still in character, and interacting with the children.

Sophia Lillis (IT) as Gretel proves so captivating that the camera rarely allows her to escape its lens.  Samuel Leaky tackles the other half of the brother-sister duo, making an incredibly adorable Hansel.  It almost makes me want to have children.  Almost.  Alice Krige rounds out the primary roles as the mysterious Holda, who lives in a curious and visually intriguing house in the woods.  Unlike previous films, this house isn’t made of gingerbread or candy.  I assume it’s because a house like that in such a location would attract tons of ants.  Pervasive ants would make this a completely different movie.

The gingerbread house isn’t the only aspect of the original tale that has been removed.  This retelling also offers no breadcrumbs.  Rather, it presents a new and surprisingly current take on the story.  Including a more spellbinding dynamic among the characters proves an effective strategy.  It not only clearly depicts their relationships with each other, but also exposes how they view themselves in this world.  It asks questions of each of them in various ways which makes for a more engaging overall experience.

To provide some additional context and fodder on which audiences could chew, GRETEL & HANSEL includes a fairy tale within its fairy tale.  Having a tale on which the children grew up gives the characters added dimension as well.  At times, it feels like a film about self-discovery and growth, almost a coming-of-age story, but at times it feels like something altogether different, something dark and ill-fated.

GRETEL & HANSEL moves slowly through its paces, so fans of rapid-fire horror may find this a bit sluggish.  However, it is far from a boring rehash of a much-recounted story.  I appreciate the measured movement as Galo Olivares’ cinematography eloquently utilizes the beautifully designed and constructed set.  Musician and Composer Rob Coudert, credited as just “Rob,” provides a score that amplifies the sense of unease throughout.  This is a visual and auditory feast, with a provocative palette of colors and notes.

The combination of imagery and sound create a heavier, darker depiction of the fairy tale, which makes me think the Brothers Grimm would be pleased with it.  I know I certainly am. 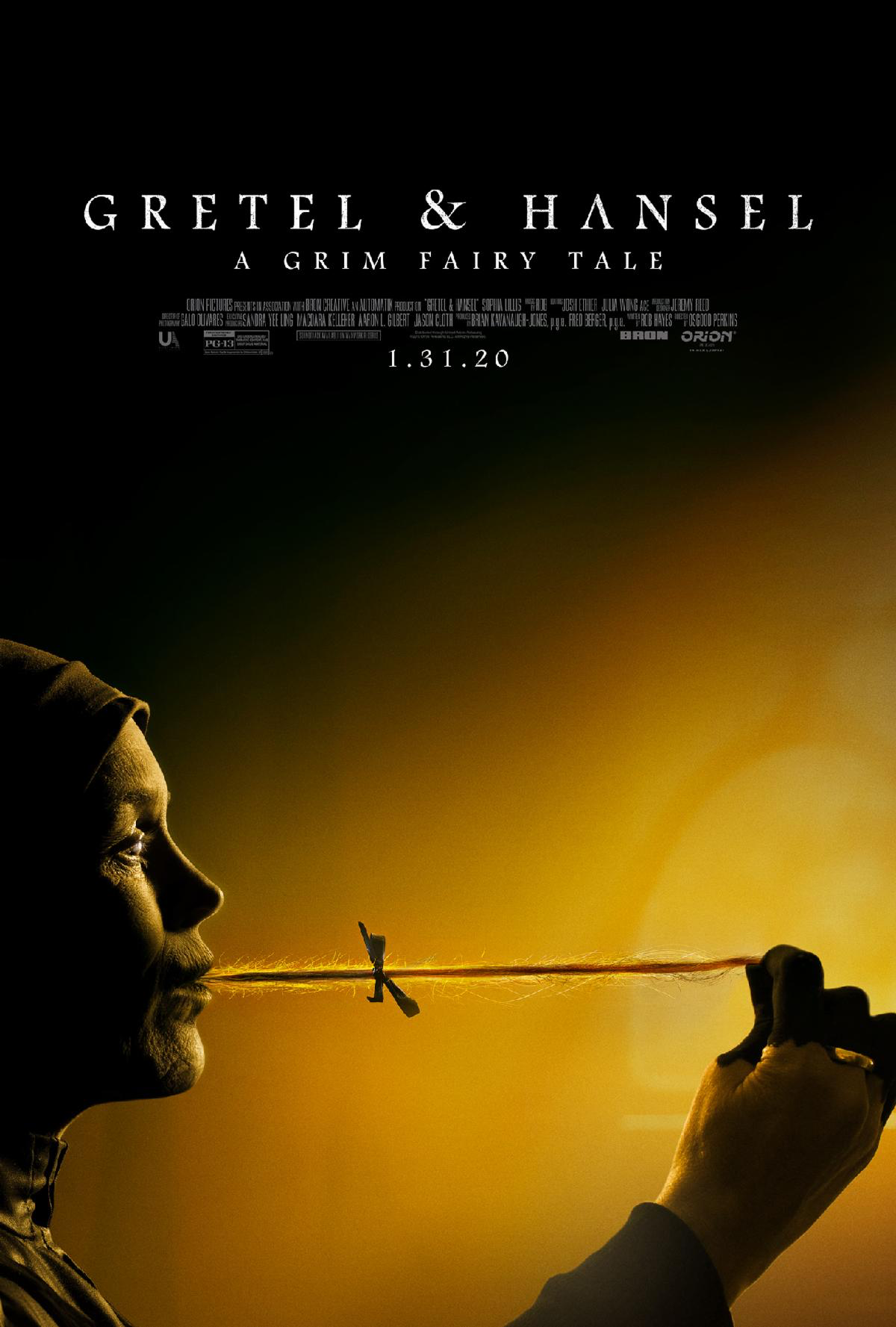