GODZILLA: KING OF THE MONSTERS Review! ALL HAIL THE KING! 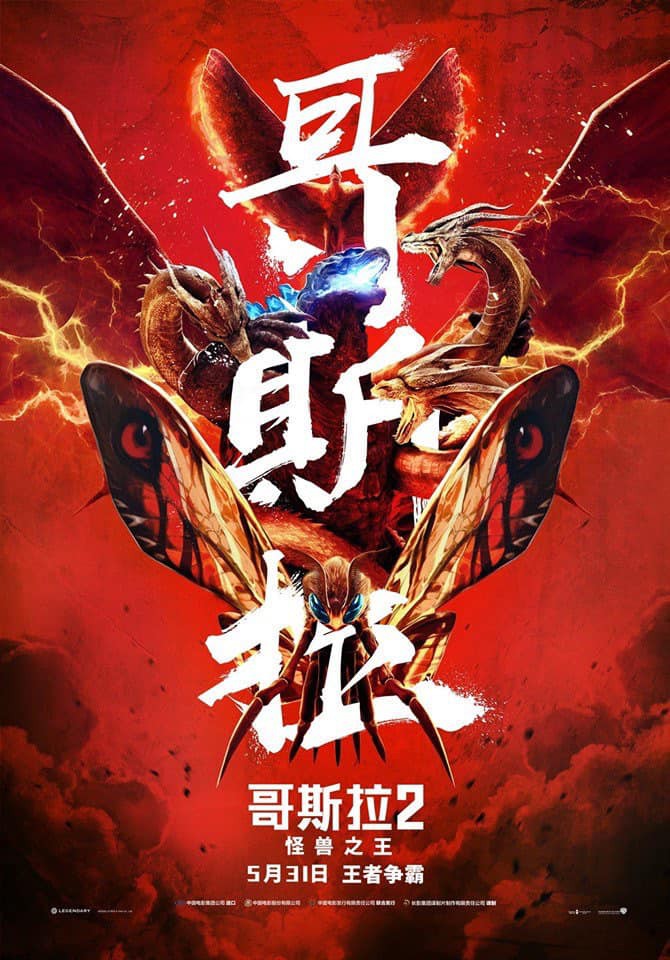 After a long wait. and much speculation and anticipation by fans, GODZILLA: KING OF THE MONSTERS has finally hit the screen, and OH MY GOD it is awesome. This is one of the most visually striking and epic films ever released in the kaiju genre. This article will be loaded with spoilers, so don't scroll past the photos unless you've seen it! YOU HAVE BEEN WARNED. 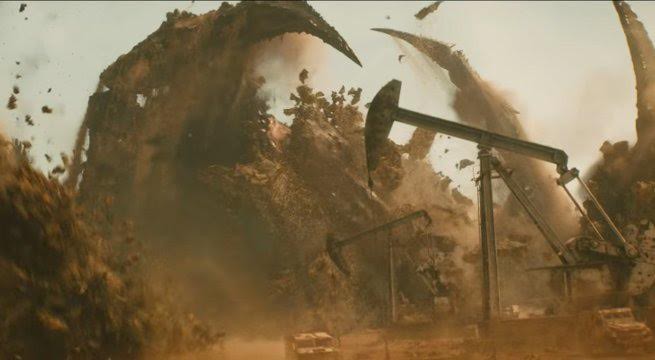 Alright, here goes with the spoiler-rich review:
From nearly the first shot, this movie hits an insane pace that seldom relents. The action is kicked off as a result of Charles Dance's (GAME OF THRONES' Tywin Lannister) Jonah Alan and his eco-terrorist group attacking the Monarch facility where Vera Farmiga's Doctor Emma Russell and her daughter, Madison (portrayed by STRANGER THINGS' Millie Bobby Brown) are in the middle of interacting with a freshly-hatched Mothra. They kill everyone at the facility except Vera and Emma, releasing Mothra into the wild and taking them as hostages. This isn't what it seems, though. Emma, it's revealed soon enough, has joined his cause. Using the ORCA device she had developed with her estranged husband, Mark (played by Kyle Chandler (FRIDAY NIGHT LIGHTS, SUPER 8)), she begins releasing titans all over the earth... which, of course, almost immediately goes completely off the rails and out of control. The titans around the world erupt from their hiding places and begin wreaking utter havoc and destruction. Her belief is that the titans are meant to be a check against man's destructive effect on the planet, and this is her idea of how to save it. If they wipe out a big chunk of civilization, the remaining population will be guaranteed survival...
She's basically Thanos with a sonar machine instead of a glove.

By the time anyone figures out what she's doing, it's too late to stop her without the help of the film's namesake giant green anti-hero. The second titan to be awoken in the film is Ghidora, who has been frozen deep in the antarctic ice since antiquity. His release and full reveal are one of the most intense scenes in the first half of the film. Leading up to release. a  ton of comments and speculation attempted to cast doubt as to whether the sheer scale of the Titans would be reflected in the cinematography, and well, those people were stupidly wrong. Ghidora is completely, terrifyingly huge. The same can be said for all of the monsters in the film... the perspective switches frequently between human-level shots, wide battle shots with two, three, or more titans duking it out, and close-ups of Godzilla and the rest inflicting massive damage on each other and their surroundings.

As the film advances, so, too, do the barrage of callbacks to previous films in the now-65-year-old Godzilla franchise. We see Ghidora identified first as Monster Zero, then as Ghidora, and finally, King Ghidorah. He is also confirmed to be of alien origin, which is another nod to the TOHO films and original origin of the creature.  We get a GREAT Easter egg from the original Godzilla (1954), in the form of the return of Oxygen Destroyer! Not only is it used to "kill" Godzilla in the first act of the film, but there's also a shot of the delivery device on a monitor, which depicts the core of the bomb to be the original prop design used in the movie that started it all! I cheered and pointed like an excited child when I saw that! Later in the movie, it's revealed that he survived the Oxygen Destroyer bomb, and has retreated to his nest (the deep-sea ruins of an ancient Atlantean/Mesopotamian city where he was once worshiped) to regenerate in his radiation-rich volcanic shrine. It's here that, just as his namesake did in the original Godzilla film, Dr. Serizawa (Ken Watanabe (GODZILLA 2014, THE LAST SAMURAI, INCEPTION) gives his own life to ensure the survival of mankind. The circumstances around his selfless actions are different, but it is a great callback to a moving scene in the original movie.
Godzilla emerges from his recuperation a changed beast: bigger, more muscular, endowed with larger, more exaggerated spines, and thanks to the nuclear boost provided by Serizawa, new, insane powers. This leads to yet another callback to previous classic Godzilla iterations: the classic "Burning Godzilla" look! This time, however, Burning ("Fire" in the Monsterverse) Godzilla comes with an incredible new "nuclear pulse" attack, which he uses to finally bring down King Ghidorah!
After more than a dozen major cities, countrysides, and Fenway Park (and the surrounding parts of Boston) are completely obliterated, Godzilla stands as king once more, with the other titans surrounding him in deference.
Throughout the G: KOTM, the human cast turns in solid performances that serve to counter the spectacle of the Titans' planet-shattering battles. This balance of human drama intercut with grandiose monster fights was always used to great effect in the best of the classic Godzilla films, and that equation is used here to create a human drama that gives the senses a break from the torrential onslaught of explosions and city-smashing titan battles. It also drives the story forward, directly affecting the actions of, and outcomes for, the Titans. Dr. Rick Stanton (Bradley Whitford (THE WEST WING, THE MENTALIST, THE HANDMAID'S TALE) provides a good bit of the comic relief, delivering a mixture of sharp wit and dad-joke snark that serves as a foil to the super-serious mood of the rest of the team.
Finally, we get a look at several other classic Kaiju, including the Mammoth Titan, Bosquito, Rodan (who plays a big role in the action, and takes a hit from Mothra that made the audience cheer loudly), (very probably, though never actually named out loud) Anguirus, and (definitely) Kumonga (I called this in an article last month, and a few readers said that was wrong and gave their 'informed' opinions as to why it couldn't be.. so just eat some crow in talkbacks here, guys. It's ok). We also see a MUTO in Prime form.
Overall, this film strikes a wonderful balance between new plot points and devices, and callbacks and fan service. It's a little visually dark in a few spots, but that didn't detract at all from my enjoyment. The pacing is out of this world. Longtime Godzilla fans will immediately see shades of 1954'a GODZILLA., 1968's DESTROY ALL MONSTERS, and 2004's GODZILLA: FINAL WARS. If you're a Godzilla/Kaiju fan, you're going to love this ride from start to finish. If you aren't, it's still one Hell of a spectacle for the eyes, and a decent story of human motivations gone awry. The latter has been done to death in sci-fi and fantasy, but it works here.

Is it a perfect film? No.

Is it a perfect giant monster film? PRETTY DAMNED CLOSE.

In short, go see GODZILLA: KING OF THE MONSTERS. It's everything a modern giant monster movie should be, and better than you'd expect.

That's it for now, so until next time,
Keep it geek!
HAIL TO THE KING!