After Gareth Edwards’ admittedly polarizing revitalization of the icon with Godzilla (2014) and Jordan Vogt-Roberts’ Kong: Skull Island (2017). The subsequent, spectacular continuation in the building of this nascent giant-monster cinematic universe, it was very easy to feel excited for writer/director Michael Dougherty’s GODZILLA: KING OF THE MONSTERS. Alas, it ended up severely disappointing me. The thing is, you know something is wrong when the very best accolades popping up in your mind are of the “at least it still is better than Emmerich and Devlin’s” and “well, it has more action than the previous one” variety. 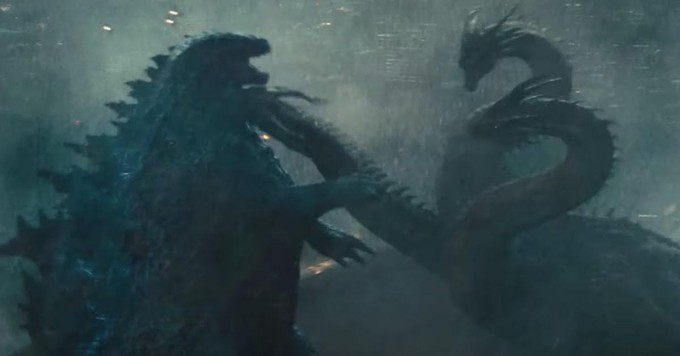 It takes fifty minutes- of a 120 minute-long movie- for a darkness-soaked re-introduction of this world to wrap up and finally let things get going and although this stretch is neither particularly boring nor offensive it ultimately comes off as unnecessary filler. Especially since it immediately becomes clear that this is going to be populated by dumb scientists without the slightest trace of common sense running through their brainwaves, very much in the vein of those in Prometheus, eager to pet an alien potential threat, and whose exposition-laden lines are almost completely unnecessary. It’s been five years since a couple of Titans- as now they are called- almost destroyed humankind and now the world occupies itself with the debate of whether to hunt them down (there are seventeen of them accounted for) or trying to coexist and become, in effect (and here I quote Ken Watanabe’s prominent Doctor Serizawa), “their pets”. In the other side of the spectrum, trying to offer as little contrast as humanly possible and in the case, this is not sufficiently idiotic, lies the by now too worn out premise of humans being a virus on the verge of finally killing the world and these creatures being Earth’s natural defense mechanism against us. 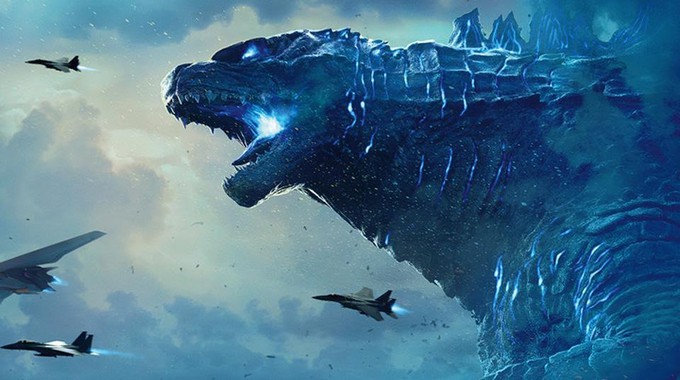 With this line of thinking, however, the writers (including franchise architects Max Borenstein and Zach Shields) manage to make the audience impatient to witness as much human bloodshed as possible- and, who knows? Maybe that was their goal. But again, there is precious little of such until just a bit before the halfway mark, wherein we are treated to the rise of Rodan, exploding out of a Mexican volcano and very much annihilating an entire village by merely flapping its wings above it. The sequence is, at last, brightly lit and awe-inspiring but like pretty much all the rest of Kaiju violence to follow is also too little, too late. There is a scene- emblematic of the entire film, really- in which we are shown via monitors the destruction of almost the whole world at the paws (?) of these monsters for about five seconds, and then someone switches them off.

Yes, they indeed switch them off, and when, for a way-too-brief instant, the film cuts to a wide shot of a thoroughly razed Washington D.C., one Lovecraftian monstrosity lingering aimlessly about, the result feels more comedic, almost parodic, than anything else.

It is not a matter of budget- or, more precisely, a lack thereof-; the film looks, sounds and feels extremely expensive, the kind of expensive that, in fact, shows onscreen, too. It is more a case of screentime and how the filmmakers decided to spread it around. There is an abundant amount of it allocated for the human element and, although in this particular instance the exploits of the broken couple and their daughter at the center of it is compelling just enough not to be outright annoying. It is impossible not to reiterate- redundant as it may be at this point in time- just how ill-advised is to keep the focus of these movies away from their true inhuman protagonists. 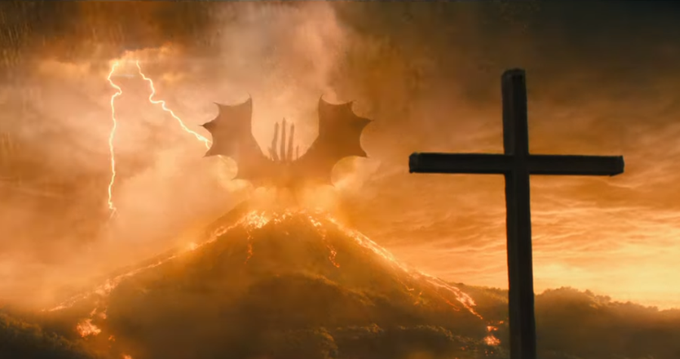 The cast is mostly top of the line and, unnecessary to say, completely wasted in such an endeavor- Oscar nominee Sally Hawkins pretty much just shows up to be unceremoniously smashed by Ghidorah’s tail. Vera Farmiga delivers her usual reliable self as the main deluded scientist and fares leagues better than her other half, played by a Kyle Chandler whose bland old-fashioned matinee idol looks and blander presence have never- and will probably never be- better used than in Peter Jackson’s own King Kong where he played a bland, old-fashioned matinee idol; calling him boring is kindly euphemistic. Ziyi Zhang, O’Shea Jackson Jr., and David Strathairn are barely glorified extras, but Bradley Whitford, Charles Dance, and Watanabe fare a bit better, lending some very welcome old school panache to the proceedings. Offering the most welcome surprise, however, is Millie Bobby Brown who, at last, extracts herself from the perennially catatonic state she is tragically saddled with in the mediocre Stranger Things to display genuine emotional range and raw talent.

But, again, no one actually buys a ticket to these things for the histrionics. The CG carnage, what little of it there is, is admittedly outstanding, which only makes you yearn for more. The choreography is coherent enough in spite of the almost incessantly murky cinematography. Those fleeting moments when you realize that you are, in fact, watching brawls between Mothra and Rodan, Ghidorah and Godzilla. They are rendered with state-of-the-art technology honestly magical and, in the end, the primary (only) cause for this movie (or those scenes, at least) to be constantly played in our Home Entertainment Systems in the future- I freely admit I intend to do so. But as long as the people with the power to greenlight these stories insist on depicting these beasts as anything other than the mass destruction weapons that they are and try to force us to care for the actual instigators of worldwide genocide, then it will be extremely rare to come across American Kaiju movies really worth your time.

(PSA: There is a post-credits stinger not worth the 10-minute wait)