Hey friends!  Barbarella here after checking out the entire first season of GANGS OF LONDON on Blu-ray, and woah!  Gareth Evans, the man behind the RAID franchise, created this cinematic depiction of gang life in London on a scale I’d not anticipated, and with far more violence.  While some episodes are certainly more powerful than others, all hold their own in surpassing most of what you’d find on television these days, both visually and narratively.   The series launched on AMC+ in 2020, but you can check it out now on hard media with some interesting bonus features, as well. 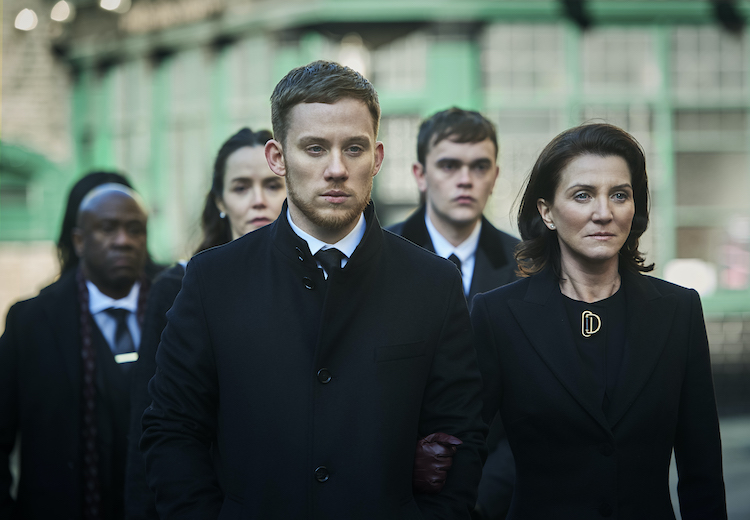 When someone kills the most powerful criminal in London, Finn Wallace, his hothead son, Sean (Joe Cole) takes the reins of the family business, creating ripples in the world of organized crime.

A quote on the Blu-ray cover from NME declares it’s “GAME OF THRONES, but without the dragons.”  No, I think that's a misrepresentation.  First of all, just because a couple cast members from the HBO hit, Michelle Fairley (who played Catelyn Stark) and David Bradley (who was Walder Frey), are in GANGS OF LONDON does not mean the two shows are anything alike.  It’d be like saying “DEXTER is “SIX FEET UNDER, but without the funeral home,” just because Michael C. Hall was in both series.  I don’t know; maybe I’m being too critical.  It’s possible a comparison could be made in that both are shot in a very cinematic way and both have well-written, powerful characters, but outside of that, I don’t see much similarity. 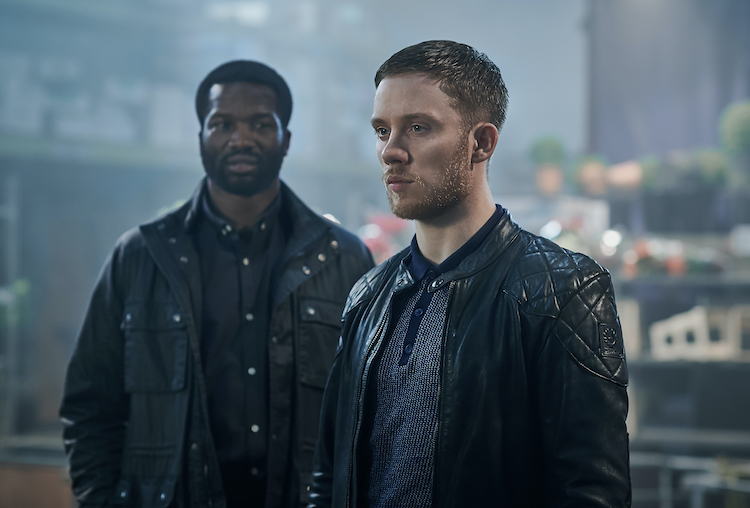 From the very first episode, I’m dazzled by the incredibly beautiful images as even the most brutal events transpire.  Beyond that, I also find that looking at the world through a top-down lens proves fascinating.  I’d never given much thought to how international crime syndicates work, and I find the players in this game all come from vastly different places and backgrounds.

I want to breach a few topics here: the characters, the cinematography, and the violence.  Let’s start with the violence.  If you are at all sensitive to it, this absolutely isn’t your cup of tea.  To say GANGS OF LONDON displays gratuitous violence would be an understatement.  Every episode is full of a wide array of gruesome kills, torture, or other forms of injury, yet all the violence is so beautifully executed.  I cannot imagine how much time and planning goes into each of those incredible sequences, but everything seems so well thought out.  I love certain kills so much, which I know makes me sound like a complete psycho, but they’re just so elegantly handled.  The extreme violence may not be for everyone, but to quote Finn Wallace, “Some might think it’s brutal.  I say it’s glorious.” 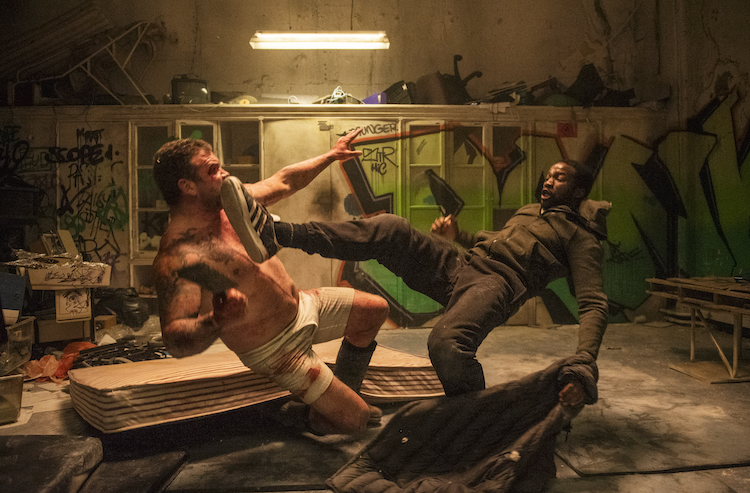 It’s not just the violence that’s glorious, though.  The cinematography across the board proves exceptional.  GANGS OF LONDON does not feel like a television show.  It feels like a movie broken up into chapters.  I also give a huge shout-out to the art department, production designers, and set decorators for creating a visually interesting world full of intriguing elements for the cinematographers to capture.  I could watch the whole series again without the sound and just be awed by the visuals.  Everything is shot in such a way that not only does the viewer get to see the action play out, but also see it play out in arresting environments.  Yet, it’s the show’s first kill that proves the most memorable for me.  It may be one of the most beautiful shots I’ve ever seen on any screen.

Another beautiful thing about the series is the casting.  I absolutely love Ṣọpẹ́ Dìrísù as Elliott and want to see everything he does going forward.  PEAKY BLINDERS’ Joe Cole makes the perfect Sean Wallace, a character with a lot of rage always under the surface and often bubbling over.    Yet what I most appreciate about both the casting and the writing is the role of women in this world.  Almost all the female characters have plenty of layers, which I love, but my favorite character has to be Lale, played by Narges Rashidi.  She has layers within layers, and aside from Elliott’s story, hers engages me more than anyone else’s on the show.  I could watch an entire spin-off series of her life leading up to where she is now.

Lale is only one of the international players in the criminal underworld on display.  Finn Wallace’s organization reaches beyond borders, showcasing just how high the stakes are.  Seeing crime at this level offers a unique chance to examine the ways in which rich and powerful accumulate more wealth and power and how fragile their place in the power structures are. 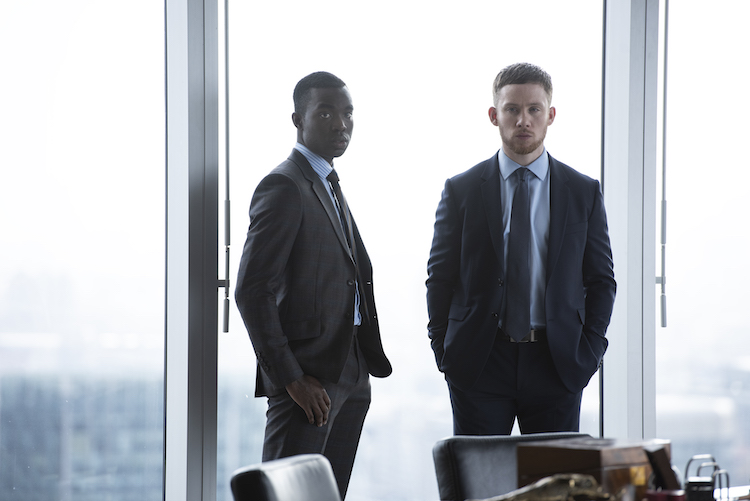 Overall, GANGS OF LONDON offers a lot of action, extreme violence, and an intriguing look at a high-level criminal enterprise and the people who become embroiled in it.  If you can stomach the violence, it’s a beautifully executed exploration of power struggles and the lengths people go to in order to achieve their places in the heirarchy.

If this sounds like your bag, the DVD and Blu-ray are available now.   Season two should be coming out sometime in 2022.