GAME OF THRONES Season 8 episode 3 - "The Battle of Winterfell"

GAME OF THRONES "The Battle for Winterfell" - Discuss

GAME OF THRONES Season 8 episode 3 - "The Battle of Winterfell."

The third installment of GAME Of THRONES final season has come and gone and while I pick the pieces of my jaw up off the floor, let's discuss it! This is not a full recap. For that, please refer to Barbarella's awesome recap! Spoilers are coming though! Be warned.

I am still floored by how good this episode was. It exceeded my expectations in all aspects and I can't even imagine the grueling work it must have taken to bring this larger than life episode to fruition. To the entire main cast, supporting cast and to everyone behind the scenes, please take a bow. Seriously. Even the caterer should be applauded for keeping this army sized cast fed.

The sheer magnitude of this episode is breathtaking. I am absolutely blown away. The episode begins basically with the army of the living lining up and getting ready for battle. We see shots of some of our favorite characters looking absolutely terrified and by rights, they should. Winter is here now and they all know it. 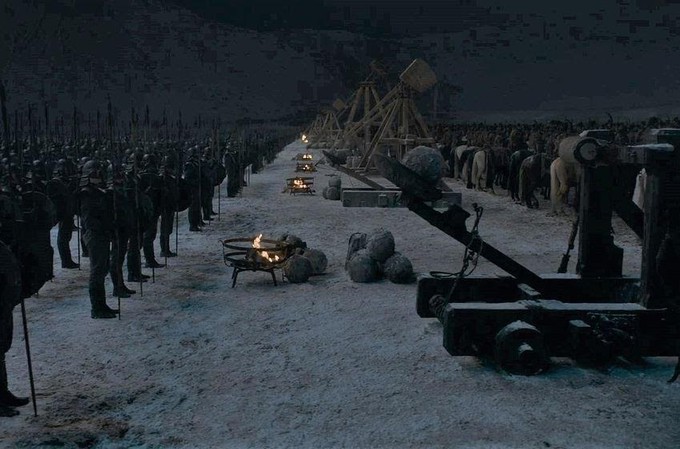 This scene builds so much tension that you could wipe it off the screen. A master class in suspense. It was almost like the episode was translating what I was feeling inside and then broadcasting it right back to me.

Milisandre ignites the blades of the Dothraki horde with her "Red Woman witch magic," and they charge full speed at the oncoming army of the dead. It's quite the spectacle watching the Dothraki charge forward on horseback, screaming and wailing with their weapons ablaze in the pitch black. And I do mean pitch black. For a moment you think that maybe this won't be so bad. Maybe they got this. They got this. Right? 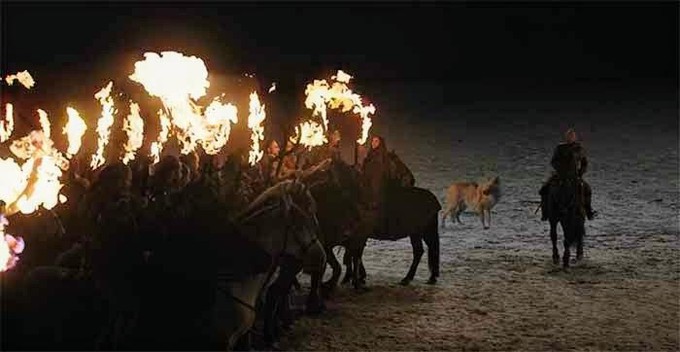 Then... It happens. The Dothraki horde smashes into the oncoming army of the dead full force and they are instantly consumed and overwhelmed. The Night King's army is more like a force of nature than a bunch of soldiers and it comes in with the fury of a frozen hurricane destroying anyone and everything in its path. It completely devastates the Dothraki and the one's who can retreat are called back by Daenerys who realizes she just led them to right to their death.

This is the point where the episode wraps its cold, dead hands around your heart and squeezes and it doesn't relent until the credits roll. I cheered when Milisandre lit the barriers on fire. (Again, with her Red Woman witch magic.) It was the only thing that gave me a gleam of hope. She spoke the words of her spell and the flames shot high, keeping the dead out. For a few minutes. Then it was back to being barely able to breath while I watched the dead full on assault Winterfell. Several times I turned to my girlfriend but was only able to mutter "This is bad. This is real bad."

The living fought hard. The dead just kept coming. Over the walls, through the gates and even over each other the dead threw themselves at our heroes like torrential rain smashing against the side of a barn. At one point a bit later on, Daenerys does get the drop on the Night King and hovers over him on her Dragon, Drogon. This just made me more nervous. As Drogon reigned hellfire down on the Night King, all I could think was "get out of there now!" because there was no way it could be that easy. 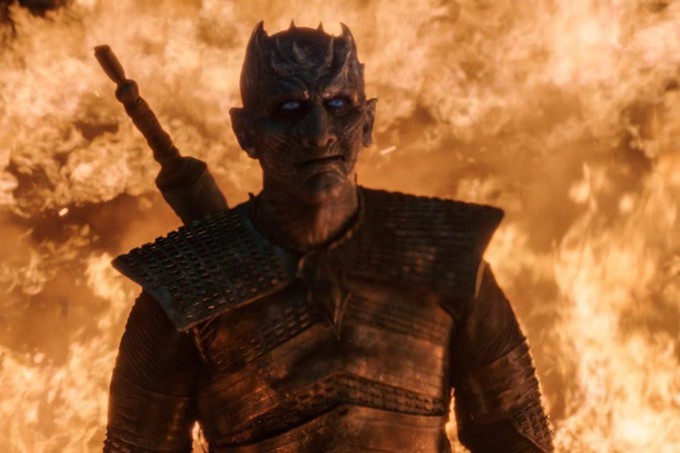 It wasn't that easy. The Night King was, of course, immune to the fire and barely missed as he hurled one of his patented dragon killing ice spears towards Drogon.

There were so many amazing scenes in this episode. My gut wrenched watching the completely badass little Lady Mormont charge the dead giant. What a battle cry! Can we take a moment here to shout out Bella Ramsey? Lyanna Mormont was her acting debut and she absolutely killed every single scene. She's one of my favorite characters on the show and when she shoved that dragon glass dagger in to the giant's eye, killing him instantly, I stood up and clapped. Then immediately started tearing up. We salute you Lady Mormont! You answered the call! 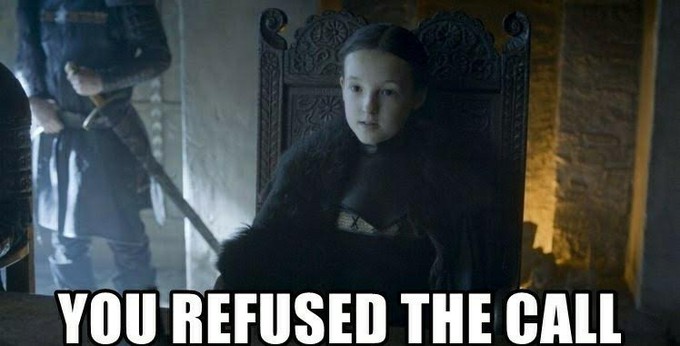 Ser Jorah Mormont ended up going down the way he would have wanted to. Protecting the woman he loves, Daenerys. They both fought hard and I give the Dragon Queen credit for not hiding and for fighting with her army. I wonder, would Cersei do the same?

Jon Snow and the Night King share a moment when Jon tries to confront him and The Night King turns around and looks dead at Jon, then smiles! I'm still trying to wash that image off my eyeballs. He then raises his arms calling those who fell in battle back to life to fight for him. My heart sunk to my feet as the dead surrounded Jon. Was this is it for our favorite bastard king?

Back in the crypts where those who can't fight have taken refuge, things were no better. The dead started busting out of their graves just as we all knew they that would by how overstated it was that the crypts were safe. The general rule for GAME OF THRONES. If the show goes out of its way to make you think one thing, chances are it is the exact opposite. My anxiety was sky high watching Tyrion and Sansa hide together while Sansa clutched her dagger. Did anyone else want them to kiss? 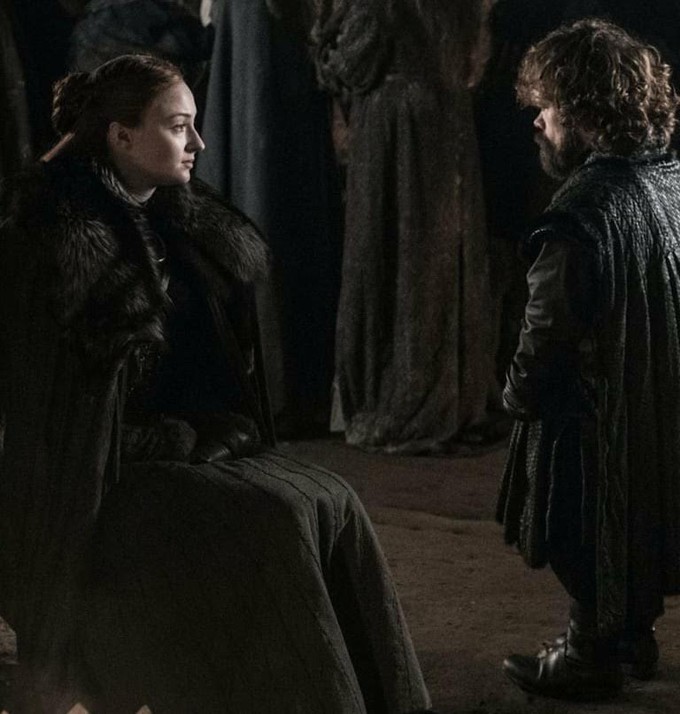 At one point Arya takes a pretty nasty knock to the head after going full ninja mode for a while and ends up stuck inside with a literal brigade of the dead. She sneaks around a library in a scene eerily reminiscent of "Resident Evil 2" and after a few close encounters, is eventually saved by the Hound and Berrick. Berrick dies in the process and Milesandre informs them that The Lord of Light brought him back for a purpose and now that purpose has been fulfilled. Remember when Arya and Milisandre met the first time? She told Arya she would take many lives. With brown eyes, green eyes and blue eyes. We all assumed the blue eyes would be Lannisters but...

The scenes with Arya fleeing the halls are amazing. Maisie Williams really brought it. I felt every one of her emotions. And seeing Arya terrified, scared the hell out of me. Once she is safe and out of harms way though she takes off. As if she had something in mind...

Things are looking their bleakest out in the yard with Bran still in full 3 Eyed Raven mode and the Night King closing in. Theon dies protecting him but does any one care? I didn't. Screw Theon, am I right? Jon is pinned down by the dead dragon Viserion spitting ice-fire at him when he does what any normal, rational thinking human being would do and decides to try and yell it to death. The heroes we can still track are all overwhelmed by the newly resurrected dead forces. Then, just when I thought I seriously might pass out for lack of oxygen to the brain, Arya happens.

She comes from out of nowhere like a flying squirrel with the fancy dagger Bran gave her gleaming in her hand. This was Little Finger's dagger and it has quite a history on the show. She leaps right at the Night King hoping to surprise him but instead, he grabs her in his arms. I'm thinking "this is it." This is the end of Arya's arc! No! But what do we say to the god of death?

She drops the dagger to her other hand and plunges it right in to the Night Kings cold, dead heart. He shatters in to a million pieces and Arya falls to the ground. The wights created by the Night King all fade to ash and just like that Arya is the biggest hero in the history of Westoros and probably Esos as well and I could breathe again. 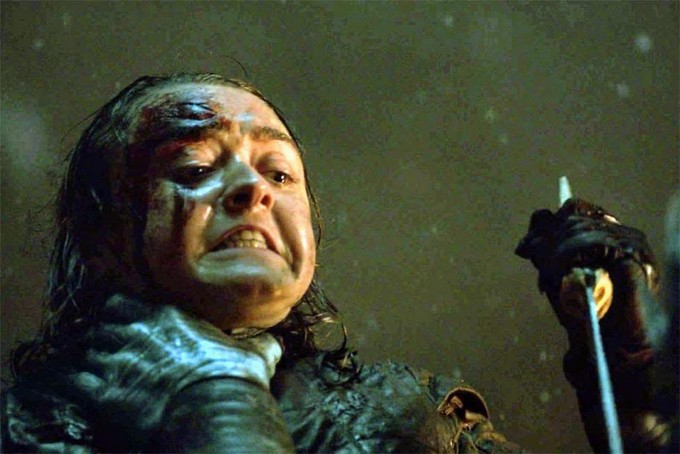 I was absolutely awed by this episode. Kudos to everyone involved. I'm still processing everything that happened and this write up is not a full recap by any means. We lost some good characters on Sunday and if Jon and Danny will even have the forces to face Cersei's newly acquired army remains to be seen.

I do have a question though. What happened to Azhor Ahai? Was the prophecy false? Still to come? I guess we'll know soon with only 3 episodes left! What do you guys think? Was that episode incredible or what? Is Azor Ahai still to come? Is Arya Stark the ultimate badass? 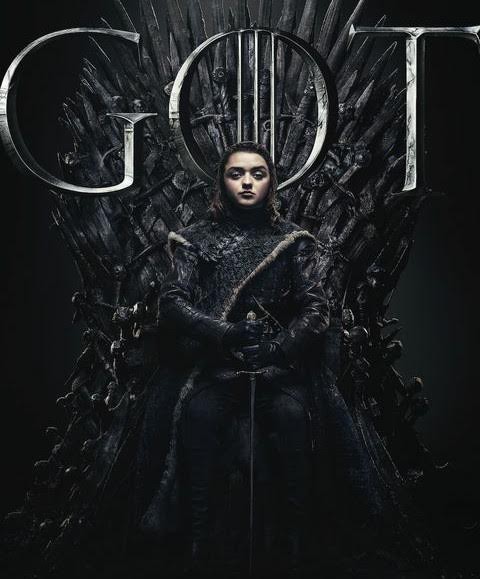 Comment below and until next time, keep on geekin' on my friends!