Freddy-With three DVD’s of the Korean monster action flick titled MONSTRUM to give away courtesy of RLJE Films.

If you haven’t heard or seen this one, you’re in for a treat.

If you enjoyed that at all and can handle reading your films, you are going to love this one.

It’s action-packed with no lack of lopped off limbs. In the end it’s a familial drama akin to THE HOST wrapped around the infected exterior of a man eating monster who gets around town.

In order to win one of these three DVD’s, simply send me your favorite Mega Monster and why they are tops to freddybeans@gmail.com. Anything under 10 foot won’t count. I’m talking the big guys here.

I’ll send the winners a congratulations early next week.

My favorite monster in these confines is boring but has to be Bruce (JAWS). There’s no horror film that affected me so greatly. Swimming alone in a pool at night, became daring. I used to love swimming deep in the ocean and now when I get the feeling to do so, I turn on some youtube videos of shark victims. It’s enough to keep me enjoying the sights from shore, or roughly 3 to 5 feet depth at most. Hah

MONSTRUM is a damn fun film that I can’t recommend enough.

This one drops on Nov 17 on VOD, Digital HD, DVD and Blu-ray. 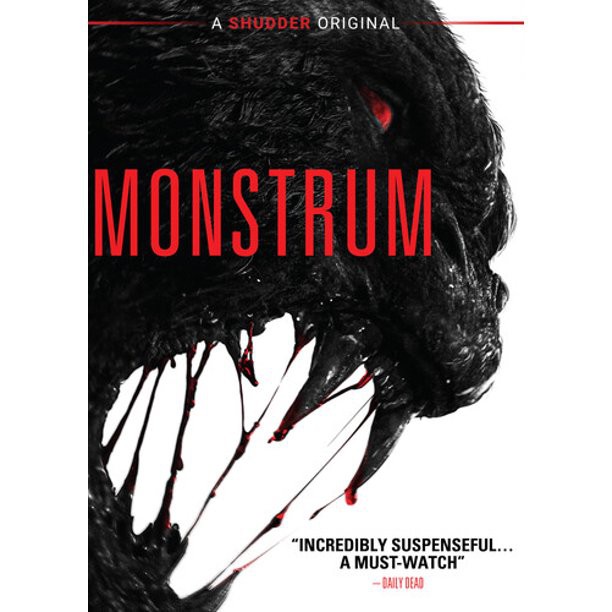