Freddy reviews VHYes, an experimental film that hits all the right 80's vibes

Ken with a review of a brilliantly experimental film, titled VHYes.

It all starts with a VHS wedding tape.  Well, and the new camcorder that Ralph (Mason McNulty) accidently starts taping over those wedding memories with.  His dad asked him to get a tape.  How was he to know it was his parents wedding day he’s be replacing with dinosaur fights and whoopee cushion pranks.  Ralph is like every other 12 year old, living in the moment.  He and his buddy Josh (Rahm Braslaw) have a great bond, staying up late, lighting firecrackers, and discussing some high minded topics before ending things with, “Cool.”

The year is 1987 and this thing starts after Christmas.  Ralph is having the time of his life recording over his family’s history.  When he learns about the cable you can plug directly into the tv to record actual programs live, it’s all over with.  He’s immersed.

And so are we.  In what can only be described as a montage reminiscent of the first half of KENTUCKY FRIED MOVIE or the better scenes in AMAZON WOMEN ON THE MOON.  I ended up watching my entire 80’s childhood in small SNL styled skits.

There’s infomercials, like my dad drove me mad watching.  QVC gone mad with Tony V (Thomas Lennon).  He and his wife are constantly pushing one another’s buttons while selling pens and convenient little baggies.  Ya know, for sugar in your tea. 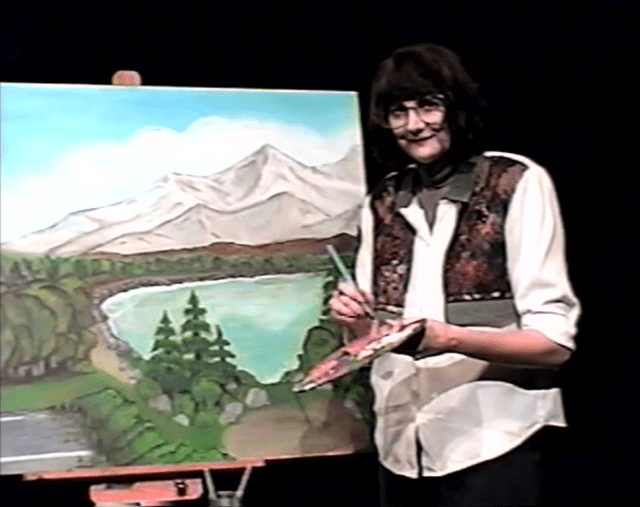 We see a public access show hosted by Lou (Charlyne Yi) in what must be her parent’s house.  They rock alongside her to the quite adult lyrics of the punk band blaring in their front room.

Teddy (Mark Proksch) does a great bit that mimics “Antiques Roadshow,” where it’s clear at times, he’s making it up as he goes.

There’s the requisite aerobics classes of the time, nightly news, a cop show reminiscent of Cagney and Lacey, and it’s all tied to a murder mystery, somehow.

There’s even, blink and you’ll miss them, cameo’s by the director’s parents, Susan Sarandon and Tim Robbins.

All of them lace together to create a tapestry of myriad ideas that somehow keeps the warmth of my childhood within.

If that trailer made you laugh at all, you’re going to be blown away.

Make no mistake though, this is Ralph and Josh’s story.  These two kids carry the film and do so in a natural way that reels you right in.  Their friendship feels so instinctive it helps you buy into everything, even the unfolding ghost story.  These kids are fabulous in their roles!

I was surprisingly touched with a couple scenes.  Even though the entire movie makes you giggle.  At least if you are of my era.  In 1987, I was 13, so clearly the demographic here.  There’s sly nods to everything I grew up with here.  I want to watch this with my kids and see if they get the same appreciation for the film that I did.

What should come off as a vanity project, comes off as more of a personal reflection.  I feel like Jack Henry Robbins, is a huge component of who Ralph is.  That we’re getting peeks into his upbringing, yet it’s all under the surface and meant to tell a story with truth being the white noise you tune out.  And the story is a good one.  It laces up neatly with those montages I mentioned earlier too.
Nate Gold, Nunzio Randazzo and Jack Henry Robbins wrote VHYes in a found camera style that finally worked for me.  This feels like a personal film that fell into your lap.

Jack Henry Robbins filmed VHYes entirely on Betamax and VHS, to add to the feeling of authenticity that permeates this film.

In case you can’t tell, I rather loved this film.  It’s early but I could see this bad boy making my top ten in 2020.

VHYes runs 72 minutes and flies by too quickly.  If you’re on the fence still.  I’d say, if you don’t like the trailer or poster below, you should probably look elsewhere.  However, if you do, you should get right on this one! 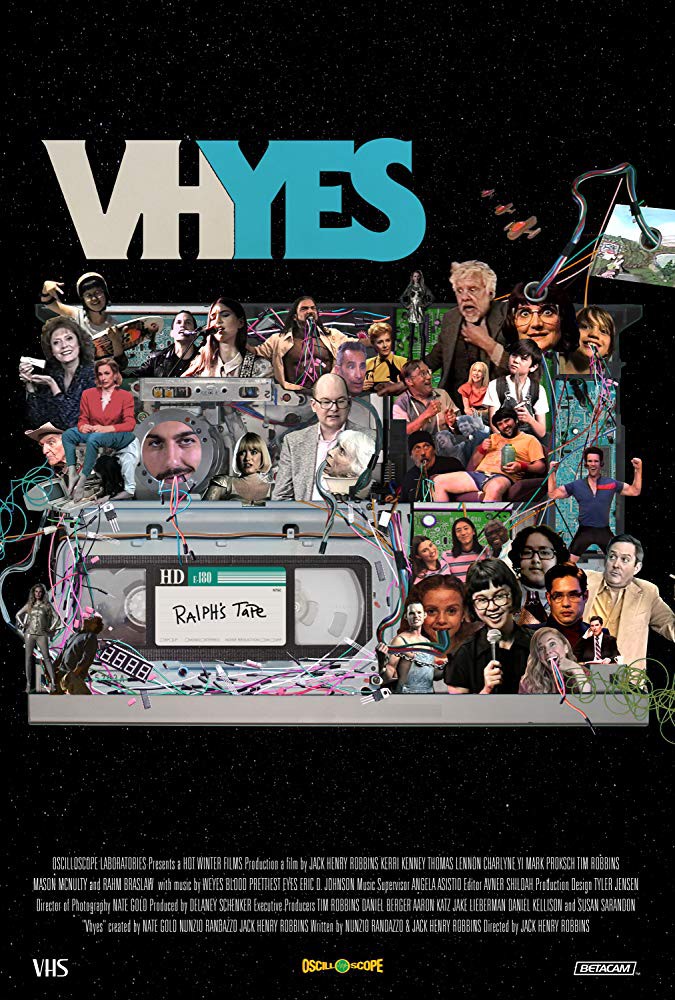