Ken with a review of a must see 80’s styled grindhouse horror titled VFW.

In the not so distant future, our heroes are all vets of the Korean or Vietnam war, a drug known as “Hype” is taking over the land.  It’s a meager living, squalid land at that.  This isn’t so far off from the dystopian future in ROBOCOP.

Fred (Stephen Lang/DON’T BREATHE/AVATAR) drives to the bar he runs at the local VFW (The Veterans of Foreign Wars of the US).  This VFW is loud in the machismo bravado of yore.  I have a feeling there will be those that feel the movie is out of touch.  They’re entitled to be wrong.  This is a movie happily tuning the piano wires of tension until the AUDITION of blood splashes, everywhere.

Lizard (Sierra McCormick/RAMONA AND BEEZUS) steals a lot of “Hype” in revenge for her sisters death.  Problem is she steals the drugs from THE WARRIORS modeled bad guy Boz (Travis Hammer/GODLESS).  And Boz doesn’t play.  The only thing making this a movie is she runs into the local VFW hall.  Enter, the extension and bloody good times.

Trust me, you need to see Sadler with a circular saw doing his best Lionel Cosgrove (DEAD ALIVE).

Boz teams up with a roadie (Graham Skipper/ALMOST HUMAN), and a hardened chick named Gutter (Dora Madison/BLISS), plus hundreds of expendable drugged out zombies.

Joe Begos exploded on the scene with ALMOST HUMAN, an homage to one of my favorite older John Carpenter films, THE THING.  This homage to an even older Carpenter film, THE ASSAULT ON PRECINCT 13, is told in modern day HATCHET hyper stylized gore.  Where Quentin Tarantino films his pastiche in a loosely folded 60’s/70’s exploitation era, Joe harkens to the late 70’s/early 80’s VHS horror movies with his tightly quilted homage.

Working off a script from Max Brallier and Matthew Mcardle, Joe created a shocking movie that made you feel for the characters and root for the ass whooping they bestow on those unfortunate enough to enter the VFW uninvited.  But like all wars, there's losses on both sides.

Hats off to Brandon Christensen (Visual Effects) and Bob Trevino/Chris A Wilks (Special Effects), for their work is key here.  I couldn’t keep up with the number of explosions and there’s no explosives in this movie.  These explosions are bodies popping like grapes under Gallagher’s infamous mallet.

Combine all that with Steve Moore’s synthesized 80’s heartbeat through the film and it felt exactly like the film it set out to be.  A hardnosed, in your face blood bath, filled with heart and maybe a pinch too much male dominance.  I even loved the red and blue neon lighting illuminating everything into odd purples in the red splatter.

Fangoria has to be happy with this third go around after THE PUPPET MASTER: THE LITTLEST REICH and SATANIC PANIC.

If you want a character driven drama filled with romance, get the hell out of here.

If you know what it’s like to pick up a VHS tape off the rental shelf off the bloody pictures alone.  Then got home and opened that bad boy up to be utterly disappointed with the lack of gore inside the film itself.  Then this is the film for you.

I can’t recommend VFW enough.  And look at that, it drops in theaters and On Demand this bloody Valentine day (February 14th).

9 out of 10 bursting heads have instant amnesia 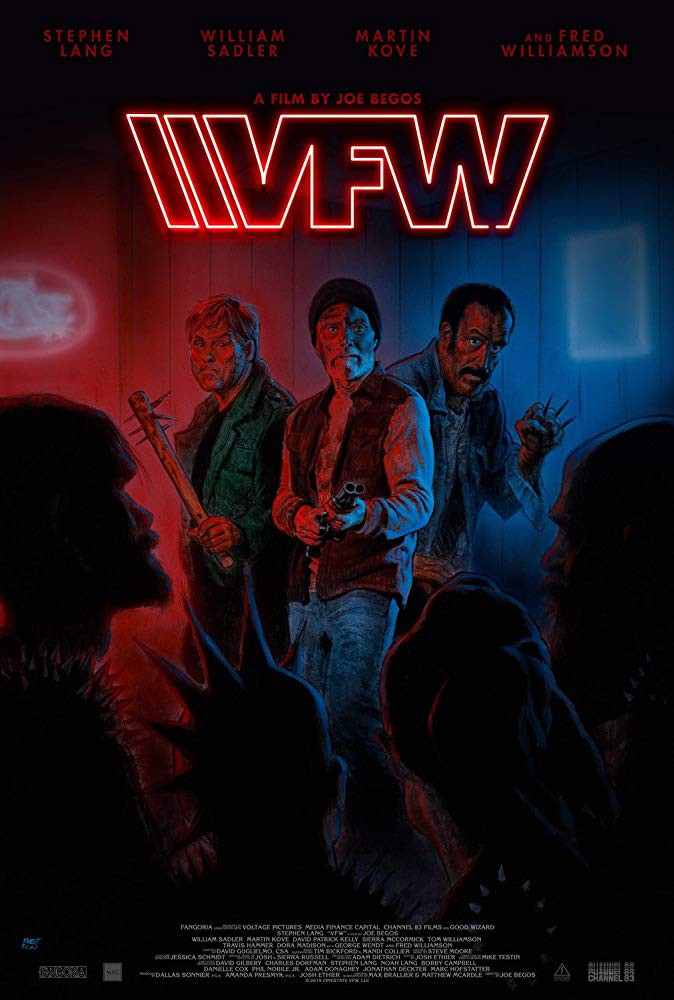 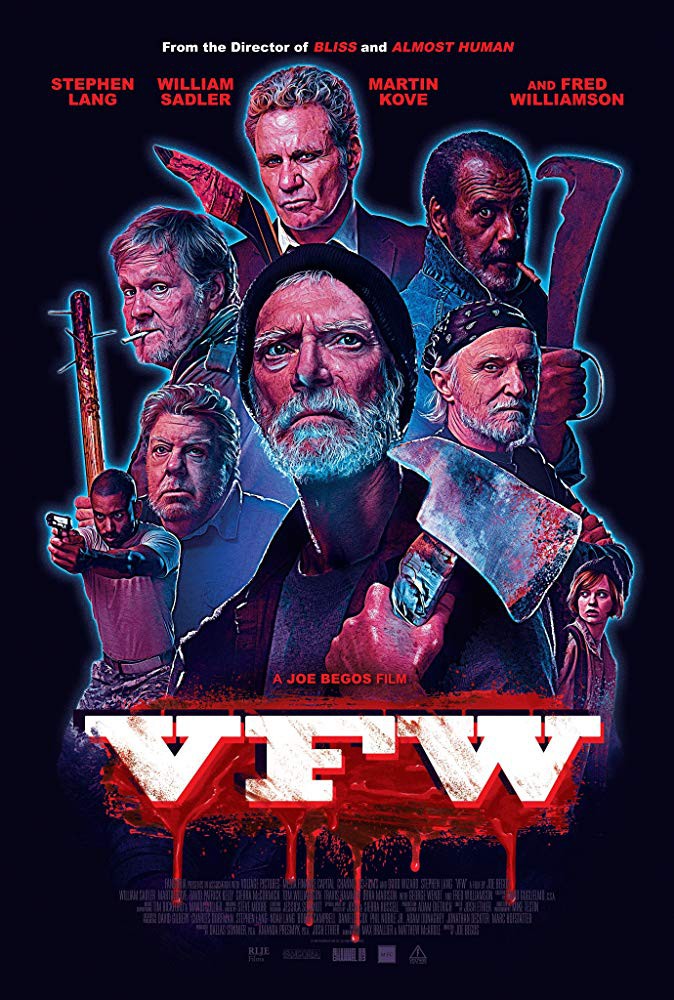