Freddy reviews a slow descent into madness titled THE SWERVE

Freddy-Reviewing a haunting and slow descent into one woman’s mental depression titled THE SWERVE.

THE SWERVE opens a bit ominous. Holly (Azura Skye) is driving at night. She has kids, practice runs late, so that’s not so abnormal. The bloody knuckles holding the steering wheel in a death grip are the issue.

The question is, how did she get them?

We cut to Holly waking and her hands are as blemish free as her home. The first conversation we hear is her hubby Rob (Bryce Pinkham) asking if she matched his shirts. She sure did, along with ties. She cooks, cleans and with two sons Ben (Taen Phillips) and Lee (Liam Seib) who look to her for all their answers it’s clear all answers in this household stop at mom.

Life is redundant. You can see it in her face. Then a mouse appears and breaks the monotony making matters worse. Which leads to one of the cuts on her soon to be bloody knuckles. No one seems to notice though. Dad is vying for that promotion and the kids are busy being assholes to one another. She takes the kids to school in the customary mini-van and seems a little frazzled at the edges.

Holly teaches at the school too. After her exciting day is over she goes to the grocery store where her favorite artistic student works. Then we see Rob again, he’s the manager. Man, this is a small town!

To make it all better, tonight she has to visit family. Yay!

She bakes a fresh homemade apple pie for her sister Claudia (Ashley Bell) who thanks her by getting drunk, not trying a bite and then calling her Holly hippo at the family table. That night Holly definitely needs her insomnia medicine. It causes weird dreams but sleep is more important.

She’s driving down the country road in her dream. A car rides up on her ass flashing its lights and honking its horn and tries to pass. It’s just some jerk hanging out the side of his best friends ride hollerin' at her. She speeds past them. Undeterred, they try it again and she swerves at them. We see the lights spin as they crash on the side of the road.

Holly wakes up. Was it all a dream?

She has to find out. She also wants to find out why Rob is always late getting home, if that artistic kid can do more than just draw intimate scenes, and why she can’t remember things that are obviously happening around her.

This slow descent into one woman’s mental breakdown will stick to your ribs. Azura Skye is amazing as Holly. She carries the film and the camera follows her every move. We feel for her and her swirling and mundane world. No one appreciates her. They just use her up until there’s nothing left. Azrua nails Holly and we feel for her as nothing seems to go her way. 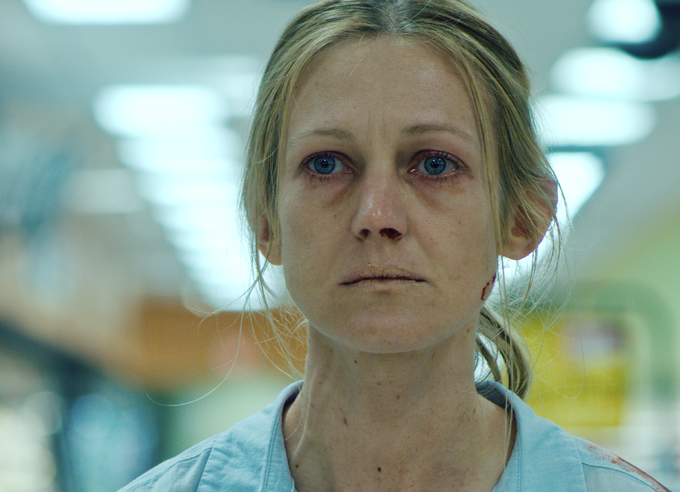 Dean Kapsalis wrote and directed this one for his feature film debut. What an undertaking. This isn’t FALLEN DOWN, where you can segue to the violence to distract from the mental issues at hand. This is a very careful piece that appreciates taking its time and giving its audience many ideas to play with as it takes us down the darkening path ahead. This is a director to look out for.

The cinematography by Daryl Pittman is excellent. He draws you in with subtle shading and rightly timed shots.

The music by Mark Korven (THE WITCH & THE LIGHTHOUSE) creates the perfect ominous atmosphere. I loved his simple blend of  bells, horns and strings. The symphony of pain and mystery he creates deserves mention.

THE SWERVE never stops moving. It wraps you in and doesn’t let go. Most of us know someone who’s affected by mental illness. Have watched similar falls into their own abyss. You feel helpless. Merely waiting and hoping the person you knew makes it back. THE SWERVE takes a serious look inside Holly’s mind, until we the audience are left like her. Not sure if it’s worth it to keep going but hoping for something better around the corner. Too many negatives feel like the end of the world and positives are easily dismissed as rare.

I think this is a movie you will talk about after viewing. Maybe ask your mate if they’re ok, a little more sincere than yesterday. While I wouldn’t recommend it to everyone. Its slow moving and showing the breakdown of a middle aged woman. I think THE SWERVE is an important film. One that’s honest and avoids the Hollywood ploys to deliver a haunting portrait of a woman on the edge and thinking about jumping.

THE SWERVE is available tomorrow (09/22) on VOD and Digital. 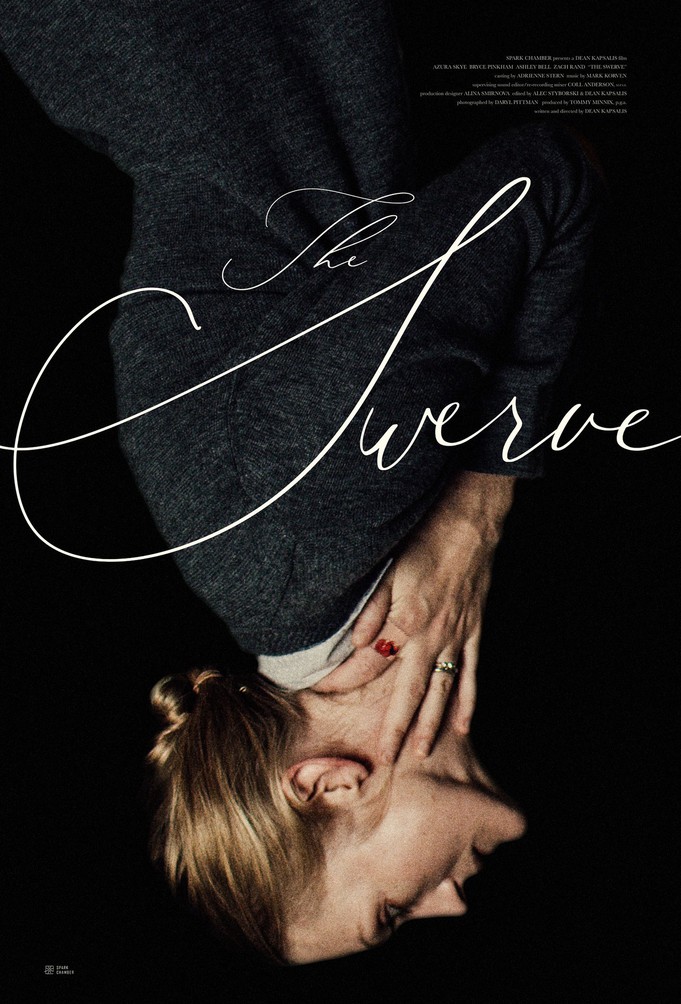