Freddy-Reviewing the sequel to TIMBERWOLF, titled SYMMETRY by Tom Julian.

You can find my review of TIMBERWOLF here.

As Tom mentions in his dedications, this is a sequel and you’ll be lost without the original. It sets everything up and spends the needed time to set everything up in Symmetry.

She hung her head in silence for a few moments. Conversations between neighbors were now strained with the overhang of politics. It came down to infinitely complex issues boiled down to for or against, black or white.

SYMMETRY starts right where TIMBERWOLF left off. Kizik has detached his psychic spider tentacles from Timberwolf Velez’s mind. They’re free of one another and both are thankful for the loss of entanglement. The spider creature heading for his kind, the Arnock. Timberwolf, without any kind to trust, starts thinking a bit on matters of the heart.

Salla Birdwing ends up separated from the crew and in the clutches of Emmanuel Gray, who died and has been reincarnated as a hybrid of sorts. He’s lost the title of Bishop but has gained so much more insight. Gray’s new eye seeks the destruction of the human race, using a long forgotten alien race called the Symmetry. He owes his new vision to Vincent Dacha, an eternally downloaded clone that’s getting tired of his current digs.

Highland, the AI driven planet down for the count at the end of Timberwolf is still involved via the flickering maître d, Penny. Archangel and Challenger are aging quickly but remain flying the night skies. Captain Jephtah and Dr. Tier are still far from friends. Dr. Tier receives a friend in the form of a psychic spider in her brain so it all evens out.

This is an epic battle. One where all must band together to fight a common enemy.

Luckily, the Symmetry are frozen in time on their self-contained planet. Harmless for now. Gray is in a rush to thaw those baddies out and wreck destruction on galaxies as far as the lens can see.

It’s a race to the death!

SYMMETRY takes the action driven character introduction of Timberwolf and expands its horizons beyond those borders. This is a space tale that’s easy to follow but harrowing.

The characters are all unique and singular. I believe everything that’s going on, each decision made. Even when I don’t agree with that direction.

This reads like a movie. It’s so visual. I see everything Tom throws at me and it’s coming fast. I don’t know how he crams everything in there so cleanly but it’s an easy read. The chapters thrown down like shots of your favorite whiskey.

There’s all kinds of fun to be had for Sci-fi fans. The drone swarms are my favorite but there’s creatures big and small. Tom handles all of them with care. Even the Symmetry are given more than a Borg like need to destroy all. They are a proud race and one that isn’t easily manipulated. That he makes them have feline characteristics, I think is appropriate. There isn’t a creature on the planet deadlier than a cat. They are born killers and so are the seven foot Symmetry. However family and honor run strong in their veins too.

Everything has humanity, even Wrath a deadly pet for sure.

I really enjoyed this sequel to TIMBERWOLF.

SYMMETRY dazzles with visions of a great space race to an end you won’t be able to predict. One that definitely leads to a final showdown and a third book.
Since, I reviewed Timberwolf in April and this is November, I fully expect him to complete this one next year.

If you love your sci-fi, I can’t recommend this series enough. There’s heart, action, and different species, enemies, situation and lasers shooting at you from start to finish.

You can grab TIMBERWOLF here. 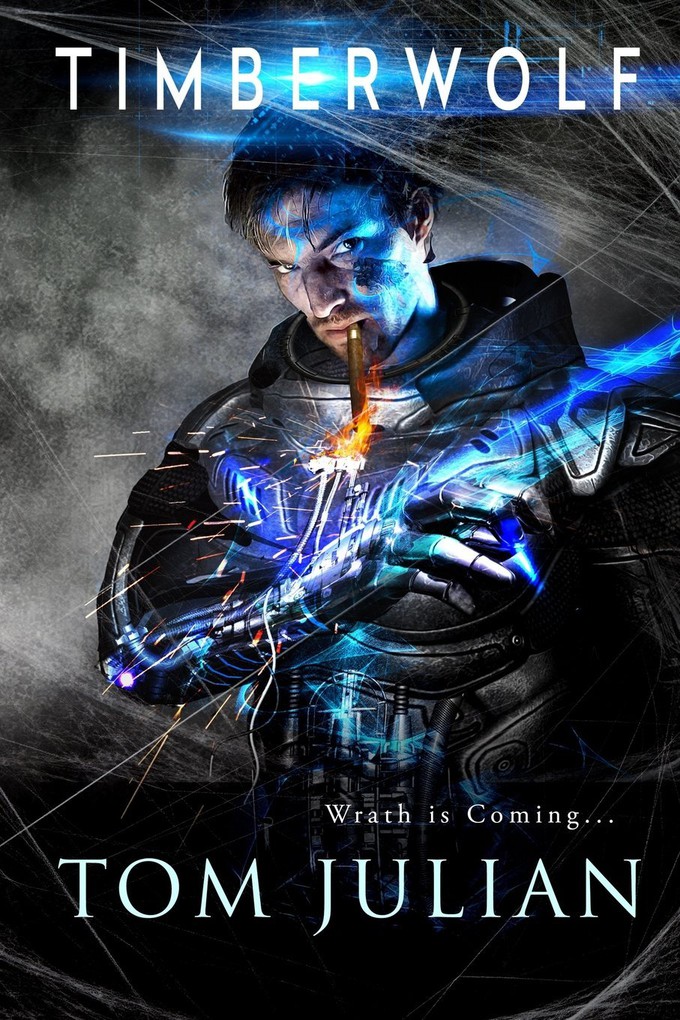 You can grab Timberwolf SYMMETRY here.

Joseph Dacha hoped he wasn’t about to die. Sure, he’d regenerate and his memories would live on, but who wants to go through all that trouble? 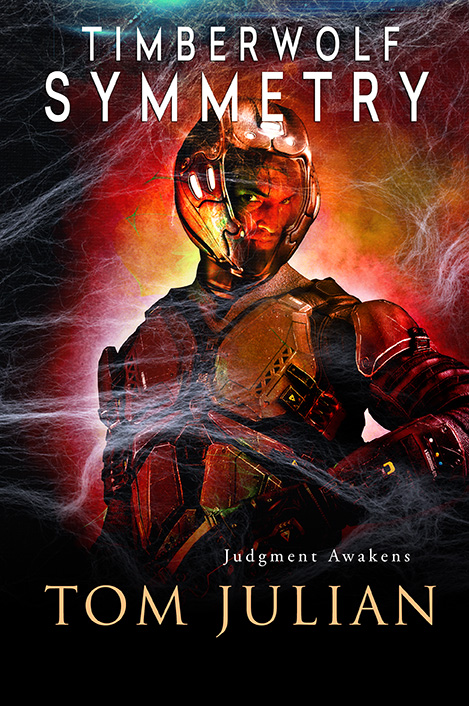