Zombies. They’re fucking everywhere. You can’t watch a horror movie without them rising, very slowly, for some brains. While the idea of zombies had been around for a long time through voodoo. The slow moving flesh feasting zombies we all know and love all started with one man, George A. Romero.

He wrote and directed NIGHT OF THE FLESH EATERS in 1968. The movie changed its name at last minute and the distributor forgot that copyright sign and now everyone can steal scenes from NIGHT OF THE LIVING DEAD without paying a red cent. Not to mention, we missed out on DAWN OF THE FLESH EATERS and DIARY OF THE FLESH EATERS.
He made five more movies in the realm of ‘The Dead.’ Each one giving you subtle reminders of how close humanity was to living like the dead in his films.

The hardcore fans know he talked about writing a novel his entire life. Unfortunately, he died while only 100 pages into it. 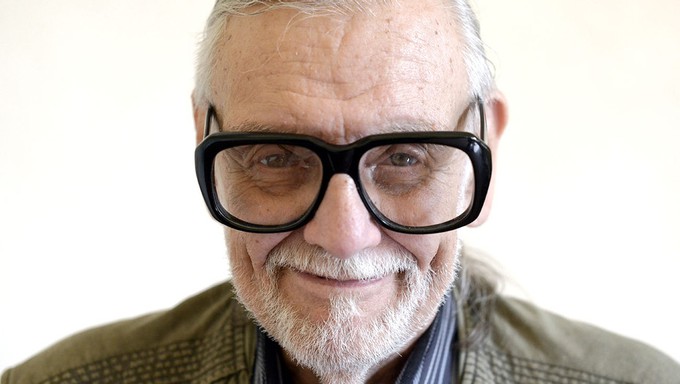 Daniel Kraus' (Writer for TROLLHUNTERS/THE SHAPE OF WATER) explanation at the end of the novel on how he was asked to finish it and it all came together is awesome. It all started with a friend of a friend. Doesn’t it always?
This friend happened to be George’s agent and he asked Daniel to complete the novel. Once he agreed he received George’s 100 page start. Then another 100 pages materialized later from THE DEATH OF DEATH, an online serial novel that Romero started in 2000. When he’s ¾ of the way done with writing the novel he received a lost nine page letter Romero wrote, explaining his intentions and reasons for certain plot points and characters. No doubt, that forced Daniel to rethink some aspects of what he was already well into. It’s obvious he adored George and only wanted to honor him by finishing his novel. I think he accomplished that. His forward says it all, “For George. I never got to thank you.

The corpse’s skull broke into irregular pieces scattered across John Doe’s back and legs. Pink-gray matter, once the brain of someone who’d mattered, splattered across the tile. The dull light that had animated John Doe’s white eyes dimmed. The body sagged to the floor, limp as a steak, except for the head, which was still noosed in computer cables. Bloody drool, the last thing John Doe would ever offer, skimmed down a power cord.

THE LIVING DEAD is broken into three sections, the first of which is titled The Birth of Death. It’s here, we meet all the main characters-

Karl Nishimura-A Japanese American stuck on a, stuffed to the gills with zombies, aircraft carrier.

Charlene Rutkowski- A pathologist who welcomes in the first reanimated “John Doe.”

Greer Morgan – A young woman when the plague hits and a seasoned “lion” when it’s all said and done.

Chuck Corso – A bland face in news broadcasting who becomes much more when the dead rise.

Etta Hoffman – A loner who creates the library documenting this last run of the living.

A few hundred pages later, we’ve been introduced to all the characters and how they ran into this plague initially.

The second portion, The Life of Death, speeds by before you know it. It follows the characters 11 years after initial breakout and trying to find order in a world that’s lost it.

The last 200 pages’ish encompass one fateful date in a safe haven in Toronto, aptly titled The Death of Death.
THE LIVING DEAD has everything you could ask for in a novel about the undead. We learn each character deeply, understand their motivations, and follow along as they run from one crazy situation to another. We watch as the living build tendrils of trust with one another. Tendrils that are precarious and slippery. There are moments when I read it when it felt like George was sitting in the bed next to me. (Get your head out of the gutter!) Reading his zombie story to me like a nursery rhyme. And those moments felt like perfection.

Though I can definitely see it taking its place as the transcendent discussion on zombies. It tackles the entire history of the undead plus their eventual slow down. There’s some great philosophy in these pages and I think when you’re talking about the dead rising to eat our brains, philosophy keeps us grounded and thoughtful in all that chaos.

I had two main issues with the novel.

That said, this is a damn good novel on the rise of the undead all the way through to its conclusion. When it’s all said and done Daniel writes a coauthor’s note that’s worth the price of admission alone. It’s a heartfelt homage to the man George A. Romero. Daniel takes us on a quick glimpse tour of George’s career. Then follows that up with how he came to be the coauthor on THE LIVING DEAD. It’s fascinating stuff and made me miss George more.

THE LIVING DEAD is a gore filled journey wading through the darkest reaches of man only to grasp a vine at the last minute to pull humanity out of the muck. 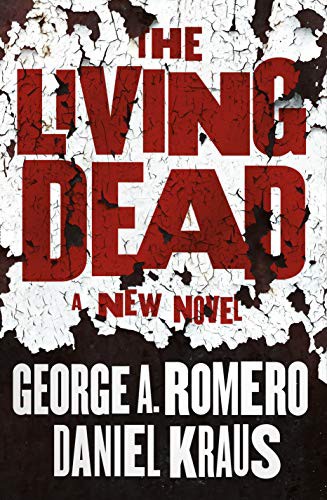