Freddy-With a review of a bio-hazard based mystery/thriller titled THE COMPLEX: LOCKDOWN.

It all starts with the sounds of the rushing tides over slightly foreboding music. It’d be poetic if it wasn’t for the gunfire. There’s a hazmat tent set up and two hazmat clad scientists along with two convulsing patients inside. There’s only one vial available and two patients.

Hey, one life saved is better than none!

Dr. Amy Tennant (Michelle Mylett) tries to dispense the cure under the watchful eye of her partner Rees Wakefield (Al Weaver). A violent spasm from the patient later and no one is getting cured today. Amy just wants to fall into the open arms of Rees, except he split when it got rough. 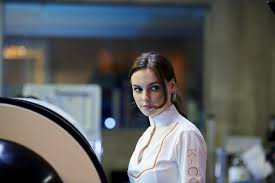 While giving a presentation to the board there’s a terrorist attack and she’d needed back at the Kensington Complex. The terrorist is from the local British Colony of Kindar.

If that’s a real place, I can’t find it.

The terrorist Clare Mahek (Kim Adis) is also sick. She's had Amy’s nanotech injected within her bloodstream and it’s not going well. Amy needs to remove the nanocells without killing Clare, which is impossible. She has a team of four, including that unreliable jerk Rees. The team of four drops to two after an acid attack and yet another terrorist attack.

The scientists are desparate and check back in with their backer Nathalie Kensignton (Kate Dickie from GOT). She seems more interested in keeping the nanotech secure than any empathy towards the woman dying from said nanotech. 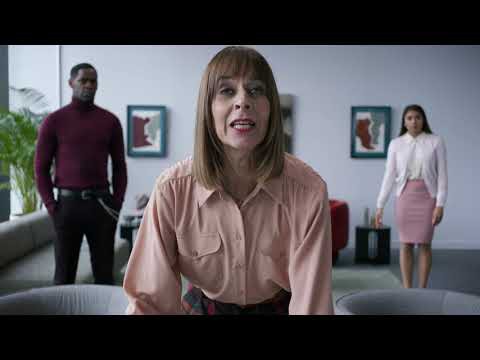 There’s also some guys from Kindar that want to kill Clare and have broken into the supposedly impenetrable complex. They’re still behind some pretty secure doors but it’s only a matter of time.

THE COMPLEX: LOCKDOWN is a complicated story set entirely in the complex of mention. It’s a fascinating location. I entertained myself just looking at the set pieces. For one location, it feels like we’re seeing much more.

The virus affecting the breakdown in this film is the acting. I’m not familiar with the main actress Michelle Mylett but her wooden acting kills the emotion the director tries to invoke. She gives the same monotone delivery for romantic scenes, doctor spiel, and panic. I don’t want to pick on her but the lack of charisma holds this feature down. She’s beautiful so I do understand why the director chose her but it doesn’t work.

I found myself enjoying the film despite her. This isn’t a great film but I found it entertaining. Even if my girlfriend and I mimicked Amy all night while the Dodgers played. Giving robotic feedback on the game’s progress to one another to humor ourselves.

In that way, I must admit this one sticks with you. I just feel like there’s a much better story in there, waiting to burst out.

The coolest thing about THE COMPLEX: LOCKDOWN is it’s also an interactive game you can find on just about every platform from earlier this year. The game offers up different paths to multiple endings, a modern day Choose Your Own Adventure.

THE COMPLEX: LOCKDOWN is visually striking thriller that doesn't quite reach the heights its aiming for. In the end, you'll be slightly satisfied but wondering why you didn't put MOON or SAW on instead.

If you have 1 ½ hours to kill, you can definitely do worse than this one. For me, this one kept me interested throughout but ultimately fell flat. I blame the acting but what do I know?

I love this poster! Reminds me slightly of CUBE, though they’re not all that similar. Maybe it’s all the cubes? 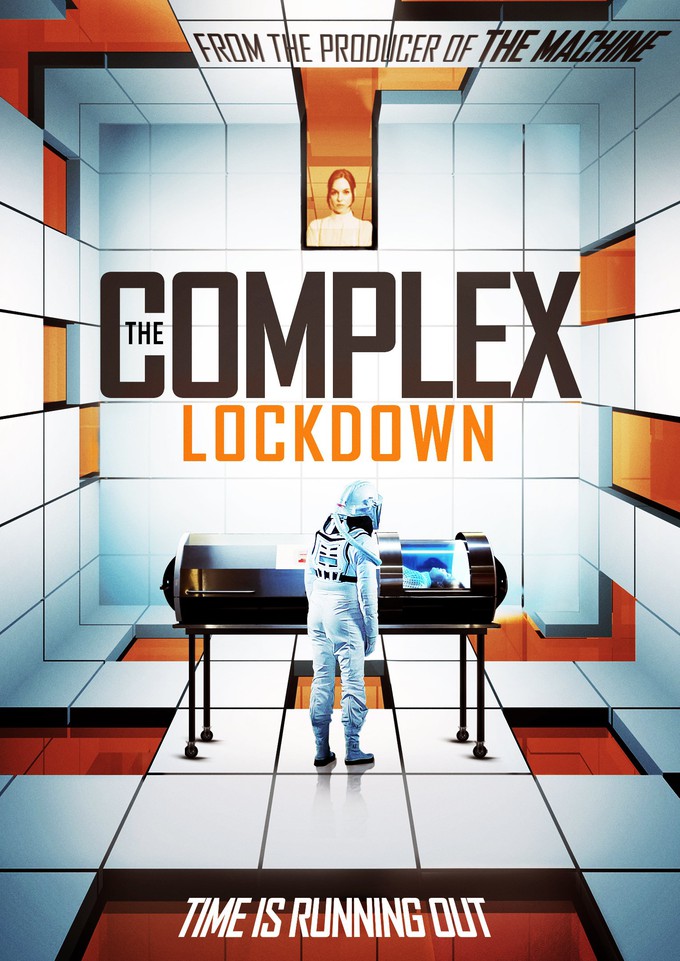