Freddy reviews a not to be missed, Russian horror/Sci-fi film titled SPUTNIK

Freddy with a review of SPUTNIK

SPUTNIK is an excellent Russian horror/sci-fi thriller starting in the depths of space and ending on firm ground.

When Konstantin Veshnyakov (Pyotr Fyodorov) arrives from space, at the landing site in 1983, he’s not alone.  The commander is dead, the flight engineer in a coma and Konstantin’s breathing but can’t remember anything.

He just wants to go home.

Instead, he’s brought to a secluded underground facility by Semiradov (Fedor Bondarchuk) for further study and poked and prodded, as per studying 101.  Semiradov, while off base and frustrated at his teams’ lack of progress, meets Tatyana Klimova (Oksana Akinshina) and her attention to detail over career wins him over.  He hires…or voluntells her to assist in finding out what’s wrong with Konstantin.

Konstantin seems pretty normal to her, though obviously suffering from PTSD.  Her diagnosis complete, she’s free to go.  Except it’s an uninformed diagnosis and late one night she finds a more symbiotic reason for why she’s really there.

Konstantin didn’t come back with just a dead commander and comatose shipmate, and an upset stomach.

What starts out as a Russian version of ALIEN, morphs into a much better version of VENOM with the heart of BABY: SECRET OF THE LOST LEGEND.  Man, I loved that last movie, while growing up.  So what if that’s the only reason it made this article?!?!

Egor Abramenko makes one hell of a debut off a story written by Oleg Malovichko and Andrei Zolotarev.  This director knows what he is doing and Hollywood should take notice.

The cinematography is gorgeous by Maxim Zhukov.  Everything feels bright and vibrant in the darkly shadowed underground facility.

Capitalizing on cold war tensions 1983, you feel the Russian’s desire to beat the Americans.  They rush to space and an opportunity arrives back home with Konstantin.

What if they can harness the power within?  It’s an age old question for thriving governments.  Beating the competition.

Problem is, they don’t have a willing participant and the slow burn flick gets boiling real quick.

The acting is great in this one, helping to fill the story building.  This is the movie VENOM wanted to be.

Fair warning: There are no superheroes in this film.

Though the movie moves at its own pace and logs a solid 1h 53 min, it felt like a shorter film.

If you like a mindless action packed gore-fest-so do I!  But then this probably isn’t the movie for you.  Plus, you have to read.

If you however enjoy a strong space based story backed up by some great CGI that has its gorily satisfactory moments, you will have to check this one out.

The poster makes me giggle.  I’m not sure what they were going for exactly with that image but I’m positive it wasn’t the projector screen scene in GREMLINS! 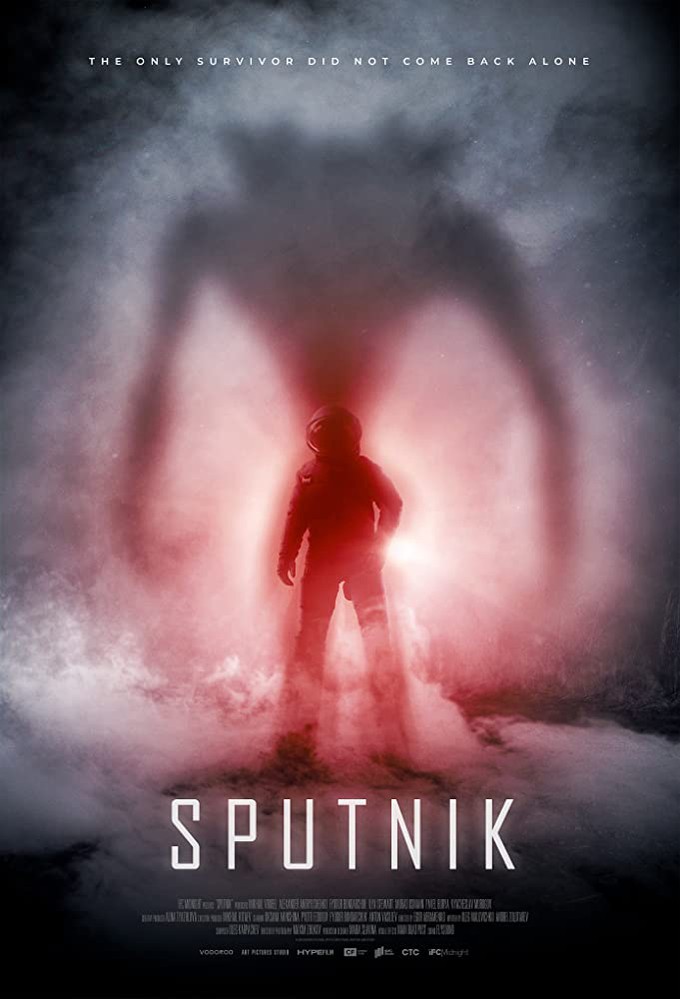 Anyone heard about this one?

What's your favorite movie with an earth based extra-terrestrial?
Mine is easy,THE THING is my favorite horror movie and may have one of the best endings in cinema.

It broke my heart to hear Dr. Blair passed 11 days ago.  I keep remembering his line while stuck in that cold snow covered cabin and hoping it's true for him after two months of hell.
"I'm all better now."

I hope so man.

Til the next one friends, cheers!