Freddy wishing everyone a Merry X-mas and a review of a science fiction novel not to be missed-SPIN by Robert Charles Wilson.

Freddy-Wishing every last one of you a wonderful X-mas! I hope 2020 wasn't so rough on you and you found a new normal within.

The human race managed not to trigger a full-blown global war, to our credit. We made our adjustments and got on with business, and by spring people were talking about “the new normal.” In the long run, it was understood, we might have to pay a higher price for whatever had happened to the planet…but in the long run, as they say, we’re all dead.

SPIN is a tale spun (sorry, I had to) in such elaborate fashion it should be damn near impossible to understand. Charles’ ability to spin the complex in easy to understand fashion makes this one a magnificent read.

SPIN is the first in a completed trilogy, with AXIS and VORTEX following the events in this one.

Three kids are shunned by their parents at a party. They make their own fun and sneak outside. Our protagonist,Tyler Dupree escapes outside with Jason and Diane Lawton only to watch the stars go out. The sky that's left, eerily black. In the morning, the sun rises but it’s a projection. An illusion created by an unknown alien race later deemed the Hypotheticals. These aliens also threw one of those Stephen King domes around the planet. A space membrane that allows items in and out of its exterior, with a price.

The next day all the satellites fall from the sky with one standout feature-The technology has aged thousands of years.

As humans naturally do, they eventually move on and live under the encircled dome like everything is fine. With new gods, new religions form. There's also a team of scientists trying to figure it all out, but largely people move on.

Some thirty years later, the kids are all growed up. Tyler is a respected doctor. Diane has joined the New Kingdom sect, a cult worshiping the new top dog. Jason is a brilliant scientist studying the space membrane at the famed Perihelion Center in Florida.

Good thing too, because the sun is literally dying and the human race as a whole need answers…soon.

Jason is close and has a revolutionary new idea. One that has an infinitesimal chance of success. Since that’s the best odds in the house, he’s given the go ahead to create a new race of humans on Mars.

SPIN is a science fiction epic. Mixing the novel UNDER THE DOME with the easy to understand high-tech vernacular of the movie PRIMER, one can’t help but comprehend the high falutin discussions at hand.

Robert Charles Wilson creates three very different and unique characters. Sprinkling in an assortment of folks in for good measure.

The reader feels the end of the world being stretched thin and it lends a strong motivator to get through the book and see our humans to safety.

There’s a love story mixed in, that I’m sure plays out much bigger in the following novels. Thankfully, this one just touches on that love and focuses more on the loss of innocence. Growing up rips our childhood away in cruel fashion. Sometimes by our own hand. Sometimes by circumstance. It’s a cruel world out there boys and girls.

As one of the characters says in the novel, “Everyone falls. We all land somewhere.”
Simple sure, but 100% correct. It’s about where you fall, eh?

If you like science fiction novels and haven’t caught this one yet, I absolutely recommend you do. Some of the heady stuff made me set the novel down, to contemplate and research. If your writing does that to me, then I’ve bitten the line and am just waiting to get in the boat.

My next book review will be of the new WAITING FOR THE NIGHT SON by Julie Carrick Dalton.

The men from the car had broken in through the back door. They switched on more lights as they moved through the building, making yellow squares of windows with drawn blinds, but I had no way of knowing what they were doing there. Searching the place, I guessed. I tried to estimate how long they spent inside, but I t seemed to have lost the ability to calculate time or even to read the numbers on my watch. The numerals glowed like restless fire-flies but wouldn’t stand still long enough to make sense. 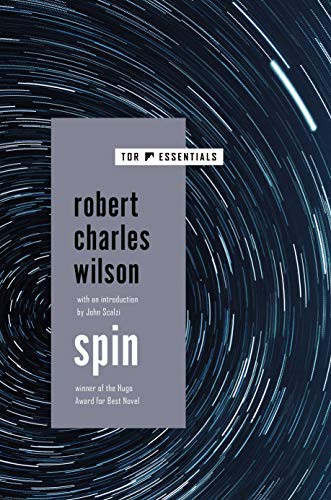