Freddy sits in the morgue and watches Mr. Sam in action

Freddy-With a review of a controversial short film making a lot of noise titled MR. SAM.

Mr. Sam is a shy and timid man. He's actually more of a man-child, still a little too connected to his overbearing mother. His only friends consist of his dad, one of his much younger students and the dead guy he’s giving an autopsy to.

Sammy is a lover of fine music. Electing to play Rolando Gori’s ‘Incident at the Morgue and The Caretaker’ as he picks a tool of his trade from the metal table. The symphonic tune played out of a phonograph, (record player for you young'uns) creates an amazing amount of atmosphere that helps with the overall tension and dread.

You’re not sure if this is all going to go A SERBIAN FILM or if there’s a sugarcube at the end that will help you wash it all down.

Then Sam leans over to kiss that dead guy. 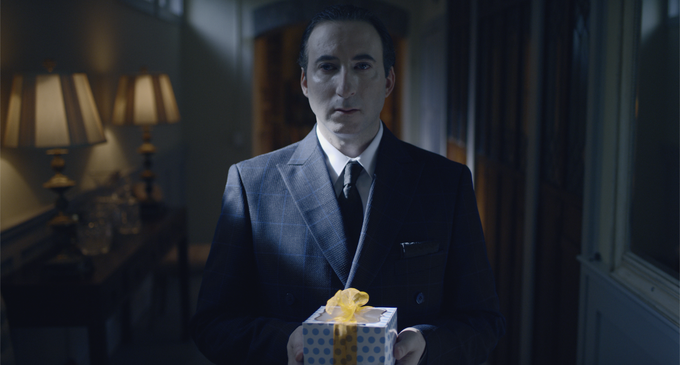 I know it all seems a bit creepy but its all love, with a corpse.

Sammy’s secret comes into play and he’s trustworthy enough to be told a secret by his favorite student too. One that ties these two together into this Danse Macabre that’s much denser than it seems at first glance.

I loved this short twenty-nine minute film out of GENREBLAST.
Full of misdirecting tension with a great little surprise at the end that binds it all together quite wonderfully. I immediately watched it again after my first viewing.

Zeus Kontoyannis wrote and directed here and makes me want to see a full feature out of his care.

The entire idea rests on Mr. Sam’s shoulders and Christopher Piccione is pitch perfect as the polite but snappy curiosity.

I find short films to be a mixed bag. Largely, I find them disappointing. They’re either trying to cram too much story into too short an amount of time or they’re nonsensical. This one is an exception to that thought. It's a tightly wound ball of yarn that unspools as it's supposed to and ends on a perfect note.

I definitely recommend you look out for this one! 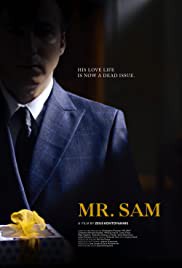