Ken, with a review of MOB TOWN.

Who the hell doesn’t love a good lawless mob movie?  SCARFACE, GOODFELLAS, CASINO, GODFATHER 1-2 (forget that last one), DONNIE BRASCO, THE UNTOUCHABLES, MILLER’S CROSSING, THE PUBLIC ENEMY, KING OF NEW YORK, and now THE IRISHMAN.  I could literally do this all day.  We’re drawn to these films, the lot of us.  I think deep down, most of us like the idea of being a gangster.  That first part, like when Karen starts dating Henry Hill.  Not the part where Michael and Fredo go fishing.

So, I was pretty excited to review MOB TOWN.

A notorious story where the local police identified a meeting of the heads of the Mafia in 1957 upstate Apalachin, New York.  To boot it was directed by Danny A. Abeckaser, who just got to film a bit part in THE IRISHMAN, so he saw the master in action.

New York, mobsters, loud Italians, and a notorious meeting, what could go wrong?
Most everything, apparently.
Ed Croswell (David Arquette) is the clumsy local sheriff who spends half the film unconvincingly wooing the local Natalie (Jennifer Esposito).  Their first date is him fixing her car.  The other half he’s gumshoeing these out of towner Italians. 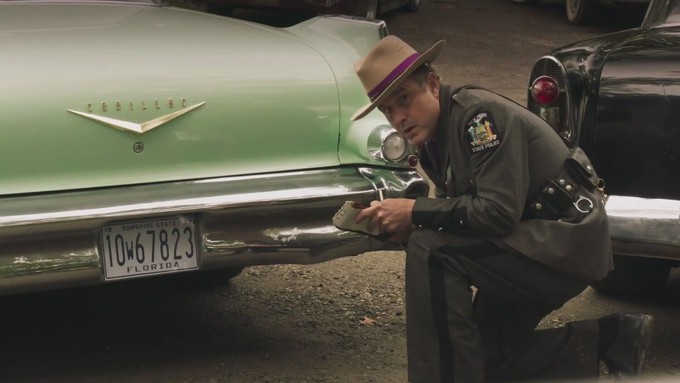 He yells at his superior.  His superior yells back.  Everything in this flick is loud.  The shirts, the Italians, their wives, and the direction everything is heading.

Local Italian, Joe “The Barber” Barbara (also Danny A. Abeckaser) gets the honor of hosting the meeting of the heads, led by Vito Genovese (Robert Davi). Barbara's wife Josephine (Jamie-Lynn Sigler) is a one note character.  Shrilly barking in the kitchen, which is where she spends at least 80% of her time.  They buy up all the meats in town for their big opportunity, which sets up too many scenes about food.

This movie spends an inordinate amount of time on the food.  Which i'm all for.  However, it doesnt' fit and makes this movie feel like a few different ones edited togetherr to make one full motion picture.  A goofy romance between Ed and Natalie.  A meeting of the who's who in the mafia.  And a bland yet pushy insistence to film what everyone is eating.

The end was the most frustrating part of the entire film for me.  Everything leads to something going down and nothing ever does.  In fact, the credits roll and we get a measly two sentences as an epilogue.

Whoever cut that trailer though, deserves a massive raise!

There’s a few scenes in the beginning as Vito kills off the competition that gear you up for what's ahead.  Then those scenes are mired with rote tough guy talk that doesn’t’ feel authentic at all, immediately after.  I think every bad guy in this film was chomping a cigar before he did bad things.

I caught myself laughing at the cuts to actual real life 1957 New York throughout.  They were so constant and awkward. I ended up playing a game with myself, trying to guess what name would appear on the marque the next time it was mindlessly tossed in.  I sucked and got none which definitely added to my frustration.

MOB TOWN was written by Jon Carlo and Joe Gilford.

This was Danny A. Abeckaser’s sophomore effort and I hope he really goes for it next time.  Save it all for a pwoerful ending if nothing else. This one however, felt monotone and listless.

Don’t let all those guns in the poster fool you, they’re just for show! 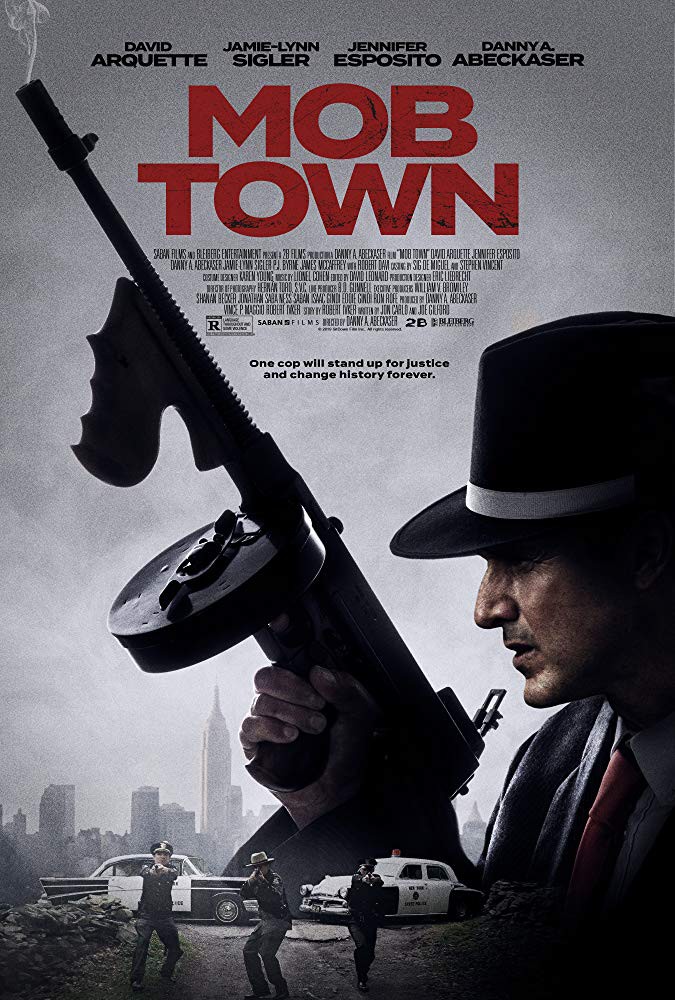 A fantasy story wrapped around a sword called HOMESTEAD.