Freddy-Reviewing the second season of ETHERIA, out September 24 on Amazon.

ETHERIA is a horror/Sci-fi anthology series. Each episode is directed by a different woman director and has a different theme or idea at play, though largely these stick to the horror genre.

So how are the women at horror anthologies? Pretty darn good if this season is any indicator. Sure, like any anthology there’s weaker segments. Some feel rushed while others are much more polished. Overall, I think Season 2 is a winner.

Each separate episode plays well into the whole. There’s heartbreak, a healthy serving of gore, and pretty decent acting. The direction is all over the place. A couple of the episodes spend their pittance of time creating long drawn out tension that rewards the audience at the end. A couple are exploitive and a few are all about the gore. You even get a comedy to break up the monotony.

If you like anthologies, you should definitely give this season a go. There’s a few gems inside!

This one opens on a ‘nice girl’ taking care of her invalid grandmother at home. The nice girl just want to go roller skating and get laid. Finally she lands a sucker and runs home to tell mom. Except little red riding hood better be more than nice if she’s going to get away from this big bad wolf.

This one is pretty straight forward, late 70’s-early 80’s, slasher.

The aforementioned Sheila is a stripper at the local club. She knows her way around myriad poles and we see her dance on two different ones immediately. Is it her boyfriend or just a lucky customer? Doesn’t matter, he’s dead in seconds. Then this exploitative tale of revenge gets cooking.

In this one we follow a particle physicist into brainy territory. She discovers time travel and discusses her findings with Kurt Godel travelling back to the 1930’s to discuss. Kurt wrote the blueprint for time travel in 1949 and now I’m questioning if he really wrote that thesis. This one dips more into the sci-fi realm obviously but has tinges of horror teasing at its heady corners.

It’s a teenage slumber party. The pretty ladies are conniving ways they want to kill their boyfriends. Or make them submissive, either/or. It’s just a fantasy, right?

Welcome to Bangkok. Women are being sold to greasy foreigners in this gentleman’s club. Don’t make life hard for the owner though. She has another job waiting in the basement. The basement girls are disappearing from.

This was the weakest one for me. It had a ton of promise, was satisfyingly gory and the concept was great, but it just didn’t work for me.

A serial killing felon gets shot by a cop. The felon has a trick up his sleeve and he Horace Pinker’s his way out of death. A group of girls run the possessed cop over in the street. Problem solved. Except one of the dummy’s gets too close to the corpse.

Lots of body possession in this SHOCKER. 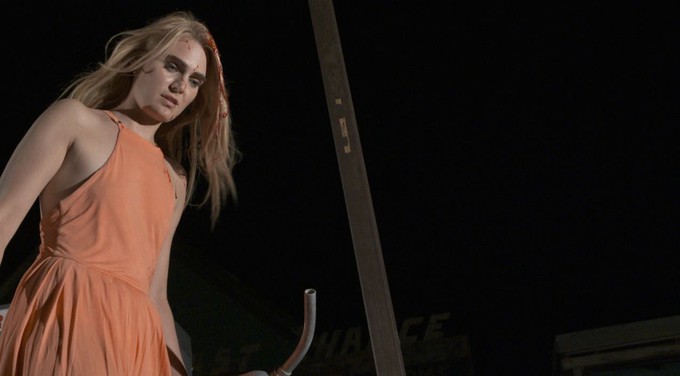 An illegal immigrant can’t afford to pay his way, so he pays for his wife and daughter to cross the border and heads out on foot. It’s a desert. Things don’t go well. A stranger throws him some water and when he wakes up from the poison a mask has been sewn into his face. He hasn’t met the luchador he will wrestle yet but the chants of “El Gigante” can’t be bad right?

This one was absolutely brutal, gory and awesome!

A mother and son wake up in their bomb shelter. Times are tough. The kid is in a wheelchair to boot. Mom goes out for supplies and leaves him all alone. Will she die out there and leave him to slowly rot too? Or is something even more nefarious going on?
I really liked this one. There’s a good mystery to solve and it hurts just a little bit. The way good horror ought to.

A trio of witches are brewing a spell. One of them sucks and can’t get the rhyming right. The other two are getting pissed and then the magic really happens.

I wish this one had been in the middle of these episodes. It’s really fun and the humor is perfect to split the series.

It’s X-mas and our actress is staying home for the night. Then a knock on the door and a man begging to come inside. He’s scared, doesn’t have a phone and someone is in his apartment. He needs to call the police. She gives in and lets him in. Everything is fine, though he’s a bit odd. Then the cell phone, he said he didn’t have, rings.

This one was excellent! There’s a slow build and no gore but it kept me on edge throughout and I like that!

ETHERIA SEASON 2 is out today on Amazon, here! 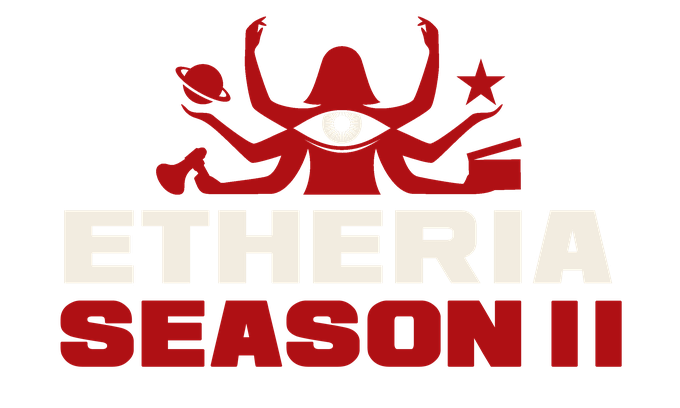