Ken with a review of a documentary titled MARKIE IN MILWAUKEE.

To start this review I will simply state I’m a middle aged heterosexual male who doesn’t quite understand the topic at hand.  I can only speak from my small prism of knowledge.  So all apologies for misspeaking on genders or anything else insensitive I may step in, in my attempts to understand and review a very powerful film.

MARKIE IN MILWAUKEE follows Mark, a seven foot, 400 pound man preaching in the local fundamentalist church.  The documentary starts with a sliver of a scene showing Mark shredding any remnant he can find of his past life.  The only glimpse we get of this past life is a smiling Mark, in a wig before it’s rended in his shredder.  In the decade of film that this documentary was spliced from we learn that Mark is very conflicted.

Four years before that scene we watch as Mark transitions into Markie, the female he always felt he was internally.  Markie is as sweet and caring as her male counterpart.  Just a gentle giant wanting human connection like the rest of us.  Problem is, once she dawns the wigs and dresses, she’s immediately ostracized.  At points it seems like her only friend is a local photo booth she uses to document her progress. 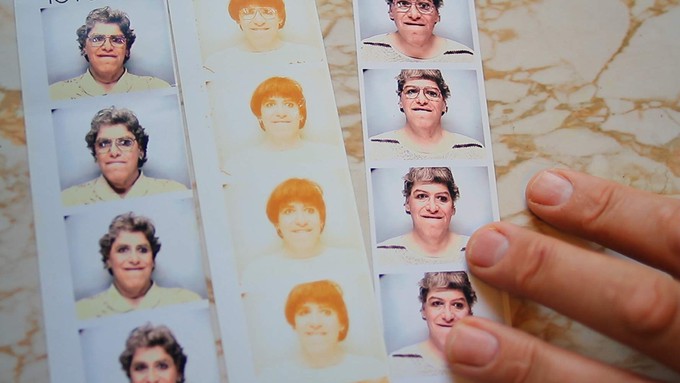 Markie tells his wife her darkest held secret and the inevitable divorce begins.  Her kids, raised by Mark in a fundamentalist Christian church, also cut themselves away from her confusing choices.  You really feel for Markie as she sets out to be, who she was all along.  She ends up very alone and before getting her complete transition surgery she receives an e-mail which Markie clearly feels is a message from God.

Markie elects not to go into surgery and become Mark once again.  Everyone she lost, seemingly reappears and everything is back to normal.

Except this documentary will have you questioning what is normal.  It’s a movie that I’d recommend to everyone.  It’s not in your face with this subject, it’s matter-of-fact.  Where most of these type of movies tend to have a great supporting structure helping the person through their transitions, here we have Markie, utterly alone.
There are scenes here that cut to the very core of who we are as people.  It’s a weird concept to think of someone stuck in the wrong gender.  It’s even weirder to me, to see people love this person and turn off that love because they want that person to be someone else.  I can’t make sense of that either, honestly.

There are no answers in this film.  It’s merely showing a transgender woman trying to come to terms with her own heart at the expense of those she cares about.  I can’t pretend to understand what making a decision of that magnitude feels like.

MARKIE IN MILWAUKEE helps me understand, with its sympathetic take on Markie, using her own words.  We see the confusion.  We hear the pain.  And in the end, you realize you’re not so different from this suffering human being.

Matt Kliegman does an amazing job with this 1h 32 min documentary.  This is not a subject I’m drawn to, yet I couldn’t take my eyes away.

My favorite scene involved Markie at his school reunion.  Other alumni are shown giving Markie shit for his (he’s Mark at this time) gender switches.  He takes it in stride, being the gentle seven footer that he is.  It all culminates in a gut-wrenching class photo.  Once the pic is taken everyone slides into their natural groups.  The conversation growing in volume as Markie stands in the same place looking around, utterly alone.  It embodies his existence and made this guy want to give Markie a heartfelt hug.

8.5 out of 10 seven footers hate being asked if they play basketball, even if they do. 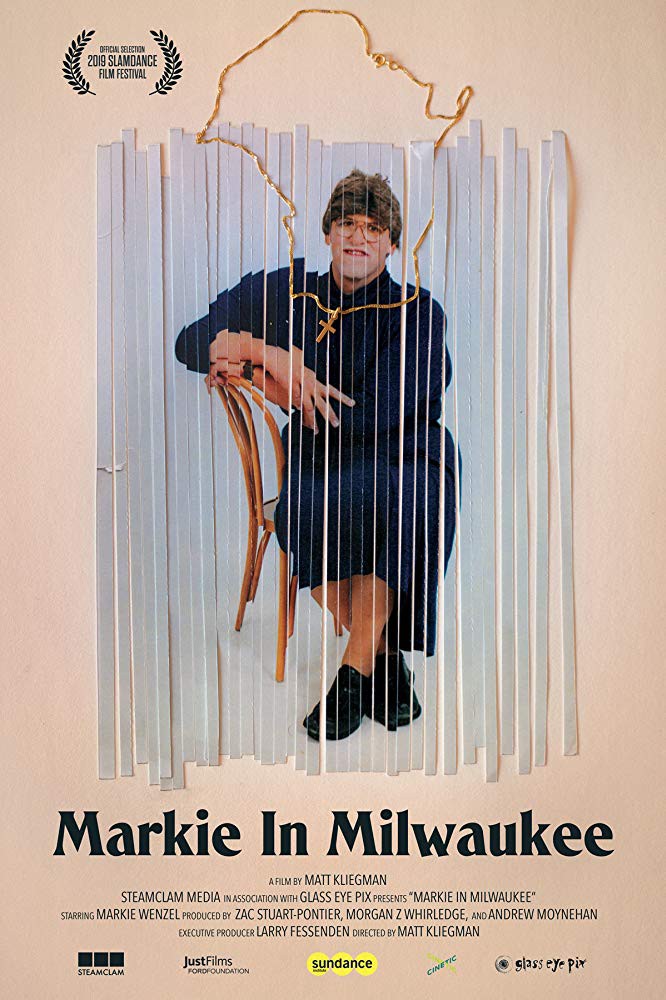