Freddy survives the mysterious horror/thriller DEATH OF ME

Freddy-With a review of a mysterious coastal town based horror flick titled DEATH OF ME.

This one opens in Bangkok, Thailand. A couple of tourists wake to warnings of a deadly typhoon headed their way. Christine (Maggie Q) is groggy and slow waking. It was a rough night. They got wasted in a little bar, took poison, and now Maggie has a questionably good luck talisman around her neck. 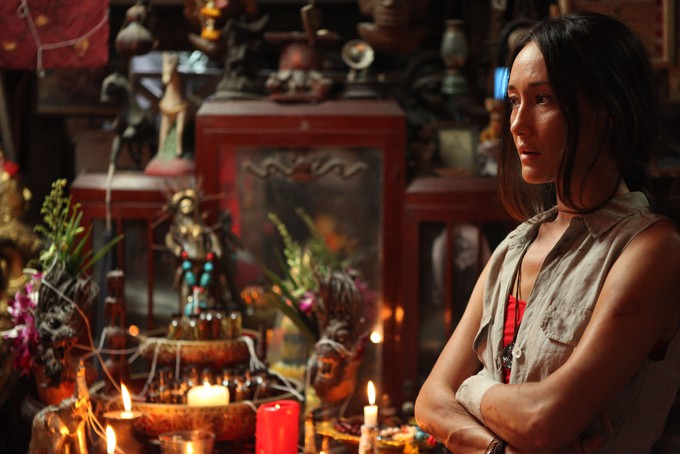 Neil (Luke Hemsworth-It’s nice to see the Hemsworth’s giving the Baldwin’s a run for the money!) is fine. He’s got literal blood on his hands but he’s fine. He doesn’t know why his hands are bloody or how she got that talisman around her neck either.  Besides, they’re late for their boat out of town!

They rush to the ticket booth and can’t find their i.d. Stuck in paradise for another night. It’s a rough life.

They get back to the cabin and try and figure out why they can’t remember what happened last night. There’s a video on Neil’s phone that’s hours long. Maybe there’s some answers there?
The recording starts in the bar after they drank those Nam Man Prai shots and things get weird. The video turns all white noise and then there they are hours later stumbling on someone’s front lawn. Luckily they’re not sick so there’s no barfing. Neil does takes advantage of his inebriated wife but she seems like maybe she was into it? Then he chokes her out until she dies. Burying her unceremoniously with the weedy lawn. Christine was definitely not into either of those last two.

Should she open the door? Neil has killed her once before, apparently. Can she trust him now?

She needs her hubby to figure out what the hell happened last night, how they can get off the island, and what exactly this talisman means.

DEATH OF ME is a damn good mysterious thriller. There are some incredibly creepy moments in this one that make it slide to the horror side.

The witch doctors that appear in her blackouts look suspiciously like walking/breathing shrunken heads. It’s a really unsettling effect, though simple in concept. There’s a few scenes of gore that feel especially haunting due to an incredibly unique score by Mark Sayfritz. These scenes really reminded me of the excellent THE WAILING. Using the music to create the tension and showing you very little.

All the storm warnings took me down memory lane at one point. Reminding me of an old favorite at the arcades-Whirlwind the pinball machine.

“The storm is coming return to your homes!” 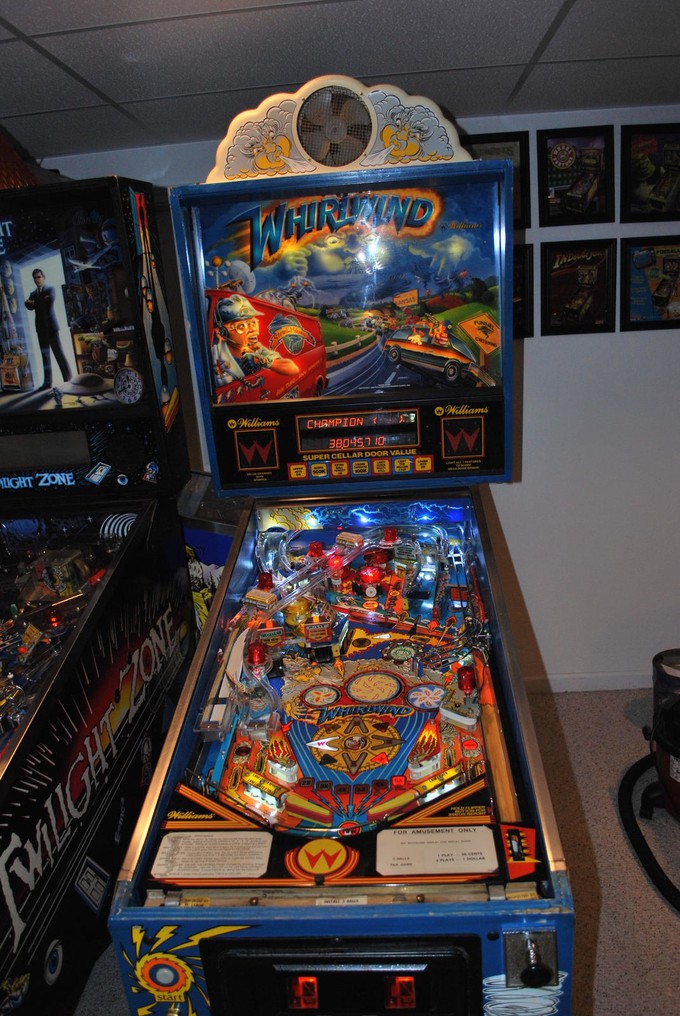 Luke and Maggie do a serviceable job as a husband and wife trying to figure out what’s going on. Their fights feel authentic, as do most of the interactions. For whatever reason the romance didn’t work for me. They spent very little time on that, so it was a non-issue. 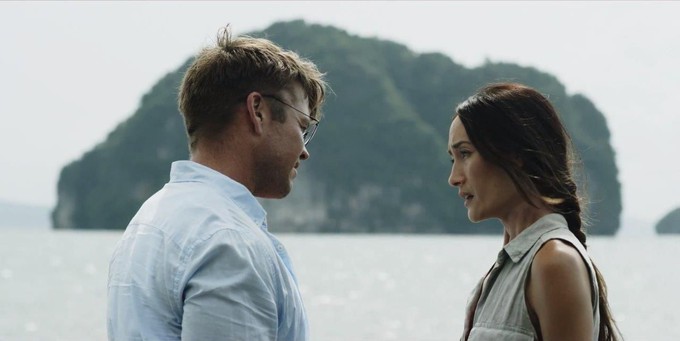 The coastal city is mysterious and reveals its secrets slowly.

Is this THE OTHERS and they have been ghosts for a long time?

Or is this more like SERPENT AND THE RAINBOW where the more questions you ask, the harder it is to leave?

I want to hear you scream doctor!

Or is it more like LOST and its clear they don’t actually know the answers to the questions they’re posing? Thankfully you get answers here.
The ending is maybe the weakest part. You’re talking about a movie that sucks you in and keeps you underwater for hefty portion of the film. Getting creepier and setting you on the edge of your seat more and more and the end just couldn’t keep up.

It’s not a letdown by any means. More, it gives you that unsettling feeling. Which feels odd and unsatisfying, like the end of MIDSOMMER or THE WICKER MAN.

I think there’s something for everyone in the DEATH OF ME. Good looking actors that can sell their scenes, a mysterious ancient asian city full of secrets, a fantastic score and truly creepy moments that will stick after the movie ends.

I absolutely recommend this one to all you horror fans out there. It’s a great date movie too, if those theaters open up!

Since i didn't really have any spoilers in this review here's a spoiler for THE BOYS. :)

BEWARE-SPOILER ALERT: Homelander is killed by Black Noir, a secret clone of Homelander who actually raped Billy Butcher's wife in the comics.

DEATH OF ME is in theaters, On Demand and Digital October 2nd. 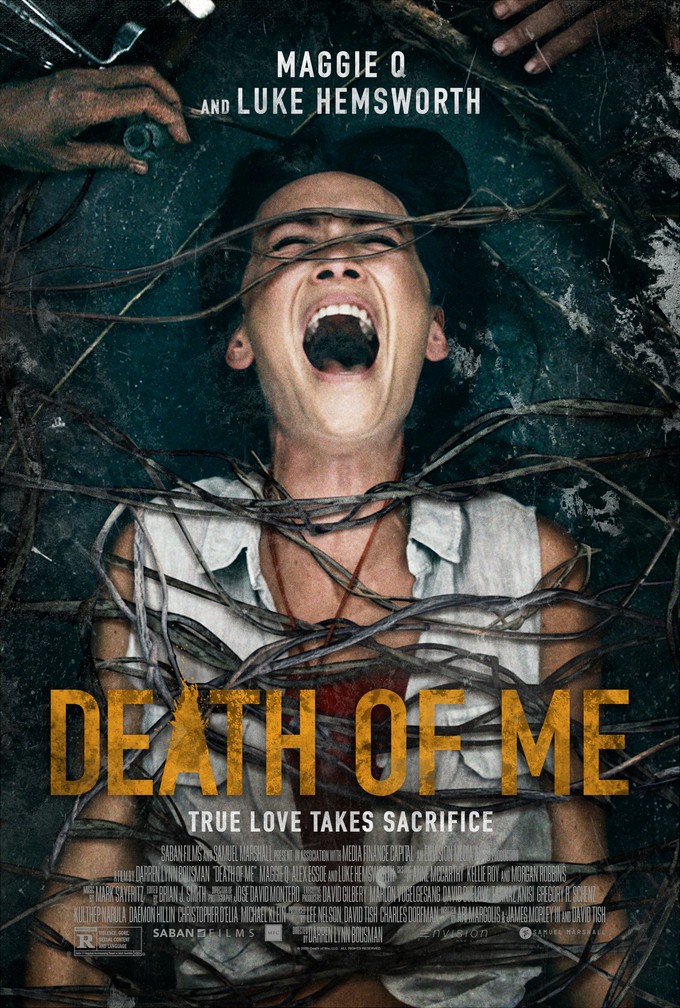