If you’re looking for Johnny Depp here, you won't find him.

BLACK MASS is a simple idea with many intricacies held within.  On the surface we get a father losing his way after the sudden loss of his wife Carrie (Voiced by Helen Stirling).  The father Charlie (Johnny Vivash) says it best.

“Darkness, it’s all I see and I’m drowning in it.”

His two adult daughters Meagan (Sophia Eleni) and Jessica (Charlie Bond) not only recently lost their mom, they’re now watching the disappearance of their father before their very eyes.  He’s withdrawn and unable to connect.

That’s what makes this short so impressive.  It takes a concept we have all felt internally.  A gaping chasm in your heart, bet it losing a loved one, a professional setback, or simply living in a mind clouded by depression.  One loss, begets another and so on and so on.  Until you’re sliding down your own slide of shame.
Depression is no joke.  It tears a person apart from within, while making them feel shameful for the way they are behaving.  It’s a greasy well, where you just can’t find a grip or even fingerhold to catch your breath.  Every time you try you merely fall deeper into your self-made abyss.

BLACK MASS runs a crisp 11 min and 45 seconds.  Not a second is wasted in this one.  What starts as a simple tale of loss, ends up becoming something much deeper.  I was struck by how powerful this short was.

The cinematography by Neal parsons was damn near perfect.  Of course the house this was set in didn’t hurt that aesthetic, with its stain glassed entryway windows.

The actors here are fantastic and do really well with the short script.  Creating depth and legitimacy to their characters in their short time on screen.

Scoty Lyus wrote and directed this gem and I can’t recommend it enough.  His last film, ECHOES OF THE PASSED, was all about storytelling.  Sitting in one location and letting his actors create and tell a layered story with only words.  BLACK MASS showcases major growth.  Scott has one helluva personal film he’s created and I appreciate the daring it took to not only write and film this but show it to the, pardon the pun, masses.

BLACK MASS will have its US Premier in January at the PanicFest.  Scott will be in attendance!

He’s working on his first feature now, titled WALKING AGAINST THE RAIN.  In his words it’s, “An end of the world monster movie ultimately about human connection.”

I loved this short film and it still resonates after my third viewing. 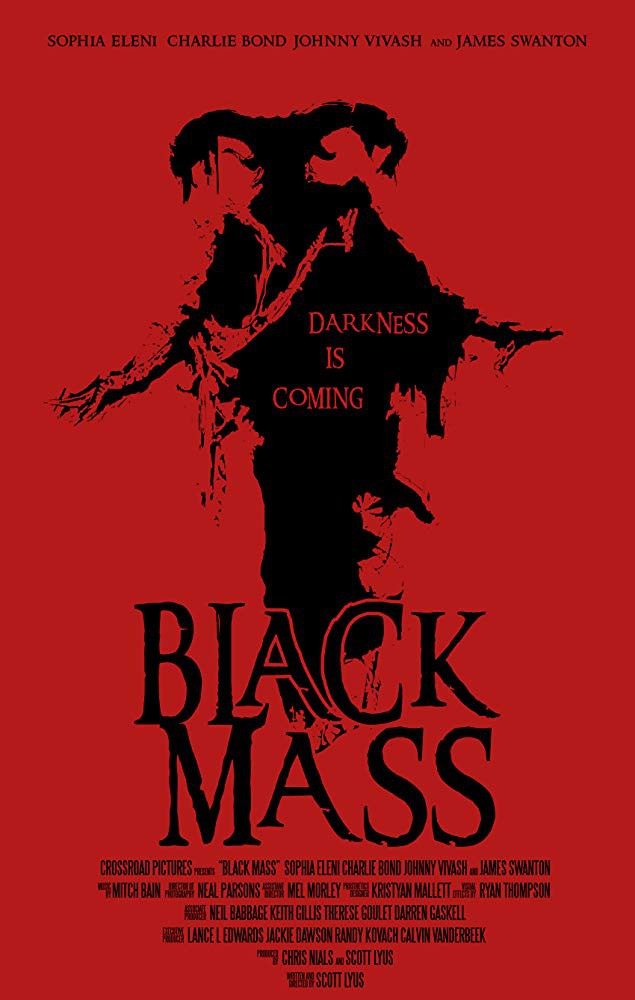