Ken, with a review of a sci-fi thriller with a horror tilt from Dread, titled THE FARE.

THE FARE is repetitive.  It repeats the same scene over and over, much like GROUNDHOGS DAY dipped in the TWILIGHT ZONE.

Our protagonist Harris (Gino Anthony Pesi) is the cab driver stuck in this endless loop.  He starts each ride off flipping through the radio.  Dispatch (voiced by Jason Stuart) eventually radios in with a fare.  His fare is an attractive woman named Penny (Brina Kelly).  Cue the witty banter. 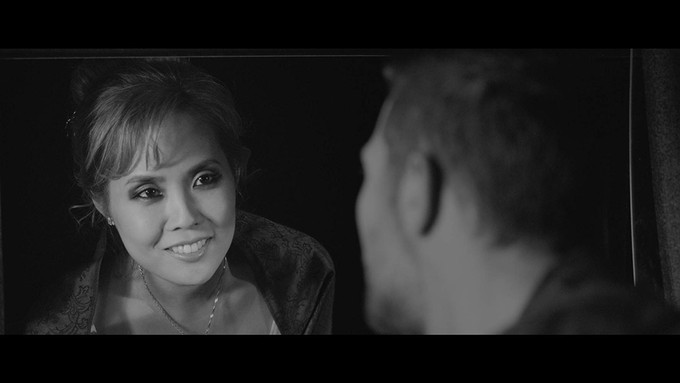 There’s a clear connection between the two and it shows immediately.  There’s coy smiles, a fun teasing nature to their dialogue, and everything is filmed in black and white.  It’s a sly nod to the meat of this story.

Penny gives Harris her destination and they’re off in this subtle noir tale.  The heat rises between the two but that could also be because they’re headed straight for a storm.  There’s a flash and Harris is driving his cab alone again.  He clearly doesn’t remember anything.  Repeating the exact same moments we just watched.  Dispatch announces his next client and we pull up alongside Penny again.  This time, there’s something different.  It’s barely noticeable.  She gets in and everything folds into the same patterns again, until they touch.

That touch, like Dorothy entering a technicolored Oz, feeds the screen with a shot of color.  The storm hits and Harris is driving.  Alone.  Again.

It continues on like this.  Every touch opening up Harris’ memories until he’s remembering Penny and the conversations before.  The question is, why is this happening to the poor chap and why does he keep getting old Roman coins as payment?

As each ride ends up with more touch and grab, the color fills the screen.  It’s a beautiful way to showcase Harris’ opening mind and mood.  He starts remembering more than just each ride before it.  Just when he has things figured out, the proverbial shit hits the fan. 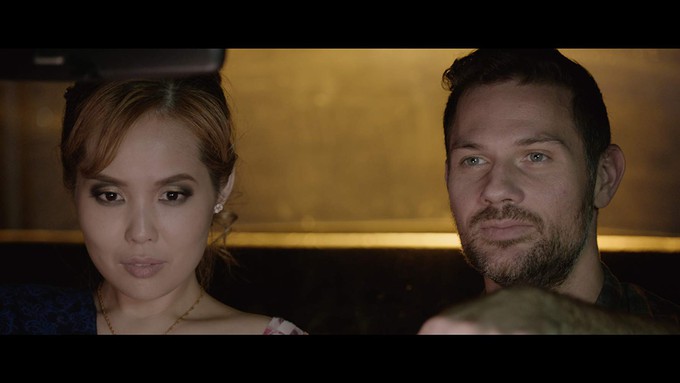 THE FARE is told in a slight Alfred Hitchock’ian fashion.  The mystery reveals itself and it’s not a gotchya moment at all.  It resonates.  You feel the emotions at play.  There’s deep history here if only Harris can remember.  You feel for Penny with her hopeful stares.  She remembers what Harris cannot.  There’s mutual frustration and it all culminates in a natural arc.  We the viewers, feeling every twist of emotion as we learn what’s at play alongside Harris.

Any more would spoil the bud of this slowly opening flower.

This is a fantastic film, showing what one can do on a limited budget.  It’s storytelling 101.  Brina Kelly proves to not be just another pretty face, writing this tale.  D. C. Hamilton (THE MIDNIGHT MAN) directs this one with a sure hand, for his sophomore effort.  These two need to keep doing movies.  I cannot wait to see what they do next!

Running a surprinsgly crisp 1h 22min, THE FARE is out now and available here.

THE FARE is a beautifully haunting film that tingles all the right senses.

If you’re looking for a thoughtful character study that has tinges of sci-fi, horror, romance, and great storytelling.  The kind that just widens and widens its thrown net.  Then get out of the cold, step on in don’t’ ask why the heater smells odd.  This is “A Fare to Remember.” 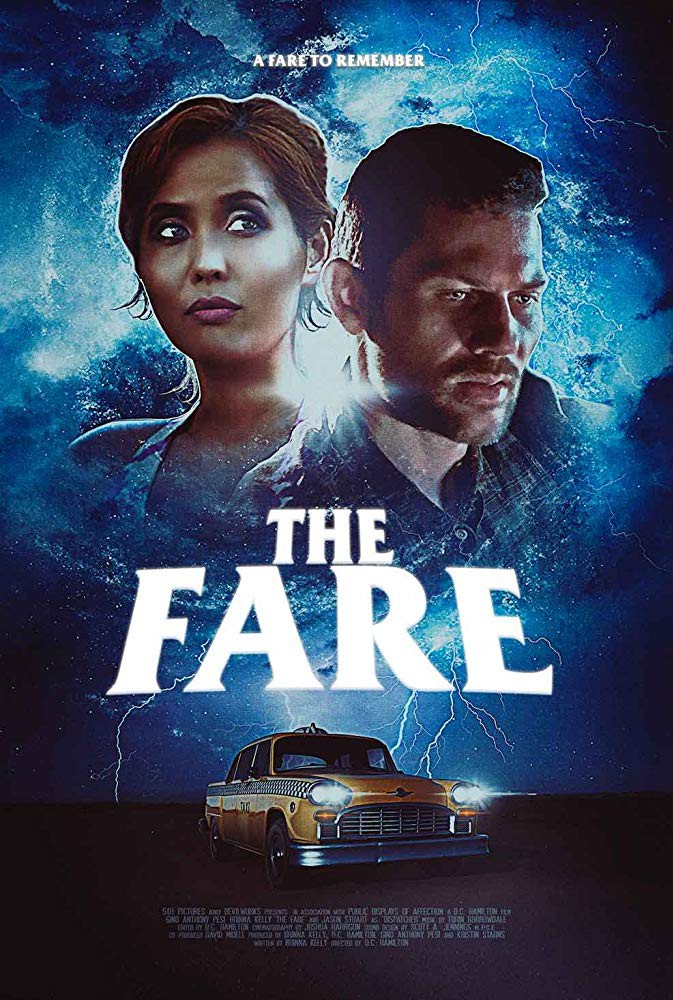