So what is THE RINGMASTER?  That’s a tough one to answer.

It’s basically a documentary centered on a man famous for his unique onion rings.  Larry and his sister Linda Lang are all that’s left with the knowledge on how to cook these things.  The secret recipe started with their family and will seemingly die with it.

Zachary Capp (Writer/Producer) finds these rings on accident.  He’s trying to make a travel and try different foods show and everything stops once he engulfs these onion rings.  Everyone you see try them on camera is smitten.  These things seem so legit, I am disappointed to say I haven’t tried them yet.   I can definitely say there's no way you can watch this film and not want to down them in your preferred sauce.   Ok.  Ok.  Maybe you onion haters?!?!

What starts as a documentary about onion rings enters into a human tale.  One of mistakes, love, respect, and the desire to succeed.

Zachary and his crew start filming Larry and his patron’s reactions to trying the rings for the first time.  He gets Larry to bring them to different events.  Hoping to be a part of creating a brand.  Zachary is all love though.  What seems manipulative and probably is at times, is just an excited man trying to help another.  And boy does he!  Larry and his sister Linda get to make their onion rings for an eclectic mix of folks.

Even KISS drops by to give them a gander. 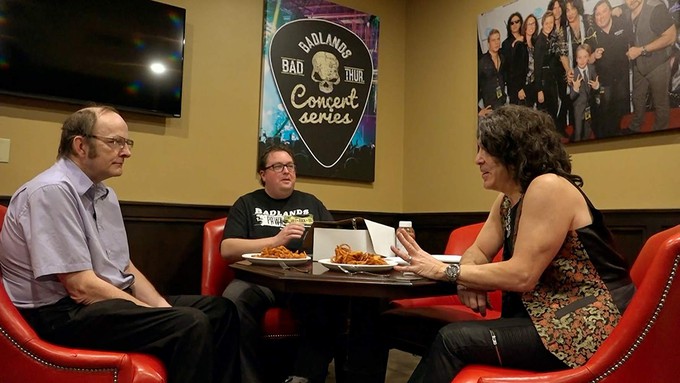 Things fall apart though, as it becomes clear that Larry is finding ways to avoid or outright flake on meet and greets.  What turned into a human tale, becomes something much deeper.

Yet still they continue forward.  The Raiders football team even makes an interesting appearance.  One that will have you rooting for an outcome in this film.

I couldn’t help but like Zachary, Larry and the rest.  There didn’t seem to be a mean person in the bunch.  If the world has this much heart, then the news is wrong.  In the immortal words of Mr. White, “You’re gonna be ok!”

The best part of this 1h 30 minute documentary for me, was the honest reflection told throughout.  This day and age, that’s a hard to find commodity. The film crew constantly questions, on camera, the direction and motives Zachary leads them down.  Zachary reflects on those thoughts and his own very poignantly.  It’s hard to take at times.  This doc made me feel uncomfortable, though I knew what the main issue was pretty early on.  Maybe I felt the discomfort because of it.  It touched home for me and that’s a testament to how this film was edited.

THE RINGMASTER gets us excited about another foodie show, verrs off to become an introspective story about a beloved onion ring recipe, only to change gears again and drive down some hard truths running in the opposite direction.

If you like documentaries about people killing one another.  Don’t we all?  You should probably look elsewhere.

If you like to learn about your fellow man.  The good, the bad and the ugly.  Then this is particular film is one to check out.

THE RINGMASTER is doing the festival circuit currently seeking distribution.  Keep an eye out for it.  Sure the story is interesting and takes constant odd turns but look at these damn onion rings 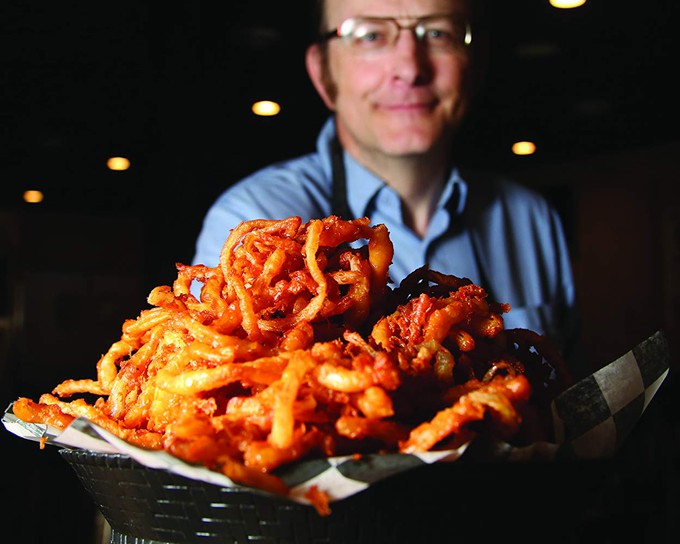 7 out of 10 French fries think this movie bites 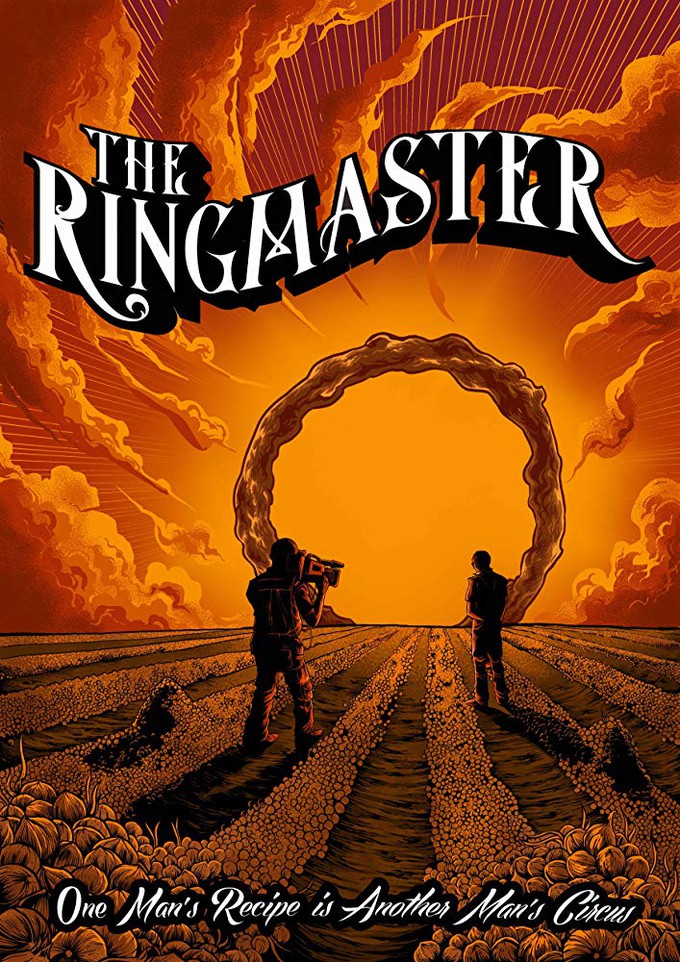