Freddy interviews Omar Epps for his film 3022 - Out November 22nd

Ken, with an interview of Omar Epps along with my personal thoughts on his new flick 3022, a sci-fi thriller.

3022 finds a bunch of astronauts waking up in outer space.  The crew is pretty standard, doing their daily routines, arguing, bored out of their mind and most of all missing home.  They miss it a lot more when it explodes before their very eyes.  What follows is a crew in panic reacting to different issues that arise with no home base.  John Laine (Omar Epps) is the captain of this ship.  They pick up a few hitchhikers, which is hard to do or find in outer space.  Then things really get panicked.
The acting is key in this one.  The special effects are cheap.  The story moves at a slow pace.  The cinematography is about as good as it gets, stuck on a floating spaceship as it is.

In the end, I enjoyed the film but felt it needed a jolt of energy in the early stages.  The ending is a bit hard to believe but fitting.

If you like sci-fi, you should enjoy yourself with this one.  If you’re looking for a harrowing space adventure, this one has its spots but would largely disappoint.  3022 is a study of acting carrying the load.

3022 Comes out in limited theaters and on VOD platforms November 22nd.

Now for the interview with Omar Epps. 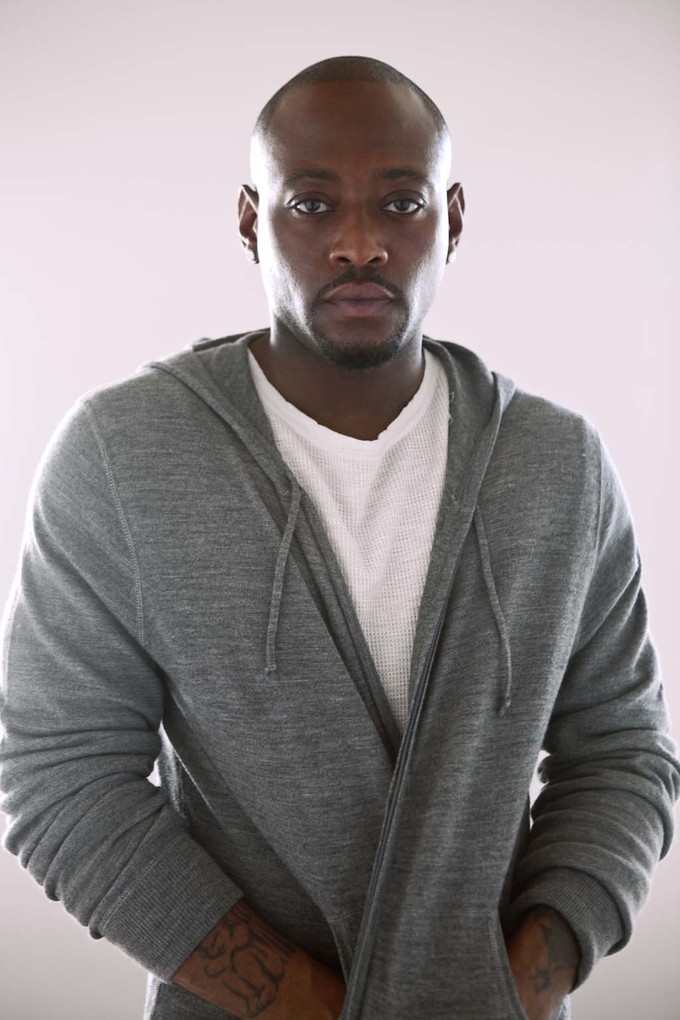 Freddy Beans:  Hey Omar, how are you doing today?

If you could, in your own words, give a brief synopsis for 3022 for our readers.

OE:  3022 is a sci-fi thriller in which, a team of astronauts go on a mission to space and when they look back at earth, it looks like something cataclysmic is happening.  They need to figure out what’s going on.

FB:  Anything else would be giving up too much.

What was the worst aspect of this shoot for you?
OE:  It was pretty bare bones.  We did things rudimentary, in terms of effects.  Honestly, it was a good shoot.

FB:  To play the flipside here, what was your favorite aspect of this shoot?

OE:   When my character John Laine is in this sort of Netherworld, where you don’t know how long he has been in space.  That was fun to go there.  I was able to really explore, someone trying not to lose their mind.

FB:  It took me too long to catch on to the beard as a giveaway but the tick you created to showcase that loss of time was a really a great subtle reminder.  You really felt his-a man lost in space-position.

For many years you played Dr. Eric Foreman, sort of the counter to Dr. Gregory House (Hugh Laurie).  What was that experience like for your career and is Hugh that emotionless jerk in real life?  I’m kidding on the second part. 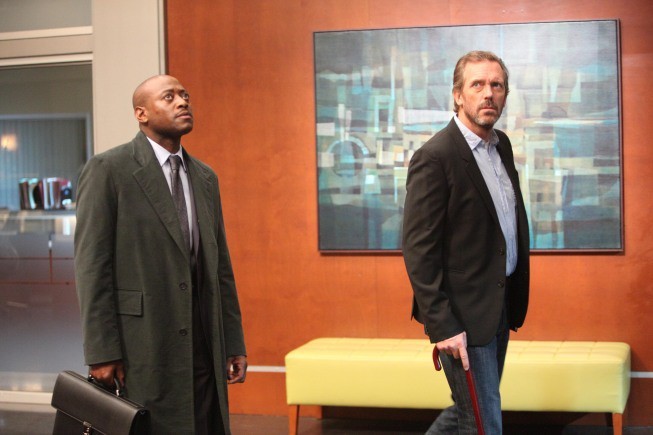 OE:  No man.  Hugh is the nicest guy.  That experience was incredible for me.  It’s interesting, when I think back on it now, I don’t know how we pulled it off.  Finishing 170 something episodes.  I don’t’ know how we pulled it off, the schedule was so grueling.  You know, people still love that show to this day.  I think that’s a tribute to David Shore, the creator of the show.  Coming in to work was great every day because it was fresh out of the paper.  There was never a boring day.

FB:  It clicked with the audience on a lot of levels, as routine as the episodes could be structured.  I have watched a few girlfriends go as the show stayed together, ya know?  (Laughs)
OE:  (Laughs)

FB:  For me, you’re always going to be Malik Williams from HIGHER LEARNING.  What about making that film stands out for you? 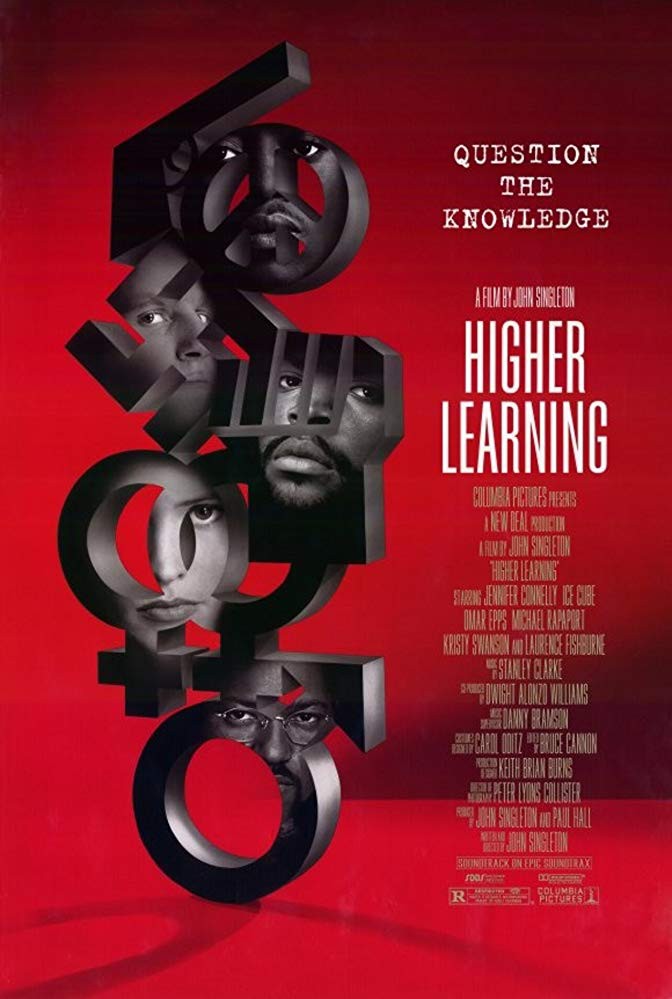 OE:  I mean, what about that film doesn’t stand out, right?  John Singleton, White supremacy.  Racism.  School shootings.  Sex in college campuses.  Things that are still going on.  Which is kind of crazy.  That was another experience I’ll never forget and I’m thankful to be a part of that.

FB:  Absolutely.  It’s one of those films that touched on subjects that are obviously still poignant today.  Maybe even more so.

You’re also iconic for playing Willie Mays Hayes in MAJOR LEAGUE II.  How hard was that role, especially after Wesley had done what he did, with the original?
OE:  Yeah, well you can’t fill that role right?  Wesley Snipes is Wesley Snipes.  I didn’t try to do that.  I just tried to do my own thing with it.  Take a shot and see what happens.  I was still a pup man.  I think it was my third movie and I was still figuring it out.

FB:  Yep.  It’s a helluva an opportunity if nothing else, right?

FB:  How hard was it growing up as the principal’s kid, man?
OE:  I had an upbringing like any other kid from Brooklyn.  It was fun for me.  I learned a lot.  With my mom being an educator who turned schools around.  She was phenomenal in her field.  I have great memories, like when I didn’t have the new video game, or cool sneakers, and I’d go to visit her on a half-day.  There’d be some younger kid who she was trying to take care of.  Maybe their parents are on drugs or things of that nature that made me appreciate what I did have.

FB:  I like that.  It helped your perspective on life in many ways, makes sense.

FB:  I also write poetry.  I was wondering what inspires your poems and are you still writing?
OE:  I haven’t written poetry in some time but I’m writing screenplays and things of that nature.  I wrote a book a couple of years ago.  My inspiration just comes from life and early on trying to find a way to express those inner thoughts.  I think poetry can buffer certain things.  Whether it’s the poetry in written word or spoken word.  It’s about expression and accountability, I think.  You’re able to look at yourself a little differently when you release certain things in word.  That’s a forever part of my life.

FB:  I really like that answer, thank you.  I find writing poetry, you’re basically vomiting up emotions in more of an abstract way that takes flight in its own pattern.  Either way, I find after writing it, you read a more detailed version of how you actually feel inside.

So you have been friends with Marlon Wayans forever.  I had to ask if you had a cool story you could share about growing up with that guy or his family? 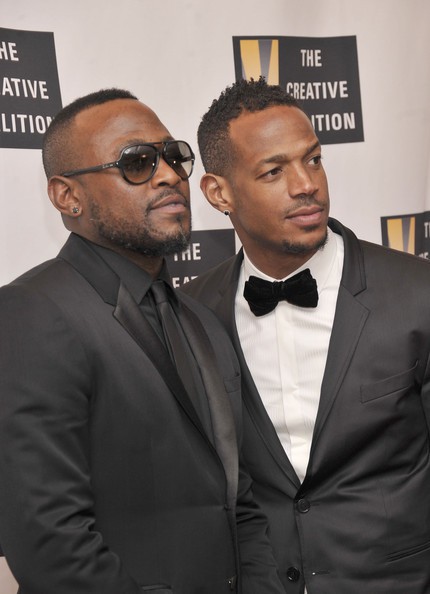 OE:  Oh god man.  There’s a million stories.  (Laughs)  We had a lot of fun growing up and going to high school together.  We’re very close friends to this day.  I’m just so happy for him and proud of him for everything.  It was a lot of jokes.  A lot of smack talk.  Every single day, whether we were on the train or the bus, we were going to be ‘snappin’.  That’s cracking jokes on one another.  Nobody in our school wanted to crack jokes on us because we would tear you up.

OE:  That’s a hard one.  The first FRIDAY THE 13th or the first NIGHTMARE ON ELM STREET, the EXORCIST, AMITYVILLE HORROR, those were the ones where I was actually scared watching them.  In life, fear is about mastering it.

FB:  What’s a book you would recommend?
OE:  I just started a book, a biography on Mayor Tom Bradley (Los Angeles 1973-1993).  He has a really interesting story and I’m just now getting into that.  So, that’s what’s on the docket for now. 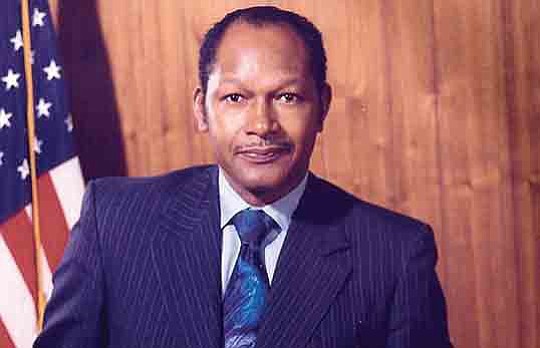 FB:  Last question.  What can our readers look out for from Omar Epps next, man?

OE:  I’m actually working on sci-fi fiction novel right now.  Knock on wood.  That would be great next year.  I’m just getting it together now but I’m pretty excited about that.

FB:  That’s’ badass.  I hope it does everything you want it to do.

OE:  Thank you so much.  I really appreciate that.

FB:  I appreciated your time today Omar.  Thank you! 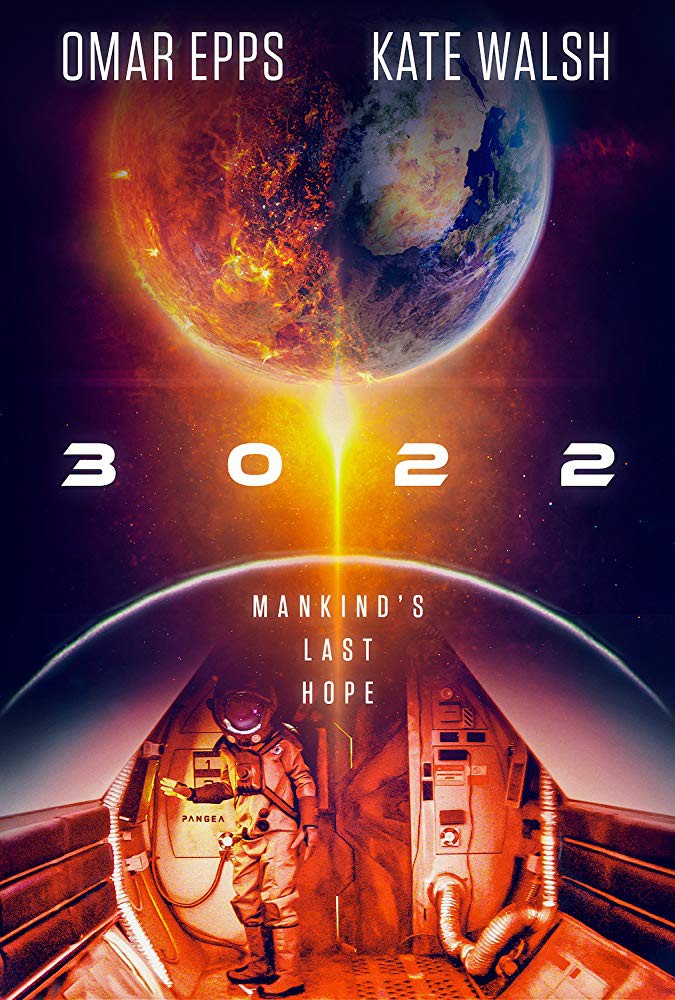