Freddy Beans here with an interview of Charlie Cox (Daredevil himself) for his recently released movie KING OF THIEVES.  AICN’s Rebecca Elliott reviewed the film here. 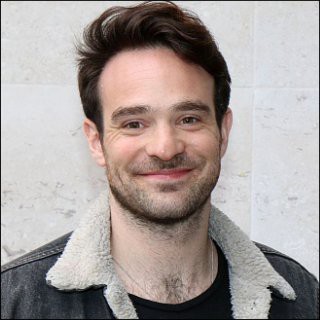 Freddy Beans:  Hi Charlie, how are you doing today?

Charlie Cox:  I’m doing great, thanks.  How are you?

FB:  I’m hanging in there.  It’s been a long day.  Can you give me a brief synopsis of KING OF THIEVES and maybe your character Basil’s role in it?

CC:  It’s a true story about a major jewel theft in 2015.  What’s interesting about this one besides it being one of the biggest jewelry heists in history, is when they caught the guys, they were all older men in their 60’s or 70’s.  It’s a well-documented news story from the U.K during that time.

FB:  What was your favorite piece of doing KING OF THIEVES Charlie?

CC:  The best thing for me was getting to work with all those well respected actors.  Working with them all in one film, was almost too good to be true. 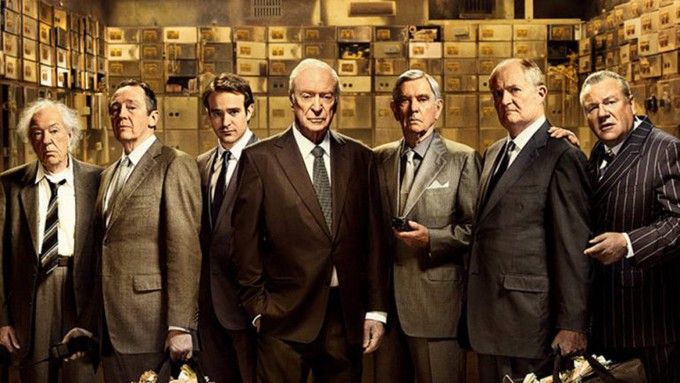 FB:  I kind of assumed that would be your answer.  That was really a who’s who of British actors.  To play the flipside of that, what was something you had a hard time with, while making this film?

CC:  I don’t know.  There wasn’t anything that went wrong, that I can remember.  I feel very lucky to have the job that I have.  I love making movies.  Making stories come alive.  The hardest part is being apart from your family.

FB:  It’s a hard question to be honest.  No one wants to shit where they eat.  Basil in KING OF THIEVES is sort of the polar opposite of a Matt Murdock.  I guess I’m wondering if that is part of what attracted you to this role or what did lure you in with Basil?

CC:  It’s going to be a boring answer but what attracted me to the film was that they were going to let me do it.  An opportunity like that is a no-brainer to me.  You get to work with James Marsh, whom I got to work with previously in THEORY OF EVERYTHING.  To get to be in a film with a cast like this, is a dream come true.  I’m still kind of pinching myself that it happened.  It wasn’t what attracted me to the role.  It was who’s making it and who’s in it.  All right!  I don’t care, how many lines I have.  Where do I sign? 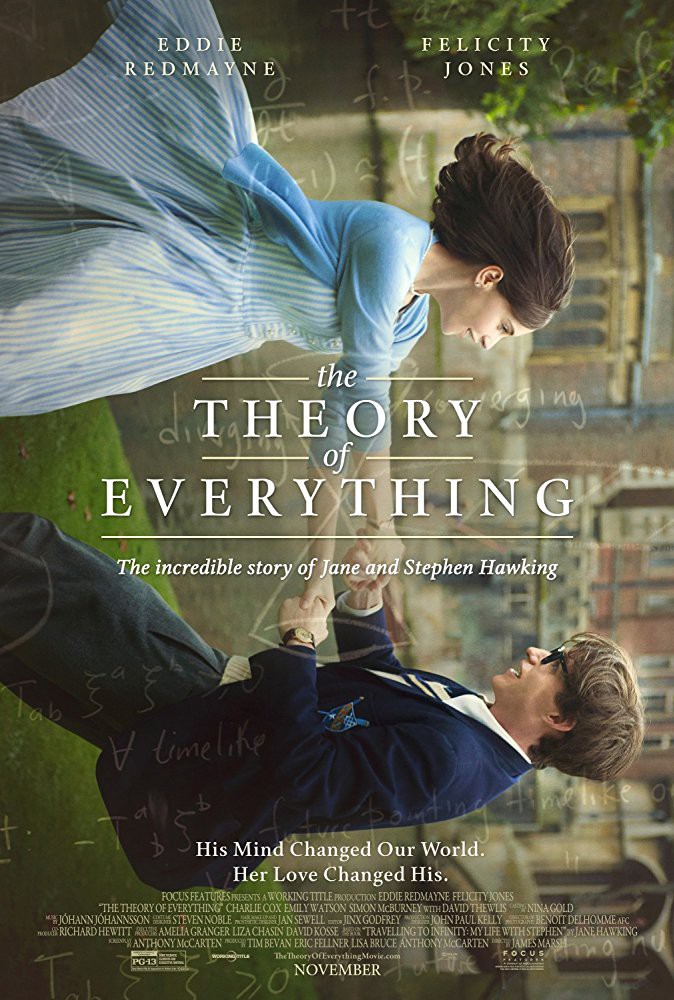 FB:  Well, it happened and it’s over now, so enjoy that feeling!

FB:  (Laughs) I understand this may be a tough one but do you have any information on if Disney plans to integrate Daredevil into the Marvel cinematic universe?

CC:  I wish.  Sadly, I know nothing.  I know what everyone has read and I’ve been told.  That there isn’t going to be a 4th season.  I know there’s speculation we can get it picked up somewhere else.  I have no idea how feasible that is.  I hope that’s possible but then I don’t’ want to live in hope.  Sometimes you just got to get on with your life.  If something actually happens then great!  I wouldn’t want to expect it.

FB:  Unfortunately, the odds aren’t in our favor.  You are a pretty perfect Daredevil, so I’m hopeful all the same.

CC:  Thank you man, thank you!  The truth is no one really knows the politics behind it all.  It’s hard to judge.  You don’t know what goes on behind closed doors.  I’m just grateful for the fact we have filmed a third season.  We got to go out with a bang.  Ya know?

FB:  Just keep moving forward, regardless of obstacles right?  Things will work out, the way things work out.

FB:  Who is your favorite adversary in the Daredevil comics or the television show?

CC:  Wilson Fisk is sort of the ultimate, ya know what I mean?  Added to the fact we had Vincent D’onofrio play that character so brilliantly in our show.  That kind of just clouds up my answer.  I think that my Matt Murdock and his Wilson Fisk, we had 10 more seasons in us of fantastic drama.  Vincent D’onofrio is that character, to me now and he’s about as good as it gets. 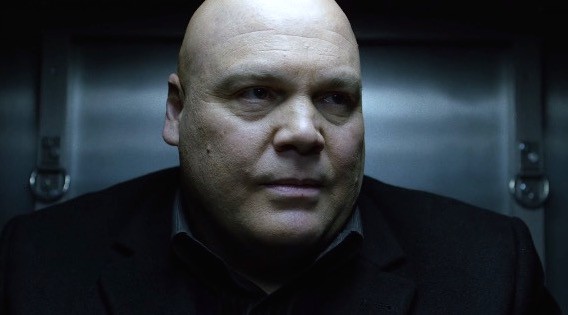 FB:  I 100% agree here.  When I first saw him I was skeptical, he’s just not a big enough guy to play the gargantuan Kingpin I read in the comics.  Man though, his personality and demeanor.  He really pulls it off tenfold.  It’s an amazing job, really.  What’s your favorite Marvel movie?

CC:  I think my favorite one, and maybe because I was so surprised by it, was probably GUARDIANS OF THE GALAXY.  The first one!   It’s not my type of super hero movie.  Typically I prefer the origin movie being the first in the series. THE AVENGERS is hard to beat for me but Guardian’s was so fun.  Remember, I’m a kid of the 80’s, the music hit home and it was just fantastic, I thought. 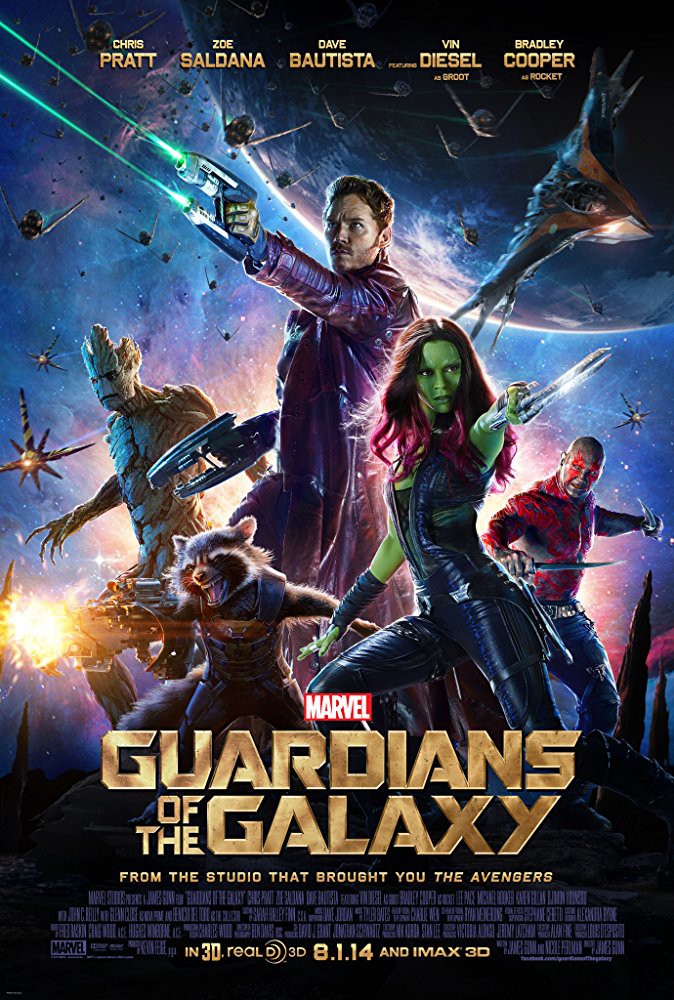 FB:  I do feel you on that one.  I almost think an origin story would slow it down.  That thing is all hyperkinetic energy.

FB:  (Laughs) What’s the worst job you’ve ever had?

CC:  I’m not sure it’s the worst job but, I did a TV series based on Moby Dick.  We were filming for four months.  The first month was on land pretty much.  The scenes took place in a town in Nova Scotia.  Then we went to Malta to do the scenes on the ship.  We had filmed for a month already.  It’s not like you could get out of it.  We got on this boat.  I’ve spent time on the water before.  I love the sea.  For whatever reason this 150 foot wading boat.  The way it moved.  I got so seasick.  I remember being sick for days and going to work.  It would be hours of vomiting.  You can’t see straight.  It doesn’t’ end.  It’s not like you got food poisoning.  You keep getting sick.  Eventually you’re going to get it out and feel better.  You don’t feel better though, until you get off the boat.  It didn’t last the entire time, because eventually you do get used to it.  I remember those first few days thinking, I’m going to throw myself off this ship.  Anything is better than being on the ship.  I’d rather be swimming in the water than on the ship.

FB:  Talking to you, there’s one thing I won’t be able to convey to our readers.  How the hell you hide that accent, sir?  You sound as American as I do on DAREDEVIL, man.

CC:  Man, that’ so cool.  I really appreciate hearing that man.  I take it very, very seriously.  I know some people you can list an accent and they’ll slip right into it.  I’m not that way at all.  I had to really work hard.  For years in Los Angeles actually I would try and get jobs.  I wouldn’t get them and it was usually my accent wasn’t strong enough.  I really went to town on it, ya know.  I spent hours and hours and hours just obsessing on it.  It’s probably the thing I’m most proud of.  The thing about an accent is, you feel if you don’t’ get it, you’ll never get it.  It will be something out of your grasp.  I’m actually living proof, that’s not true.  If you work hard, you keep plugging away, you can make small incremental improvement, eventually getting to a place of authenticity.

FB:  Appreciate that answer, you’re the man Charlie!  Are there any specific issues you or your growing family face being from England and working in American cinema?

CC:  Honestly, I feel grateful that I get to be in the American industry.  A lot of English actors work and wonder if they’ll ever get over into Hollywood.  Having to move, being away from my mum and dad are both hard.  Otherwise, I feel so lucky to be working in the industry over here.  I just see it as a blessing.  I hope I get to continue working in this country.

FB:  You’re one hell of an actor man.  (Laughs)  What is your favorite horror movie Charlie?

CC:  I’m not going to mention the horror movie I watched last night.  It was terrible.  I can’t tell you more or I’d get in trouble.  I think I would say THE SHINING.  I think it haunts me.  It’s so rooted in reality.  The madness of Jack Nicholson, it’s so believable.  It’s chilling, then the music.  The whole thing really comes together, I find.  You’re constantly wondering what is real.  How much is madness?  You feel like, that could actually happen.  For me, a horror film works best when you feel like it could happen in real life.  For me those are the best.

FB:  Absolutely, the horror films that let you identify with them sting deeper.  Is there anything you can tell our readers to look out for from you in the near future?

CC:  Well the only thing I can think of.  I’m going over to London to do a play with Tom Hiddleston and an amazing actress named Zawe Ashton.  It’s a Harold Pinter play titled BETRAYAL.  It’s in London, the west end.  It will be fun to be on stage with another Marvel character. 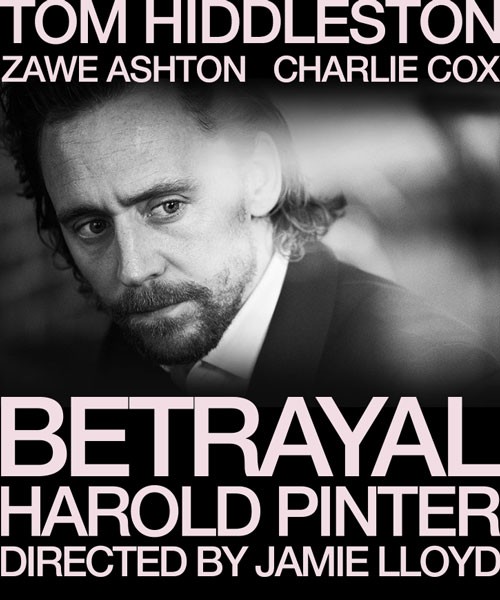 FB:  Hopefully you don’t get too into character and start fighting.  (Laughs)
CC:  (Laughs) Exactly!

FB:  Thank you for your time today Charlie.  You’ve been awesome man.  I really appreciate it.

FB:  Fred, thanks man.  Great talking to you too, pal!