Hey world!  Barbarella here to share another interview from someone involved with DATING AMBER, a comedy about a gay teen coming out.  I’m a big fan of this latest film David Freyne has given us.  I love the writing and the casting choices.  One such choice is Fionn O’Shea as Eddie.  I had an opportunity to speak with him recently regarding the role, as well as some other topics.  I opted to break the ice with something he’s discussed frequently.

It's my understanding that doing whatever your sister was doing is what first got you into acting.  Is she older than you, and does she now get a royalty or a cut of everything that you earn?

“(Laughing) No, she does not get a royalty or a cut. She's a few years older, but it's funny because I got into [acting] because of my sister.  Anything she did, I wanted to do, which drove her insane as a child.  She was going to a dance and drama class on a Saturday morning, and then I went, and they sent us all off to auditions. I went for an audition and got cast in a short film, and that's how I started.  It's worth saying that her acting career was a bit short-lived. I don't think she really had any ambitions of being an actor. She is a doctor [now], so we took incredibly different paths.”

Wow. Good for her.

“It's interesting because from the moment I read the script, I really felt like I understood Eddie, and I knew who he was. Then, throughout the rehearsal process, I was given the opportunity to bring so much of myself to Eddie. Maybe our senses of humor are very similar, and maybe sometimes [we both have some] neuroticism or anxiousness. Both Lola and I could bring not only so much of ourselves to the characters, but so much of Lola and I's friendship made it into Eddie and Amber's friendship. It was interesting seeing how that changed different scenes or kind of led us in different directions.” 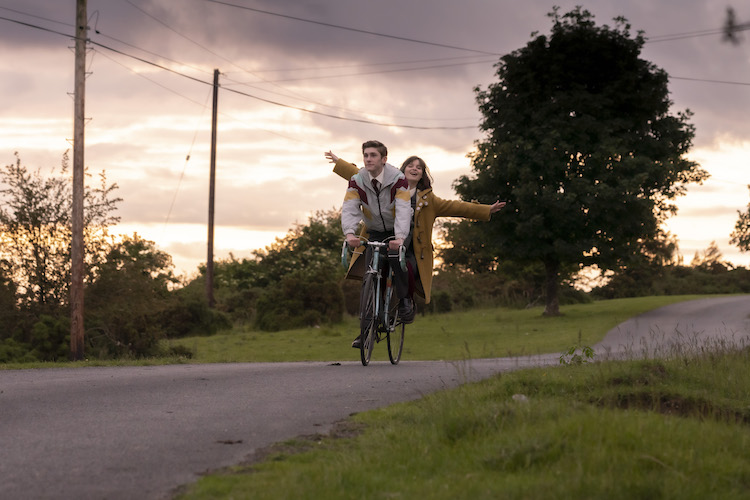 I cried watching this film. I think that it's such a well-written character, and you did such a beautiful job of conveying his struggle. It really just broke my heart to see how much he fought being who he was. Is there anything about yourself that you constantly struggle against?

“First of all, that's very kind of you to say. Yeah, absolutely. I think that a lot of people who are actors, musicians, writers, directors, or [anyone] working in the arts in whatever capacity, I think that all of us struggle in one way or another with maybe being too harsh on yourself or [having] self-doubt. Actors talk about it all the time, about having imposter syndrome, where you're like, "Oh god, someday I'm going to be found out and everything." It really takes, when you're on a job, to tell yourself that you were the perfect person to do it, and you were chosen for a reason, and you can do it. I think everyone goes through imposter syndrome or self-doubt or things like that in different ways. Maybe my relationship with how I overcome that has probably changed in a way over time.  I'm able to manage it a little bit better than I used to be.”

You mentioned in the past that having a soundtrack for a character helps you develop that character. What songs were part of Eddie's soundtrack?

“Let me try and remember. There was a lot of Pulp. There was some Blur. I think the Trashcan Sinatras were on there. What else was on? There was a lot of an Irish band that’s called Pillow Queens on it.  If you make a soundtrack for a character, that's really helpful for you as an actor, but usually those songs don't actually make it into the film.  Interestingly, a lot of the music Lola and I were listening to at the time made it into the soundtrack. “Cut Your Bangs” by Girlpool and “Gay Girls” by the Pillow Queens made it into the soundtrack. We were delighted to see them in there.” 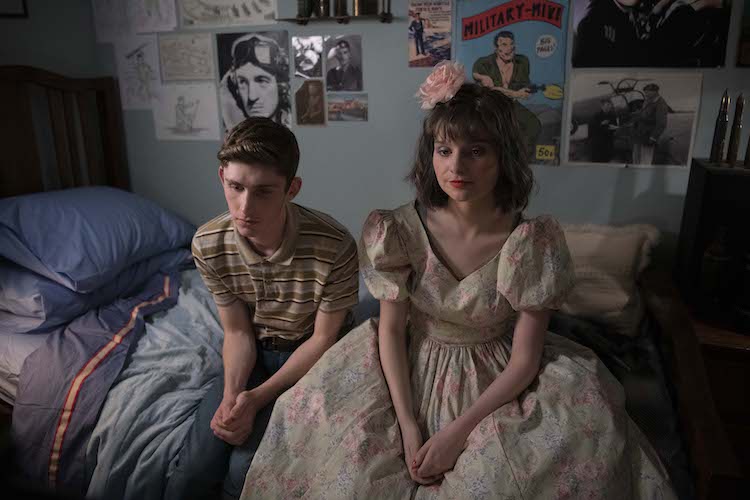 If you, Fionn, had a soundtrack, what songs would be on it?

“Oh god. I don't know.  My taste of music is very varied, so if I had a soundtrack to my life, it probably wouldn't be a very enjoyable soundtrack because the music would change from genre to genre, I think.”

I think that's good though, having a little variety. You formed a really strong bond with Lola, how often do you talk or text each other nowadays?

“I would say, at the moment she probably FaceTimes me between eight and ten times per day. We talk to each other almost every second of every day. Yeah, we're in contact constantly.”

You got to film some of this on an active military base. What was that experience like?

“Do you know what? It was amazing. All of the background actors in those scenes are actual cadets. Eddie isn't very proficient in doing any of the military exercises, and there was no acting required, because it was me with actual cadets trying to do these cadet exercises. Where we filmed at Curragh in Kildare, the red brick buildings and the whole town is so cinematic. It looks like a film set. To film there was so brilliant."

Did you watch the finished film or are you unable to watch your own performances?

“No, I've watched the film a few times. Actually, I'm able to watch my own performances for a few reasons. I think that I find it helpful. I obviously know what my goal was, and it's really helpful to watch scenes and go, "Oh, well, I'm really happy with this," or, "Oh, well, maybe I was trying to achieve this," and on the next thing I do, I know to do a little bit differently.  I see it as kind of a learning exercise. I find it very useful. You know, DATING AMBER was a film that I didn't even feel very self-conscious watching it back. I just felt kind of overwhelming pride for everyone involved, because we all put so much into it. I was really happy with what the film turned out like, and I was just really proud of everyone, in particular, Lola, who's amazing in the film.  Yeah, we made something really special, I think.”

I agree with that.  If you're interested in checking it out, the LGBTQ/comedy/drama/romance film DATING AMBER is available now on Demand and Digital.   If you're at all like me, just have some tissues nearby.