Hey, friends! Barbarella here. I took a break from watching movies almost non-stop at a festival to sit outdoors in the shade and have a zoom chat with Finn Jones, whose latest movie, THE VISITOR, comes out on digital and on demand October 7, 2022. It will also be on EPIX in December 2022.

Starring alongside Jessica McNamee, Dane Rhodes, and Donna Biscoe, Finn Jones may be best known for the role of Ser Loras Tyrell in Game of Thrones. In this film, he’s no Knight of Flowers, but rather a man who discovers in his wife’s childhood home a painting with an uncanny likeness to himself. As he tries to find out about the figure on the canvas, he encounters lots of locals behaving strangely.

We had a brief chat about the shoot, and I learned a few things about the actor I hadn’t known. Check it out. 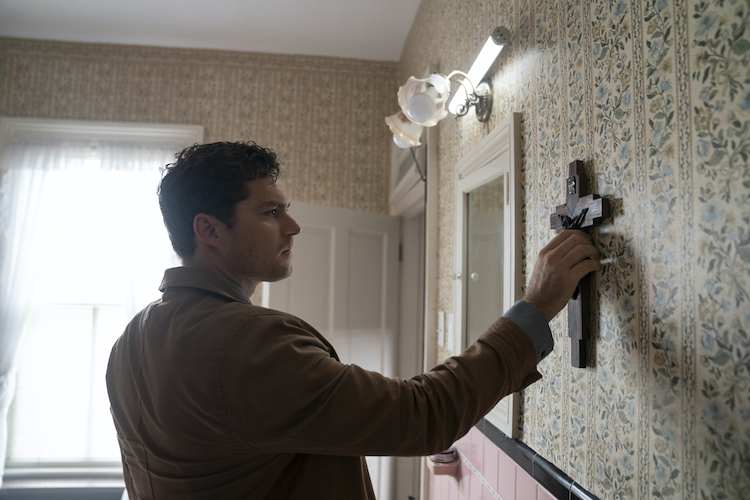 You were, of course, Loras Tyrell on the mega-hit Game of Thrones. I'm just wondering, what do you think would happen if the Tyrells were pitted against the community in this town?

What did attract you to the role of Robert?

“I think it was a combination of a bunch of things. I think the fact that Blumhouse was producing it, and they're a fantastic production company. I also think the fact that Justin [Lange] was directing the movie, and Justin is a fantastic director that I think really seeks to elevate the horror genre to be more than what it traditionally is thought of. He has more of an art-house directorial quality to him. I also liked the fact that it was more of a psychological thriller than an average, spooky, jump-scare, gore-fest horror. It was more about the character's journey, and it just took a more cerebral approach to the genre, in general. So those are the three things.”

Would you talk a little bit about working with Justin? What's his process like?

“He's great. Justin really knows what he wants. He maps everything out. He has a really good shot list. He's very visually inspired, but then, at the same time, he really allows for a lot of creative freedom, so we would change the script a lot on a daily basis. We were always trying to make the movie the best version of itself that it could possibly be. He allowed a lot of flexibility in the creative process, which was cool.”

They say that everyone has a doppelgänger. How would you react if you ever met yours? 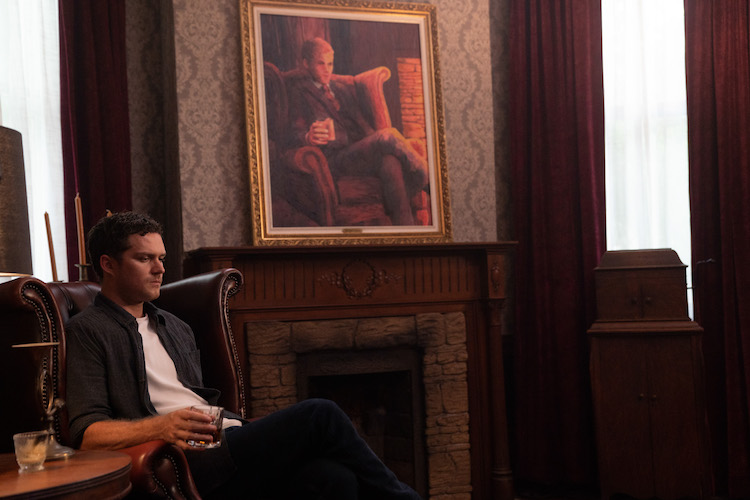 “I don't know, man. It would be kind of weird. I'm adopted, and I think I'd be very fascinated to meet someone that looks like me. I think adopted people, in general, have this fascination with never understanding or never knowing their biological selves or their biological counterparts. I've grown up never really knowing another person that has the biological similarities to me. I think if I met my doppelgänger, I would be probably quite moved. I'd probably be like, “Wow.” Seeing myself in someone else would be fascinating, I think.”

“I love them. Every time I've been to a small town, they're always super friendly, always a little bit weird. I spent a lot of the pandemic driving around the country. I drove across the country back and forth three times. I had a tent on top of my car, and I was living out of it. I went through a lot of really small, rural towns in the US, and I actually found them to be really interesting, really just a lot of character to them.

“It was just really interesting to get out into the world and speak to people, and really just see what motivates people. What I took away from the US, in general, is that actually, it's a very friendly place. I think, in general, people just are very welcoming and want the best for other people. That was really fascinating because I was driving around at a time when the news was pitting everyone against each other, and we were told that everyone from a red state hates a blue state, and everyone from a blue state hates a red state, and all that nonsense. I think the news likes to hype up a lot of the partisan conflicts between people, because it generates clicks and revenue and whatever. From someone that's an outsider and British, I wanted to get out there and have my own perspective on a country that I live in. I went out to all these very different places, and I had lots of conversations with lots of very different people, and even though people, culturally, have different standpoints and different perspectives, I thought that, at the gist of it, I found Americans to just be very friendly and welcoming. That was kind of cool.” 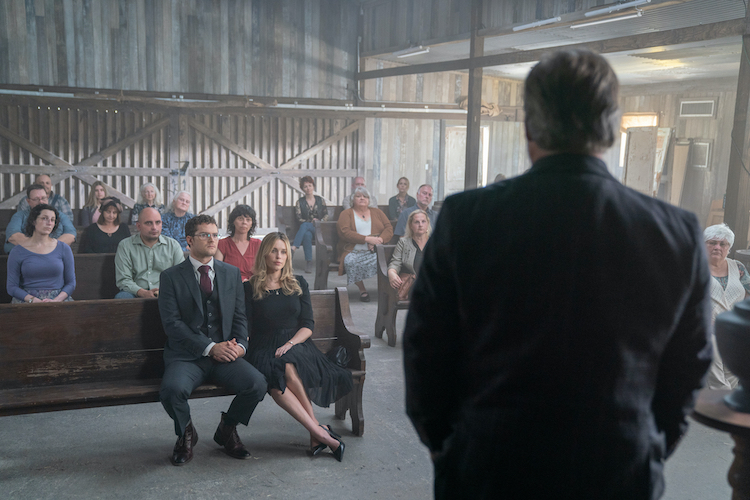 Your character Robert tries chitlins for the first time. What's the most interesting, unique food that you've eaten?

“Oh, that's a good one. I've actually eaten – and I'm not proud to say this – but I've actually eaten cow's brain. It's fucking disgusting. I was in France, of course; obviously, it's the French. We were at this restaurant, and on the menu was this cow's brain. I was with a friend of mine, and my friend really wanted to try it, and I was really against it. He ordered it, and the brain came, and it literally, that's what it was. It was a brain, a cold brain on a plate, and I tried it, and it was disgusting. It was foul.”

Brave of you to try it, though.

“Never eat cow's brain. I've never been the same since.”

What was your most memorable day on set?

“The shoot was about six weeks, but with interruptions, it went on for about eight weeks. I was down there in total for about two months, and then I went back for Mardi Gras three months later. I was in the parades. Did all that.” 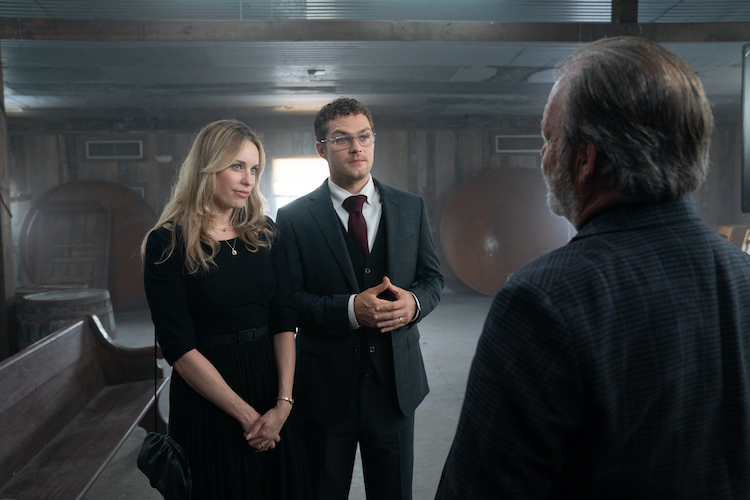 Wow. Yeah, Mardi Gras down there is insane.

“It's amazing, man. I never really knew... I always wrote it off as being kitsch. I just didn't really know what it was about. Then I really got involved with it down there, and it's just one of the best things that the US has to offer. I think the level of celebration, love, and everyone just gets on. Everyone’s playing music, and everyone's just so joyful. It was the first Mardi Gras back after COVID, and there was such an amazing spirit in the air. Everyone's just on the streets. It doesn't matter where you're from, who you are, how much money you have. Just there to celebrate Mardi Gras, and it's sick.”

You seem pretty extroverted. Are you?

“I'm like an extrovert-introvert; do you know what I mean? I'm a very social person. I like to be in big groups. I like to be social, but then at the same time, I need my time to chill. I need to charge, and I need my own time as well, so I'm kind of both.”

I could relate to that. As much as I love meeting and being around people, I also need some alone-time to recharge. While I loved speaking with Finn, I had to head in to watch another movie, so we said our goodbyes, and I slipped back into the darkness of the theater.

If you’re interested in checking out a more psychological horror film, one that explores destiny versus free-will, THE VISITOR will be out on digital and on demand October 7, 2022. Here’s a trailer for you.