Hey guys, Prometheus here with our FRIGHT FIGHT FRIDAY KILLER KIDS BRACKET - SEMI-FINAL ROUND #2 - LILITH (Case 39) VS BRANDON (Brightburn)! Sorry for the delay! Since it’s been a while, let's get right to it! 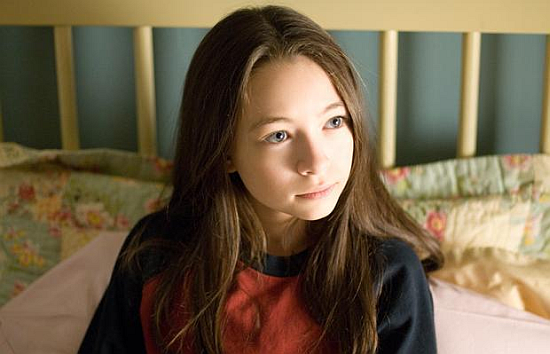 Lilith, in my opinion, is probably the most slept on contender in the bracket. Not only is she remorseless and completely detached, she’s an actual demon. Capable of causing her victims to hallucinate their worst fears with as little as a simple phone call, this little girl is no joke. She is, however, susceptible to physical harm. 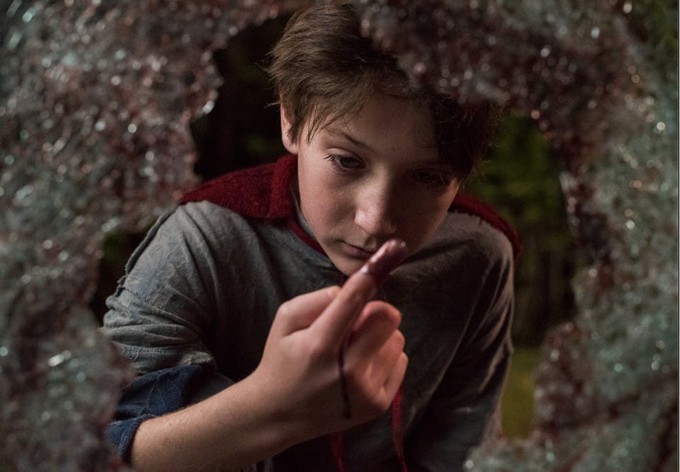 In case anybody out there is still unclear on this, Brandon Breyer is basically a parallel to Superman, only evil. He has superhuman strength, he can fly, is practically invulnerable to all types of physical harm and even has laser-shooting eyes. His one known weakness is the metal his spaceship is made from. Being that he is so similar to Superman, I’m also assuming he is vulnerable to forms of magic. 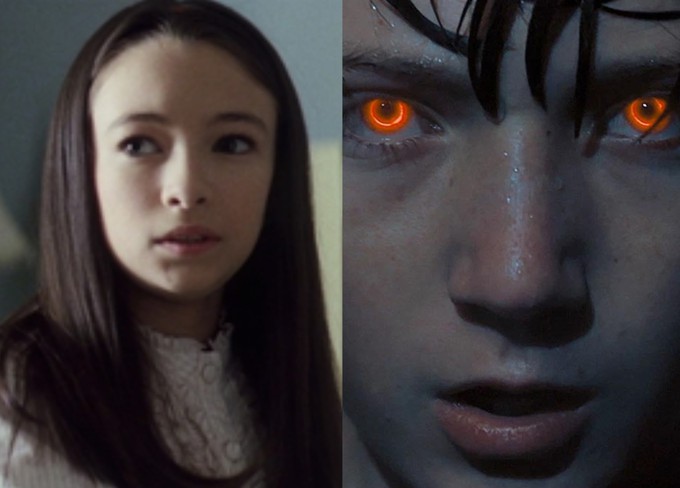 It didn’t take him long to find her. She was exactly where that insufferable son of a bitch in black said she would be, and he was right. She was strong. Not as strong as him, but powerful enough to pose a problem to him down the line.

The Man in Black’s plan was for them to eventually have a child together. A child that, according to him, would be the next ruler of the world. He had other plans though. Plans that didn’t involve her, or that fiendish fool, Walter. He was only playing along with the man to find the location of the others. He would make sure that he was the only one left.

He watches from the shadows as Esther’s body hits the hard, unforgiving driveway. His overly sensitive hearing picked up every word of the altercation that landed her there, and he was quite impressed by the pure calmness of Lilith as she now stands to peer out the window, looking down upon Esther’s broken body with a small and indifferent smile.

Walter said there were others as well. Several, in fact. Of whom, he would only keep the strongest two. And what was Walter’s answer to why he needed anyone other than him?

“Friendly competition, my boy. This world gets so boring at times.”

He can still hear the sound of his stupid, pompous voice in his head. His arrogance will be the death of him. Of that much, he is sure, as he steps from the shadows with his red mask pulled over his face. “I think she’s dead,” he yells up to Lilith as he kicks Esther’s still cooling body.

“She’d better be.” Lilith’s smile now a look of curiosity. “Who are you?”

“It doesn’t matter,” replies Brandon. “He’s manipulating you. You know that, right?”

“What are you talking about? And take that ridiculous mask off.”

Brandon takes another step forward and pulls the mask off his head. His eyes glow a dim red under the pale moonlight. “The Man in Black. He’s behind everything. He’s the reason you’re here. He’s the reason she…” he points down to Esther, “was here.”

“That doesn’t make any sense.” Lilith shuts the window, emerging a few moments later through the front door. “Keep talking.”

“He arranged everything. For the two of you to be in the same place, at the same time.”

“The man who dropped her off?”

“Was he in all black? Hard to look at for too long?”

Lilith nods her head. “Why would he want us together?”

“Not exactly. You see, the winner is supposed to be my mate when I come of age. Which he assumed would be you. According to him, our child will rule the world one day.”

Brandon smiles as the glow in his eyes brightens immensely. “I couldn’t agree more.” A short blast shoots out and Lilith jumps to the side as it grazes her shoulder, exploding into the front door.

“Whoa,” says Lilith as she stands up and brushes off. “You really need to learn how to handle rejection, man.”

Two headlights illuminate the driveway as a patrol car pulls in slowly and flashes its lights before coming to a stop.

Two officers step out of the vehicle. “What the hell happened here?” asks one of them as his partner shines a light toward the front door, then toward the dead, little girl on the ground. “Nobody moves.”

“Officers,” Lilith takes a few steps forward. “Help me.” Tears start to fall down her cheeks.

“Little girl, stay where you are.” The officer draws his gun, but his partner gives him a look.

“She’s just a frightened child Tim, for Christ’s sake, put it away.”

Tim holsters his weapon as Lilith gets close. She grabs him by the arm, pulling him to her level. She leans in and whispers something in his ear. He stands up as if startled by what he’s heard. With his eyes wide he turns, drawing his weapon on his partner.

“Tim, what the hell are you doing, man?” He watches his partner’s hands shake as the barrel of the gun jumps up and down erratically. “It’s me...”

Tim’s eyes are focused on his partner, but his brain sees something else. Standing before him is no longer his trusted friend and confidant of 20 years, but instead, his dead father. His sick, sadistic, piece of shit father.

“No, you’re… it can’t be… I saw you die…” His voice sounds broken and distant. Visions of the horrible things he did to him swirl through his mind, becoming his reality once again.

“Tim, what are you talking about, man? It’s me, Bill. You’re partner…”

Tim takes a few more steps toward Bill, mumbling almost incoherently. “I won’t let you do it. I won’t let you hurt him the way you hurt me.” He steadies his weapon, trying to take aim. Bill removes his gun from the holster in return.

“Tim, you’re really freaking me out, put the fucking weapon away! Do you hear me?” He aims his pistol at his best friend. “Come on. You were the best man at my wedding!”

As Brandon watches the events unfold, he looks over at Lilith. A look of curiosity upon his face. Lilith winks and flashes a slight smile.

“Tim,” yells Bill. “Quit pointing that fucken gun at me!”

“Never again,” mumbles Tim as he squeezes the trigger. The shot is deafening in the quiet of the night, followed immediately by another as both officers fall to the ground dead.

“Light work,” replies Lilith as she wipes the fake tears from her eyes.

“Don’t get cocky. I could have handled that in 2 seconds flat.”

“Just like a boy to eat his food without chewing. You got to take time to enjoy things, learn to savor the moment.”

Brandon laughs. “It’s too bad I have to kill you. You’re funny.”

Before Lilith can react, Brandon has her by the throat. He lifts her off the ground, flying her up into the air. At about 30 feet, Lilith whispers in his ear. His body stiffens and he releases his grip, dropping her to the ground. She lands hard on her side, breaking her arm.

She picks up a rock from the yard and holds it in her right hand, tossing it up and down. “Well, how does it feel?”

“It can’t be. This isn’t real… my powers.” He slinks back from her on his hands and feet. Disbelief doubles the girth of his eyes.

“Your precious powers, I know.” Lilith swings the rock, hitting Brandon hard in the face. Even under the power of Lilith’s illusion, Brandon’s skin is solid and as hard as metal. This causes the rock to bounce off, breaking Lilith’s pointer finger in the process and shattering the illusion almost immediately.

His fist connects hard with her chest, knocking all the wind from her body and sending back about 20 feet. As he shakes the last of the lingering cobwebs from his brain, he once again ascends into the sky, stopping once he can barely see her.

Lilith finally gets her breath back and pulls herself to her feet with her good arm. She looks up in the sky, Brandon’s body a distant silhouette against the backdrop of a now settling moon. “Come back down here and face me, coward!” she yells with everything she’s got, eager to finish the fight.

“What’s that you say?” Brandon looks down, finding her ant-like size to be quite fitting. “I can’t hear you from all the way up here.” A coy smile falls upon his lips, although he doubts that she can see it.

“Go ahead!” yells Lilith. “Run away like a co…” Before she can finish her sentence, her body explodes violently from the impact of the laser beam. It cuts right through her and deep into the earth, leaving a wide trench.

Brandon hovers back to the ground, landing next to her bloody shoes. He looks down shaking his head. She really was funny. He pulls his mask back over his face and takes off into the lightening sky. A few hours or so later, he lands next to a sign in the middle of nowhere. Exactly what he was looking for.  “WELCOME TO GATLIN, NEBRASKA” 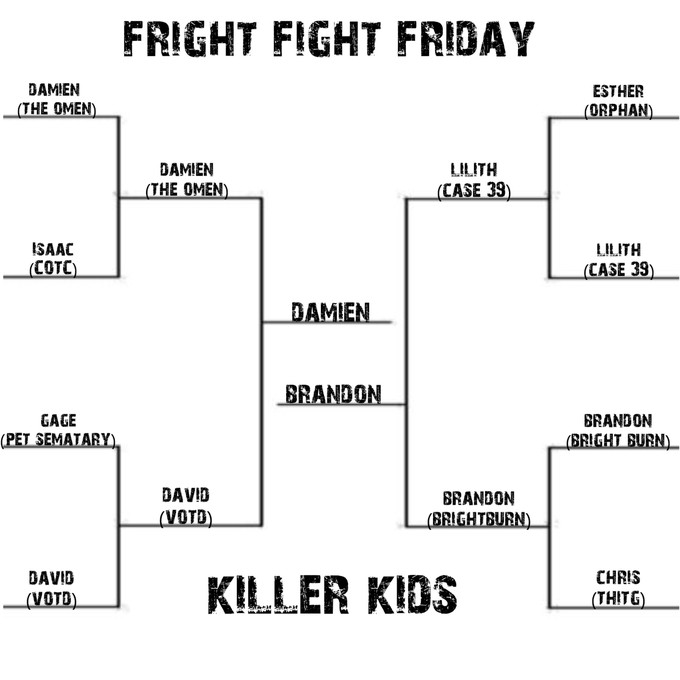 I don’t think anybody expected Lilith to win, let's be honest. Sure, she could probably manipulate Brandon’s mind, but even if she did – how could she hurt him? Without prior knowledge of his ship, Lilith doesn’t have many options when it comes to inflicting harm on someone who’s skin is basically steel.

In the end, I think we all knew what this was going to come down to. BRANDON VS DAMIEN! Evil Superboy vs the Son of the Devil! Who wins? Can Brandon overpower the Anti-Christ? Can Damien have any dominion over something not of this world? Yell at me in the comments and find out next week! Place your bets now! All bets are final!