Ken-With an exclusive clip for GWEN. RLJE Films has partnered with Shudder, AMC Networks’ streaming service for horror, thriller and the supernatural, to bring the highly anticipated thriller GWEN to a screen near you!

GWEN is a 19th century horror folk tale set in the mountains of Snowdonia, Wales.  It follows a young woman fighting a mining company, closing in on her father's land.  Her father however, has mysteriously disappeared at this inopportune time. Her sister is too young to be of any use and mom's unknown illness isn't getting better.  The growing darkness over her home also doesn't help, as the locals start turning on her.

That trailer was exactly what I expect out of the movie.  A slow burn, that delivers the horror in blaring tones, at the end.  This has THE WITCH (Loved that one) and a MIDSOMMAR (Another good one, though that ending was meh) feel to it.  I gobble up film like this.  Unique visions that steer clear of the easy ideas.

William McGregor directs GWEN in his feature film debut.  He has Mark Lewis Jones (Captain Canady in the upcoming STAR WARS: THE LAST JEDI) and Maxine Peake (THE THEORY OF EVERYTHING) but the star is clearly Eleanor Worthington-Cox (8 year old Aurora all growed up, from MALIFICENT) as the aforementioned Gwen.  She stars in the exclusive clip with Kobna Holdbrook-Smith (Doctor Wren), discussing her mother’s ailments.

It’s a really well done, simple scene that showcases her growing desperation in a simple conversation.  Let’s hope Doc Wren is someone she can trust!

GWEN comes to theaters, On Demand and Digital HD on August 16th.

Are there any other fans of THE WITCH out there?
What about MIDSOMMAR?

If you enjoy a creeping horror movie that only jumps near the end, I think you’re in for a very pleasant surprise with this one. 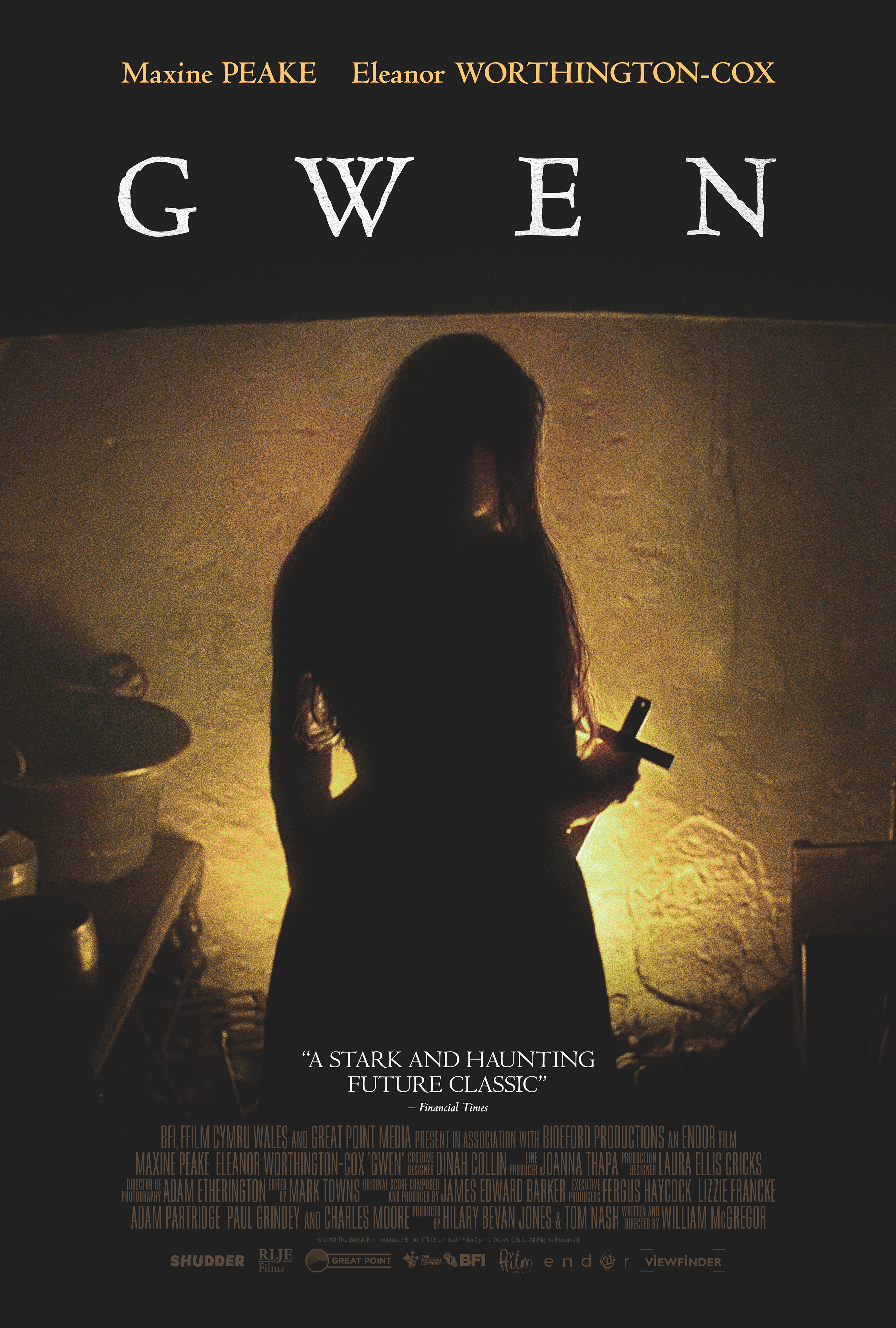