PICARD is almost upon us!! Evil Ash is excited but SHOCKED by Patrick Stewart’s reason for coming back to the Star Trek universe!

This is Evil Ash checking in again. Let’s just say that I’m no spring chicken. I’ve been an unabashed super fan of ST: TOS and ST: TNG for 40+ years. Quite honestly, I don’t care much for all the other Star Trek offshoots and that includes the rebooted movies with Chris Pine. To be even more honest, I think TNG is the BETTER show. The chemistry between the characters I feel is superior to the original series (the quiet moments between Geordi and Data or between Data and Picard are as good as it gets). Also, besides Spock, I think that Data is the greatest Star Trek character of all time. Finally, no disrespect to Ellison, Fontana or Sturgeon, but I feel that the writing on TNG - on a consistent basis - was superior to the writing on TOS. “Who Watches the Watchers” in my humble opinion, is one of the great pieces of sci-fi TV ever written (if you haven’t seen this episode, go watch it immediately). That said, I can’t continue this article without stating that “The City on the Edge of Forever” (TOS) is likely the greatest Star Trek episode in history (again, if you haven’t seen it, go watch it immediately); and one of the greatest pieces of science fiction TV writing ever (assassins!). Deforest Kelley absolutely crushes it in that episode. 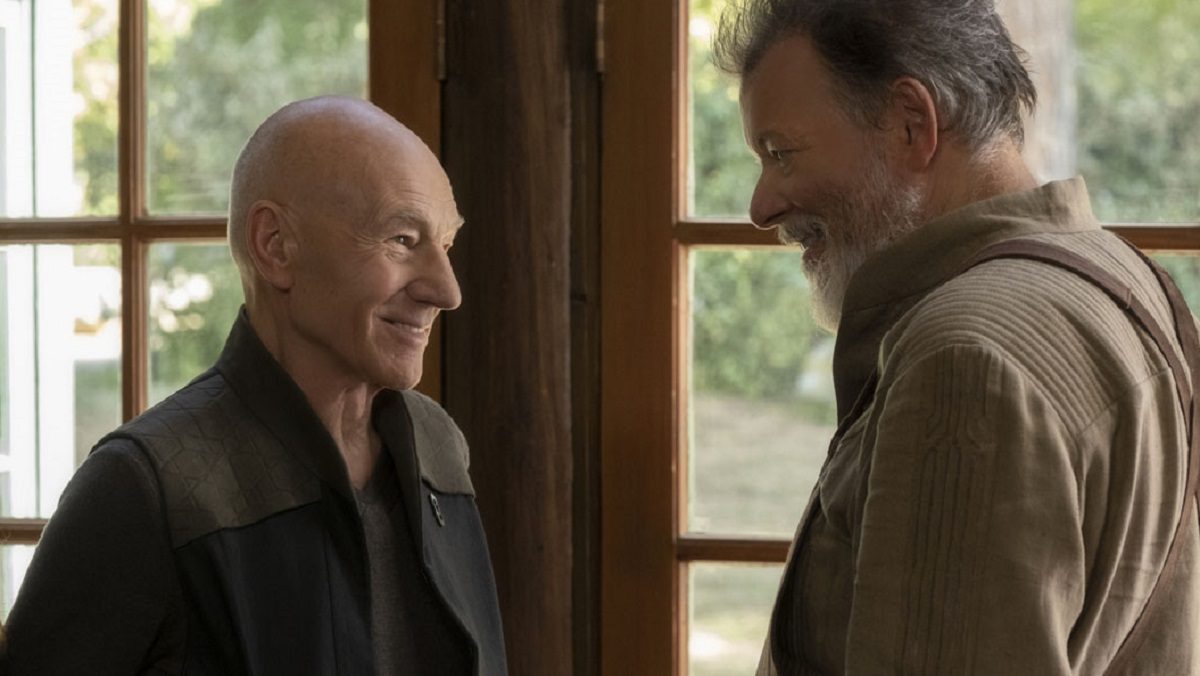 But now its 2020 and Jean Luc Picard is back baby! It’s been a LONG 17 years since SirPatStew breathed life into this iconic shakespearean-like character. In the interim, Stewart brought another legendary character to life on the big screen (not Darcy Banker in Green Room) , and earned himself a whole new generation of fans in the portrayal of Professor Charles Xavier (see the never-ending X-Men franchise). Stewart returning to the Star Trek universe is big news, which we’ve known for a while. However, now, we are getting consistent trailers and teasers, plus, the “cool news” that this CBS All Access show has ALREADY been picked up for a second season! Now, Stewart is opening up on the psychology as to why he chose to revisit a character he swore he had retired so many years ago. Stewart said to Variety:

“Hugh [Jackman] and I were so thrilled when the last thing we did for ‘X-Men’ was ‘Logan.’ It was the best ‘X-Men’ experience we both had, because we were the same characters but their world had been blown apart. ‘Next Generation’ didn’t end like that. In fact, our last movie, ‘Nemesis,’ was pretty weak.”

I can’t say that I disagree with Stewart with regards to Nemesis (which barely broke even at the box office), the plot was weak, and I was less than thrilled in regards to the resolution of Data’s character arc. Still, it’s pretty surprising that he would throw the final installment in the TNG franchise under the bus like that. I guess if anyone has the right to criticize, it’s Stewart. Variety went on to state:

“I explained to them all those elements of ‘Next Generation’ which belong in ‘Next Generation,’ and why I didn’t want to go near them again. But they talked about it in such an interesting way. And they talked for a long time.” Stewart told the producers no, thank you, and sent them on their way. Then he had an immediate change of heart. He told his agent to ask Kurtzman to put his ideas in writing. Forty-eight hours later, Kurtzman sent over a more-than-30-page packet outlining a possible Picard series.” 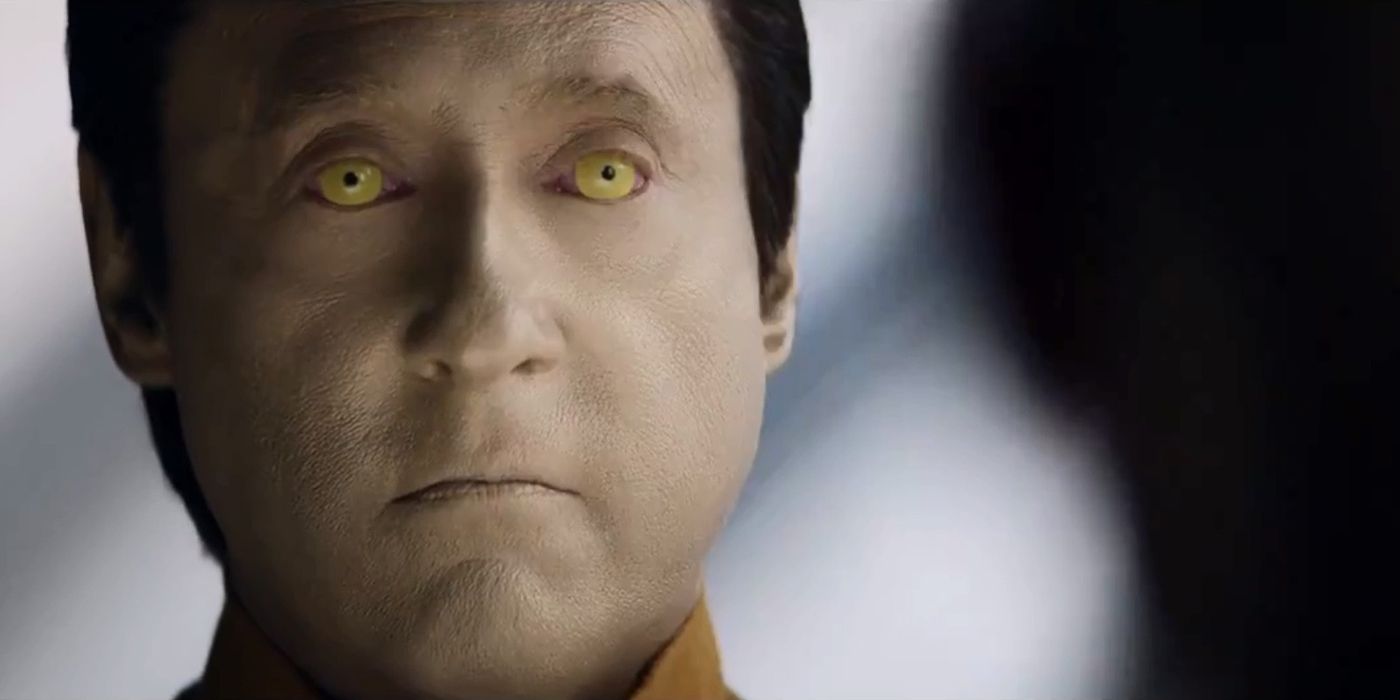 I can’t agree more with regards to “Logan” in that it’s so grounded and visceral. It’s the darkest and most hardcore “superhero” movie (if you can even call it that) that I’ve ever seen. The fact that Stewart, Jackman and Mangold didn’t receive Oscar nominations is pretty ridiculous. Much like The Dark Knight, I couldn’t think about anything else for quite some time when I left the theatre. So, based on Stewart’s comments, we’re getting a darker, more somber, version of Picard, and I’m perfectly fine with that. As long as the writing is on point and and the acting is above par, I’m ready for the further somber adventures of Jean Luc Picard! The above photo of Riker giving Picard that grin, that show of love and affection that he’s been giving him since the 1980’s, it hits me in all the right ways. Anyone who knows TNG, knows what I’m talking about. Speaking of Riker, and Troi, and of course Data - as happy as I am to see them again - they will NOT be series regulars; rather, they’ll have secondary roles and peripheral story arcs, and may only show up every few episodes. That’s perfectly fine with me. This is not a continuation of TNG, so we need to move on from it. This is clearly the way that Stewart and Alex Kurtzman wanted it. Still, it’ll be nice to see my pale faced android friend again. Has anyone put a phone call into Whoopi Goldberg’s agent?

The most important thing about this new show - and I can’t stress this enough - is that we are moving FORWARD in time, and not backwards (or sideways). Finally, we have new Trek that is taking us into the post-TNG universe. We haven't had that since Voyager ended in 2001. That alone has me excited. Does it have YOU excited? Finally, the news that Jonathan Frakes will be behind the directors chair for multiple episodes makes this a must see for this writer. Frakes is a veteran Star Trek director that understands Trek about as well as anyone. Plus he nailed it with “First Contact” (the second best Trek movie of all time). Throw in Hugh the Borg and 7 of 9, and I’m ready for January 23rd to arrive!

Star Trek: Picard premieres on CBS All Access Thursday, January 23 at 8:30 p.m. in the US and Amazon Prime internationally, including the UK. It stars Patrick Stewart, Alison Pill, Santiago Cabrera, Michelle hurd, Harry Treadway, and Evan Evagora. Returning to the Star Trek universe is Brent Spiner, Marina Sirtis, Jeri Ryan (as Seven of Nine!), Jonathan Del Arco (as Hugh the Borg!), and Jonathan Frakes. It’s executive produced by Alex Kurtzman and Patrick Stewart and is the eighth series in the Star Trek franchise. It takes place approximately 20 years after the events that unfolded in “Nemesis.”