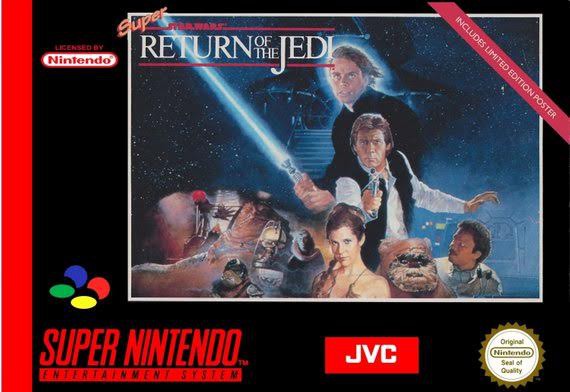 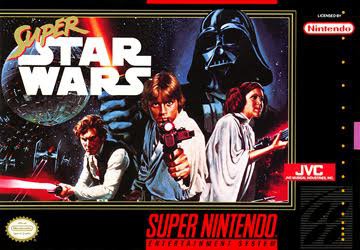 I was a Sega Genesis kid.  For those of you who missed the great 16-bit faceoff between the Hedgehog and the Italian, I strongly recommend reading CONSOLE WARS by Blake J. Harris; it’s one of the most fascinating books about the call and response nature of Pop Culture and developing technology.  That magical period in which the Genesis came in and steamrolled Nintendo, only to have the SNES strike back with a sudden vengeance, was like going from milk and cookies to Mountain Dew and nachos, followed by a strawberry milkshake and pound cake.  It was a crazy, delicious, and expensive time to be a teenager.

There were endless debates over which system – the Genesis, or the Super Nintendo -- was better.  It was East Coast and West Coast for nerds.  Coke and Pepsi.  Elvis and the Beatles.  Ginger and Mary Anne.  There could be no waffling.  No global appreciation for the game systems as separate identities, or how both were pushing the industry forward as a whole.  Either you were a Mario fan or a Sonic fan.  Since I 1) had long hair; 2) drank straight from a bottle of Jack Daniels while riding a skateboard, and 3) listened to Faith No More’s ANGEL DUST until my CD suffered laser rot, I was obviously Team Sega.  They were Punk Rock.  They epitomized all that was hip, edgy, cool and alternative.  Now that I’m old, bald, and cynical, I can see that Sonic the Hedgehog was just Fritz the Cat on Mickey Mouse’s body, with a serious dash of Poochie the Dog.  I still drink Jack Daniels, though.

So what made me break down and buy a Super Nintendo, then?  SUPER STAR WARS, that’s what.

Again, context is everything.  As the 80s became the 90s, STAR WARS was dead and forgotten to all but the most loyal fans.  Then along comes HEIR TO THE EMPIRE in spring of 1991, and holy crap, it’s a bestseller.  The second book in the trilogy was released the following year, and with it came a new video game based on the original 1977 film.  I saw it sitting there on the shelf at Babbages and lost my fucking mind.  A STAR WARS game?  With 16-bit graphics and sound?  Naturally, I immediately threw it back on the shelf and ran to the Sega section, where I discovered that, nope, it was a SNES exclusive.

I held out for another year, but once SUPER EMPIRE STRIKES BACK showed up, I bit the bullet, bought the system, and then the games.  A few days later, I also bought the strategy guides.

Because holy shit, were these games hard.  I’m not a full-on gamer (more of a D&D kind of guy, myself, unless it’s a movie adaptation or a solid RPG), but I’m not a button-masher, either.  So, let’s just assume that I have an average skill level.  Give me a new game, and I can pick it up pretty quickly.  Be that as it may, I hope it says something about how challenging the SUPER STAR WARS games were that side-scrolling run & gun gameplay necessitated hint books.

So the games went like this: each level roughly approximated a sequence from its respective film.  In SUPER STAR WARS, you started off as Luke on Tatooine, and you had to make your way past Jawas and a baby Sarlaac to reach the Sandcrawler. From there, you fought your way to C-3P0 and R2-D2; then there was a driving level where you maneuver your sand speeder to Obi-Wan’s house; then you went to Mos Eisley, and so on and further, until, at last, you performed the trench run using Nintendo’s then-state-of-the-art “Mode 7” 3-D POV gameplay.  In other words, you got to play STAR WARS.

On some levels, you had your choice of character (the Death Star, for example, allowed you to play Luke, Han or Chewie, each with their own weapon), and every environment had John Williams cues straight from the corresponding movie sequence(s).  Even the game itself opened with a recreation of its respective movie: “A long time ago in a galaxy far, far away…”, Followed by the blast of the score and the STAR WARS logo, the text crawl, and a pan down to a now-primitive cut scene that set the stage for action.  Sure, the music was MIDI-based, but it was musically correct, and incredibly detailed for the time.  You also got the occasional voice sample, like when you grabbed an icon and heard Vader say: “IMPRESSIVE.”  Impressive, indeed.

The levels themselves were interesting expansions of the filmic environments.  In the cantina, you fought your way to the Boss, who turned out to be the Kahlar monster from the Millennium Falcon’s chess game.  In EMPIRE, you battled the Wampa, who used his heat breath against you.  Heat breath?  Well, how else do you think he melted the cavern ceiling in order to hang Luke by his feet…?  Cool touches like that showed that the game designers had done their homework, and knew all the same geeky shit the long-term fans had culled from novelizations, trading cards, and RPG sourcebooks.

But good God was it hard.  SUPER STAR WARS gave you only so many lives; then, if you died, and your Continues were used up, that was it.  Game Over.  I remember almost breaking the controller several times when I bought the farm right at the very end and had to start over from the beginning.  These weren’t short games, either, and each installment was longer than its predecessor.  Starting with EMPIRE, the sequels gave you passwords; that way, when you ran out of lives, you could pick up from that spot next time you played (and remember, kids, this was in the age of cartridges: no internal hard drives for your consoles, and no memory cards, either).  EMPIRE was the one that made me lose my hair, because if you asked which level made me scream Fuck you! At the television most frequently, the answer would be either DAGOBAH or ALL OF THEM.

One particular sequence was in fact so mind-shatteringly painful that the level of concentration necessary caused the player to achieve a higher state of consciousness.  Right at the end of SUPER RETURN OF THE JEDI, you have to pilot the Falcon out of the Death Star superstructure without hitting the walls (if you did, it slowed you down in addition to causing damage); all the while, you’re trying to outpace the quickly advancing fireball behind you.  You know: just like the movie.  The whole thing is framed from Lando’s POV -- you see the opening into space at the far end, and you keep your foot on the gas and the ship level with each twist or turn.  UP is DOWN on the direction pad, and RIGHT is LEFT, and so on.  After a few moments of heavy, intense concentration, the kaleidoscope nature of the image on the screen -- an image you’re staring at, unblinking, and concentrating on until your eyes are swollen -- begins to hypnotize you.  “Dying” is an abrupt snap back to reality.*

There have been a ton of STAR WARS games since, but for me, the SUPER STAR WARS trilogy remains the best, and most important.  Before that, we’d had the games for the Atari (the one on Hoth with the Imperial Walkers, and the “Jedi Arena” game that was basically lightsaber tennis).  Many have followed.  I’d argue that these three games published for the Super Nintendo Entertainment System between 1992 and 1995 were the only ones that have ever tried, level for level, to allow one to “play” the movies, and to vicariously experience them.  You could argue that the LEGO games did the same, but they’re also adorably nauseating.  THE FORCE UNLEASHED is flashier, and BATTLEFRONT lets you do the military campaigns, but SUPER STAR WARS is the only one that gave you the chance to take Luke Skywalker’s journey from beginning to end, and walk the path of the Jedi.

Plus: I’m old, and all you kids with your rap music and computer phones don’t appreciate walking six miles to school in three feet of snow, or trying to ride a skateboard while drinking Jack Daniels straight from the bottle, etc.

*I mentioned at the beginning of this writing that I was, and am, a huge Faith No More fan.  During the period in which I struggled with that final level of JEDI, FNM’s album KING FOR A DAY, FOOL FOR A LIFETIME had just been released.  I had it on a constant loop as I played this game.  The song that finally, at long last, carried me through the Death Star to the main reactor and out again, is the album’s final track, “Just a Man.”  I have provided you with a video of the level in question, and the song, below.  To experience a taste of Spring 1995 the way I remember it, play both while muting the game’s audio.  In fact, just skip the song to the 3:17.  Seeing FNM twice during the summer of 2015 was a bizarre experience; as they performed “Just a Man,” this fucking game was all I could see in my head. 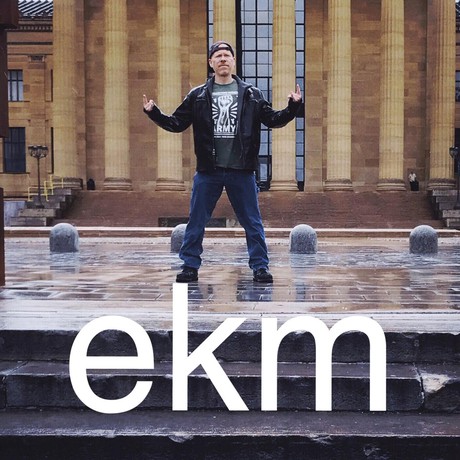