Tis But I! The Enola Holmes 2 Review! 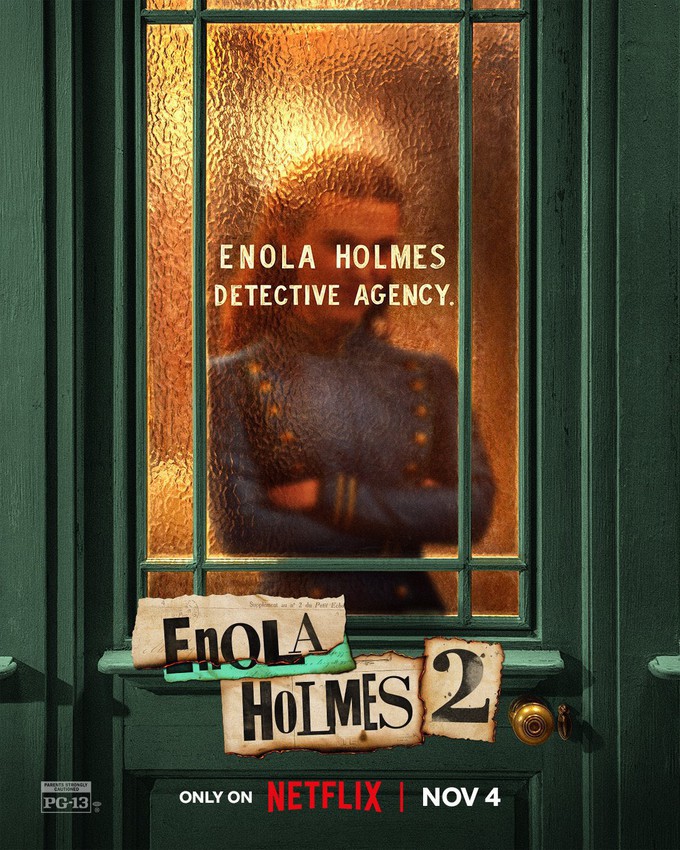 Hello, Movie fans. Tis but I, the House of Macleod! Good day, and welcome to our movie review corner! Today we take a look at Enola Holmes 2 (2022 12 2h 9m) Starring Millie Bobby Brown, Henry Cavill, David Thewlis, Louis Partridge, Susan Wokoma, Helena Bonham Carter, Adeel Akhtar, Sharon Duncan-Brewster and Hannah Dodd. After the events of the first film, amateur sleuth Enola Holmes decides to follow in her famed brother Sherlock’s rather large footsteps and open a detective agency. She quickly finds out that being a woman in a generally male society isn’t her best ally so she is almost forced to shut up shop when her first case walks through the door, a matchstick girl who is on the hunt for her missing sister. A sister who may be the victim of foul play! It turns out that this missing girl isn’t just any girl, she is a linchpin that could unravel corruption, conspiracy and even murder in the highest levels of society. Enola however, isn’t alone, she has the help of her famed brother Sherlock (no sign of Mycroft though due to scheduling issues with actor Sam Claflin) and Lord Tewkesbury, whose romantic sub-plot with Enola is expanded on with much greater depth to reach a satisfying conclusion.

Generally, this entry is far better than the first one. Although I loved the initial outing for the newcomer detective, I felt that her story was a little too jam-packed. This entry smoothes out those lines and allows for some fantastic character development. It has the same charm and wit and of course, the fourth wall breaking that made the first one draw you into the story. Millie Bobby Brown is the standout of this series and plays the role of Enola in the same way she plays all of her roles like she is the only person that could ever play them. She has not only great comedy timing but is believable in the more action-oriented sequences too, making for a great all-rounder. The kind of movie star that will no doubt conquer Hollywood one day. The supporting cast is excellent too. Do you know all the rumours that circulate about Henry Cavill being up for the Bond part? Strangely enough, I never bought into it till I saw this, but yeah I could see him as 007 now. One of the things I loved about this story is that it revolves around an actual true event, which made for a very interesting read about the matchstick girls after I was done, something I recommend you should do too. Enola Holmes 2 is the kind of movie we could do with right now. It's a pretty dark world as of late and sometimes you just need a little escapism, that's what this movie provides. That cinematic magic that takes you out of your life for a while for a whirlwind adventure. Given that Author Nancy Springer has written six books about the daring detective Enola Holmes, I would be surprised if we didn’t get another entry to the series, and I for one look forward to seeing more of her adventures. Enola Holmes 2 is available in select theatres and on Netflix around the world right now!

House of Macleod Official Score 10/10  An excellent romp that surpasses its predecessor.