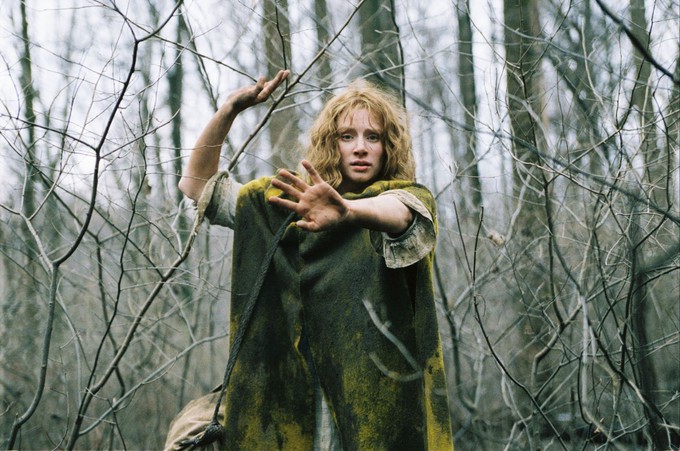 Back in ’99 I began hearing all sorts of pre-release buzz about a film called THE SIXTH SENSE, directed by some guy no one had ever heard of, and who had a name that nobody could pronounce.  Supposedly, this flick had a great twist ending, and having spent more time parked in front of the TV watching THE TWILIGHT ZONE than I care to admit, I went to see THE SIXTH SENSE with some friends on opening day to see what all the talk was about.

About halfway through the movie, it suddenly occurred to me: Bruce Willis was dead.  His character was a ghost.  It was in the scene where his character is shouting after a departing vehicle and he’s getting nothing back for the effort; I flashed back to the opening sequence, where he’s bleeding from a gunshot wound, and was like: Oh shit – there it is!  I remember feeling pretty damn impressed with myself, and sat back with a (presumably) smug expression on my face, just waiting for it to end so I could tell my friends that I’d figured it out.  You can’t pull one over on me, I thought.

And then came the Big Moment.  The twist was revealed.  And for the first (and only) time in my entire movie-going life,* I heard a packed theatre gasp.  It was the sound of several hundred people simultaneously realizing they’d been mind-fucked for the past two hours, and it was a glorious sound.  They’d been completely and totally surprised -- while I, on the other hand, had cheated myself out of what I can only assume was a great viewing experience.  My arrogance quickly dissipated.

The reason I mention this anecdote isn’t to make you, dear reader, feel inferior to my mental prowess, especially given the fact that I’m sure some of you predicted the twist as well; nor am I telling you this to make you feel sorry for my inability to enjoy an out-of-left-field film climax.  No, the reason I told you that story is because I never enjoyed another Shyamalan film, because, at least for a while there, each was promoted as having a similar Third Act reveal, and I was too busy hunting for clues to actually enjoy the unfolding narrative.

THE VILLAGE is a perfect example of how this process of deduction hobbled an otherwise entertaining film (for me, at least).  See, I didn’t figure out the ending halfway through the movie this time.  I figured out the ending ten minutes in.  But we’ll come back to that.  First, let’s talk story, here.

THE VILLAGE is basically THE SIXTH SENSE meets THE CRUCIBLE.  We meet a small, Puritanical community of pilgrims living in an unspecified region of rural America.  Their town is surrounded by a dark forest, inhabited, we’re told, by “Those We Don’t Speak Of,” a race of nightmarish creatures that the villagers hold in superstitious awe.  Trespassing into the woods causes Those We Don’t Speak Of to retaliate; and so the community stays on their side while the monsters stay on theirs.

Nevertheless, life in this primitive society has its down side (apart from the flesh-eating monsters haunting the woods, that is).  Sickness is uncontrolled.  Children die.  The village is cut off from neighboring towns by the forest that separate them; but because no man (or woman) may pass through without drawing the attention of Those We Don’t Speak Of, no medicine or supplies may be brought from the distant communities.  The village is an island within a haunted sea of trees, and its inhabitants must sink or swim based on their will to survive.

So along comes Lucius Hunt (Joaquin Phoenix), a rather morose young man who believes that his innocence and his purity of heart will allow him to pass unmolested through the woods to the outlying towns.  He presents this idea to the town council, but his notion is summarily shot down by leader Edward Walker (William Hurt), who reiterates the warning that none may pass beyond the village borders, no matter the purity of intent.  Sick of listening to the same old diatribe, Lucius decides otherwise, and even goes so far as to step inside the woods to see for himself.  Cue scary noises and snuffling animal sounds.  Cue Lucius bidding a retreat.  Cue freaky monsters taking their revenge.

Pissed off that their domain has been invaded, Those We Don’t Speak Of begin terrorizing the village, leaving skinned animal carcasses and an ominous symbol — a red, blood-like slash — on doorways.  There’s also a sound that one can hear if they listen very closely: the sound of gears and spinning hamster wheels.  It’s the sound of the audience trying to solve the puzzle and predict the upcoming Big Twist in their heads.

It’s this last point that begins to unravel the narrative of THE VILLAGE.  It isn’t a bad film in any sense of the word; it’s simply a difficult film to enjoy, and not through any fault of the storytelling, the performances, or the direction.  The problem here is that Shyamalan had painted himself into a corner, and has become a director of films that can’t be watched; they have to be studied.

I mentioned my experiences with THE SIXTH SENSE: about how I guessed the ending and how it ruined the film for me.  Well, that sort of thing happens.  You deal with it and move on to another movie, right?  Sure, as long as you don’t move on to one directed by Shyamalan.  The problem I have with the guy is the fact that he scored so highly on his directorial debut that he decided to repeat the formula three more times (UNBREAKABLE, SIGNS, and THE VILLAGE) rather than attempt something new.  As a result, he’s that “Twist Ending Guy,” and because you know that twist is coming, you’re so busy looking for it that you can’t just sit back with your popcorn and enjoy the film based on its own merits.

I figured out the twist in THE SIXTH SENSE purely by accident.  Not so much UNBREAKABLE, because it felt like a non-reveal; SIGNS was so dumb that it crept past me.  With THE VILLAGE, I analyzed the hell out of every frame, every line of dialogue, and nailed it right away, as soon as we saw dates on tombstones.  As a result, I got antsy, waiting for it to end so I could see whether or not I was right.  I sat there, going over everything that was happening, locking the pieces together to see if they fit with my hypothesis.  When it was over, I felt irritated, because I knew it was a well-made film, I knew it had great performances, and I knew Shyamalan had — as usual — created a multi-layered story with a pretty impressive Serling-esque ending.  The problem?  I’d missed all of that, being too busy playing Sherlock Holmes instead.

And believe me, the film has merit.  Plenty of it.  The frame literally drips with atmosphere, the village being a place of perpetual November, of grey skies and cold winds.  This environment is the key to the mystery of THE VILLAGE, as Shyamalan plays Rod Serling’s greatest trick on the audience: he presents you with a scenario and forces you to accept it at face value without question.  Remember that old TWILIGHT ZONE episode “The Invaders?”  The one with Agnes Moorhead as an old woman who’s besieged by tiny alien spacemen?  Or how about “Eye of the Beholder,” about the bandaged-swathed woman getting plastic surgery because she’s so hideous?  Those episodes, and their out-of-left-field resolutions, are the templates for THE VILLAGE.  Shyamalan does Serling, Matheson and Beaumont proud; but his failure is that we’re looking for the gimmick rather than being lured into it.  Because we’re expecting to be fooled, because we’re expecting the unexpected, we never have the opportunity to fully buy into the characters or situations, which is tragic considering the tremendous skill employed in this (and all of his early films).

I know what you’re thinking: If he liked it, why is he so negative about it?  So he figured out the ending.  Big deal!  Well, to me, it is a big deal.  The fact is, THE VILLAGE is easily one of the better films on Shyamalan’s resume, and it had the potential to give me a considerable amount to chew on once the credits rolled.  Society.  Belief systems.  There’s a lot going on there.  Shyamalan is evolving as a film maker, and one can only assume that his future works will continue to grow in quality and entertainment value.

And that’s precisely why it kills me that a storyteller so talented unravels his own narrative mysteries by allowing us to anticipate them.  THE VILLAGE is a layered and well-executed film; but because the only movies Shyamalan seems interested in making are of this sort, he diminishes the impact for which he strives.  No matter how well he plots his story and no matter how effective the twist may be, if the audience is looking for it, they’re going to be too distracted to be entertained by the storyteller’s prowess.  That, my friends, is the greatest twist of them all.

*Until SPIDER-MAN: HOMECOMING, that is – the reveal that Toomes is Liz’s Dad got a big reaction from the audience during the three screenings I attended.