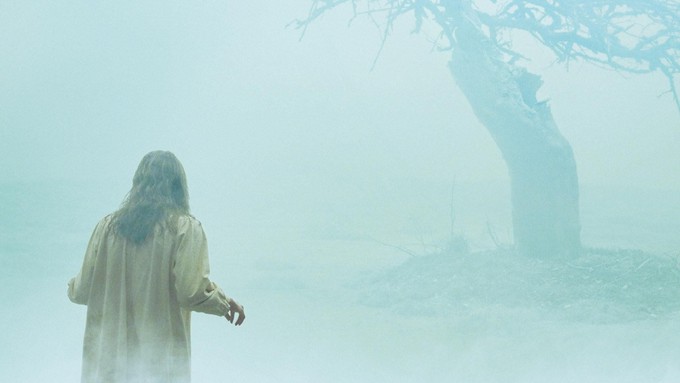 NOTE: This article is a companion piece to the previously-published “Based On A True Story,” which can be read here.

Back in 2004, I ranted long and hard over at (the now-defunct) BloodyNews.com about KING ARTHUR, a film I lambasted because 1) it claimed to be the only “true” account of the Celtic warlord who had become popularized by myth; and 2) because it was two hours of absolute bullshit masquerading as a history lesson.  While certain dramatic liberties have to be taken when trying to adapt to the filmic medium, there’s still a responsibility on the part of the storytellers to tell the truth, even if it’s “truth with trimmings.”

THE EXORCISM OF EMILY ROSE is particularly egregious, in part because it’s fondly remembered by Horror fans, and even more so because people are still thinking it’s a Biopic, which renders the whole fucking affair even more insulting to the real person who’s story is so badly misrepresented – as such, it’s no surprise that EMILY ROSE plays like a semi-sequel to 2002’s THE MOTHMAN PROPHECIES.  In the case of both EMILY ROSE and MOTHMAN, you have two slick, MTV-style films that claim to be dramatizations of documented paranormal events, each bearing the BASED ON A TRUE STORY tag, but with neither one of them having much to do with the actual cases beyond the bare-bones concept.*

THE EXORCISM OF EMILY ROSE is a very liberal adaptation Felicitas D. Goodman’s The Exorcism of Annelise Michel, a hard-to-find but fascinating little book about a German girl who, after an extended and altogether unhealthy series of exorcisms, died of a combination of exhaustion, starvation, and self-inflicted injuries.  Afterward, the exorcist was put on trial for willful neglect, and the story became widely publicized in the mid 1970s.

After reading the above paragraph, I’m sure that those of you who have seen THE EXORCISM OF EMILY ROSE are sitting back and muttering: Who the hell is Annelise Michel?  And if you’re thinking (or muttering) that, it’s because the film — BASED ON A TRUE STORY, remember — is so caught up in its distorted sense of authenticity that it acknowledges neither the book nor the real girl herself, be it in the credits or in the closing title cards that indicate that the fictional “Emily Rose” (Jennifer Carpenter) has a widely visited gravesite in what can only be assumed is someplace in Minnesota.

And that’s what irritates me so much about the film.  I mentioned before that I accept the idea of artistic license, but THE EXORCISM OF EMILY ROSE is a thoroughly condescending piece of fluff that is insulting you whether you notice it or not.  The basic message being sent from Screen Gems is that moviegoers are too stupid and lazy (and perhaps even unconsciously xenophobic) to willingly watch a film about a foreign culture living in a foreign land during a time period that the sixteen year-old target audience can’t relate to. So how do we make it more accessible…?  I’ve got it!  We update the story, move it to the United States (aka THE ONLY RELEVANT FILM MARKET IN THE WORLD), and give the girl a new name!  Who wants to see a movie about some girl with a name you can’t pronounce…?

The fun doesn’t stop there.  There’s also the issue of that problematic little thing called “What Really Happened.”  While we’ve already established the fact that the film carries the BASED ON A TRUE STORY tag, it’s time to talk specifically why it should be rewritten to state that it’s BASED ON AS MANY CLICHES FROM JOHN GRISHAM LEGAL THRILLERS THAT WE COULD THINK OF.

Let’s start with what the trailers and commercials lead you to believe that THE EXORCISM OF EMILY ROSE is all about, shall we?  Yeah, those early clips looked promising, all right: as far as we could tell, we were getting a fairly earnest revamping of THE EXORCIST, complete with all the screaming and speaking in tongues we could ask for.  We saw a lot of atmospheric shots of mist-shrouded figures and thunderstorms.  However, what we ended up getting was ten minutes worth of Emily Rose and nearly two very long, very painful hours of boring courtroom drama that steals from THE VERDICT every chance it gets.  This isn’t a Horror film; it’s an outside-the-box episode of LAW AND ORDER.  The plot is so paint-by-the-numbers that you can probably guess what happens well in advance, but for the sake of my own amusement, I’ll detail it for you thusly:

Not only is the storyline utterly generic, but it’s also completely fabricated.  If you want to get down to brass tacks, about ninety-five percent of THE EXORCISM OF EMILY ROSE is fictional, focusing on the courtroom side of the story and inventing nearly all of it from scratch.  While the film claims to tell the same story as the book on which it’s presumably based, the story of Emily Rose appears only in snippets while an entirely new plotline is created around it.  So what you end up with is — you guessed it — BASED ON A TRUE STORY.

In addition, an entire subplot is thrown in, in which the supernatural forces surrounding the death of Emily Rose begin to sabotage the trial.  These elements are carelessly lifted from other horror films like THE OMEN (Those Who Know The Truth die in horrible and inexplicable accidents) and THE AMITYVILLE HORROR (Linney repeatedly wakes up at exactly 3AM to discover that tape recorders are playing by themselves and — in the most blatant sign of creative deficiency on the part of film makers — clocks are suddenly stopping of their own accord.  Add to that the fact that during the bare minutes in which we actually see the story of Emily Rose that we all paid to see, nearly every cliché from THE EXORCIST is rolled out in stunningly yawn-inducing detail.

All this supernatural mumbo-jumbo is not only excessively hokey (at the mention of the Emily’s exorcism, a flock of pigeons suddenly take flight in terror) but it’s also the single most damaging element of THE EXORCISM OF EMILY ROSE, because it spoils one of the most greatest opportunities the Possession Genre has seen in decades.  Rather than taking the very unique stance that the girl wasn’t possessed, that she was mentally unstable and in dire need of medical attention, and that her superstitious family subjected her to an archaic ritual that reinforced her delusions and ultimately caused her death, the film instead takes the safe and easy route.  THE EXORCISM OF EMILY ROSE merely toys with the idea of ambiguity rather than exploring it.  This could have been (and based on the documented evidence of Annelise Michel’s death, should have been) a film that presented the destructive power of Faith rather than making yet another commercial for the Catholic Church.**

And one final note: I find it unintentionally hilarious that real people are terrified of a Satan that is so short-sighted.  He seems to go around possessing random teenagers instead of individuals in positions of power who can influence governments or lead nations to war; and when he does possess some anonymous girl living out in the middle of nowhere, he has nothing better to do than to make her eat bugs or run outside into a thunderstorm to scare horses.  Do people really believe in this crap…?

They sure do…especially when it’s BASED ON A TRUE STORY.

*And both star Laura Linney as “The Skeptic Who Becomes a Believer.”  That detail alone should tip you off right away.