ekm Eyeballs Disney’s Slate Through 2027 and Gets Tunnel Vision!

So here’s the tentative slate of films Disney’s prepared to unleash, and it covers the next eight years.  Obviously, it thins out a bit the further down the line we go, and subject to change (and expansion); but here are the major takeaways: 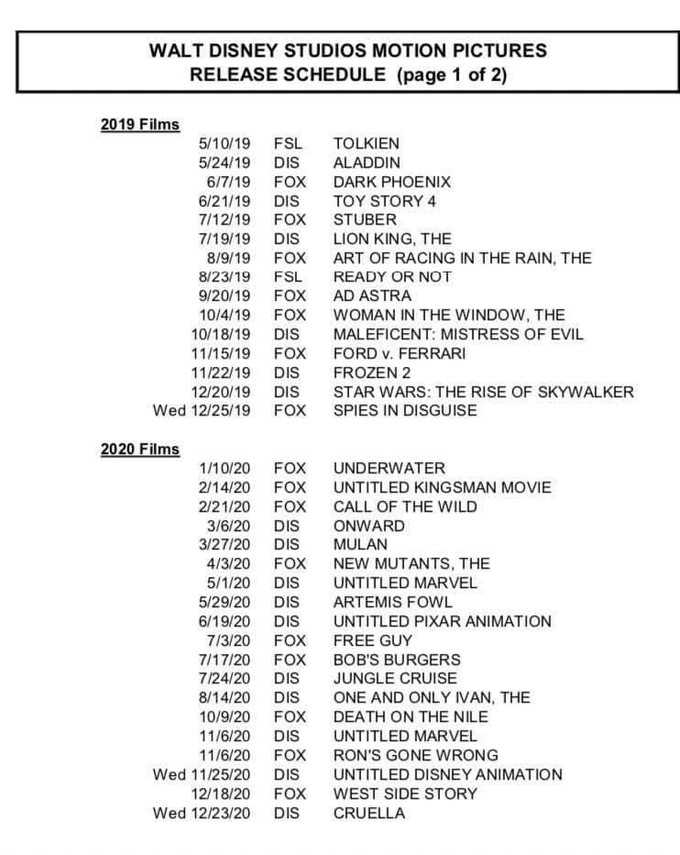 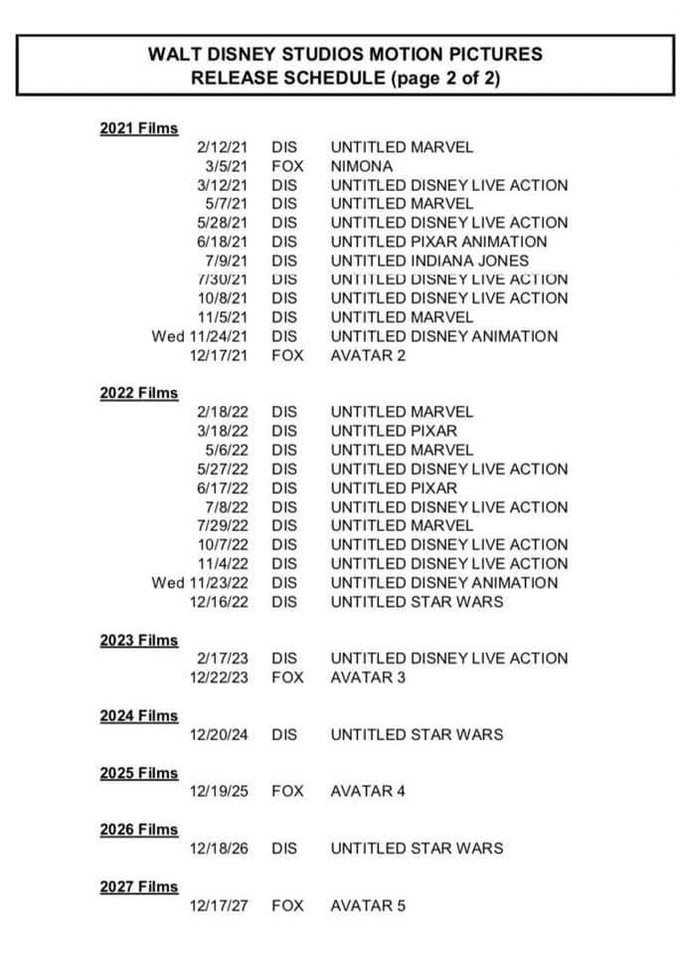 MARVEL CONTINUES.  Well, duh.  I mean: come on.  At least we can finally shut down the speculation that The House of Ideas was taking a breather post-ENDGAME.  The three-film-a-year model looks pruned a bit, but anyone thinking this franchise was going to slow down or decrease product is out of their fucking mind.  With CAPTAIN MARVEL introducing the shape-shifting Skrulls, the SECRET EMPIRE storyline seems like a no-brainer moving forward.

AVATAR CONTINUES…TO NOT BE IN DEVELOPMENT.  Honestly, who are these movies for at this point?  Raise your hand if you remember the plot of the first one!  Nobody…?  Well, it’s cool; you’ve got until December of 2021 to Netflix it and refresh your memory.  James Cameron is expected to announce more and more sequels he’ll never make until we’re all dead.

ANOTHER STAR WARS TRILOGY!  Three more films, each separated by two years, starting in 2022.  Is this the trilogy from the GAME OF THRONES guys?  Rian Johnson’s latest attempt to subvert our expectations by giving us stuff we don’t want?  Something totally different but probably pretty much the same?  A good question – FOR ANOTHER TIME.

DISNEY LIVE ACTION?  Quite a few ambiguous titles are lurking here on the list.  After the (commercial) success of BEAUTY AND THE BEAST (a film I loathed) and THE JUNGLE BOOK (a film I enjoyed), it’s safe to assume that THE LION KING will be followed by more of the same.  Which toons will get the Real People treatment?  All of them, probably!

INDIANA JONES AND THE HIP REPLACEMENT SURGERY OF DOOM.  Like a buzzard circling a manure truck, the threat of this film endures.  Will it be a series-capper?  A prequel?  A reboot?  A passing of the torch?  Euthanasia?  We have two years to speculate.

Yell at me in the Talkback below!