Disney Confirms That New STAR WARS Trilogy is Happening with GAME OF THRONES Guys, and ekm Warns Parents Not to Choose Baby Names Until It’s Over!

Disney Confirms That New STAR WARS Trilogy is Happening with GAME OF THRONES Guys, and ekm Warns Parents Not to Choose Baby Names Until It’s Over! 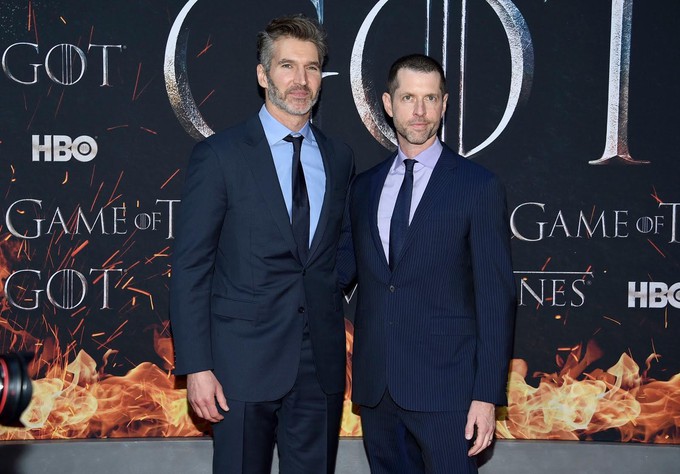 If there's a greater lightning rod than STAR WARS for pop culture controversy, it's GAME OF THRONES.  Then, after Sunday night, it'll be STAR WARS again.  Trust me on this one.

But wait -- now you've got your peanut butter in my chocolate, Disney!  The House of Mouse has just confirmed what we had long suspected: that the previously-announced December 2022 release will be coming from the team responsible for the onscreen Mother of Draggin' Asses (Until the Last Six Episodes), David Benioff and D.B. Weiss.  You may have heard of them; they're the reason why children named "Khaleesi" will now have to sit at the same lunch table with Attila, Osama, and Adolph.

From Bob Iger himself, via the MoffetNathanson Media & Communications summit:

“We did a deal with David Benioff and D.B Weiss, who are famous for GAME OF THRONES, and the next movie that we release will be theirs.  And we’re not saying anything more about that.”

So what does this mean for Rian Johnson's trilogy, which is supposedly still in the works?  And more importantly, will Benioff & Weiss see their story through to the end, or suddenly decide to wrap it all up in two abbreviated movies instead of three because they've been made a better offer?  Because that’s never happened before!

Nothing's for certain except it would be wise to wait to see where the story ends before choosing any baby names.  Parents, take note.