The Stigma & Discrimination of "JOKER" - A Review 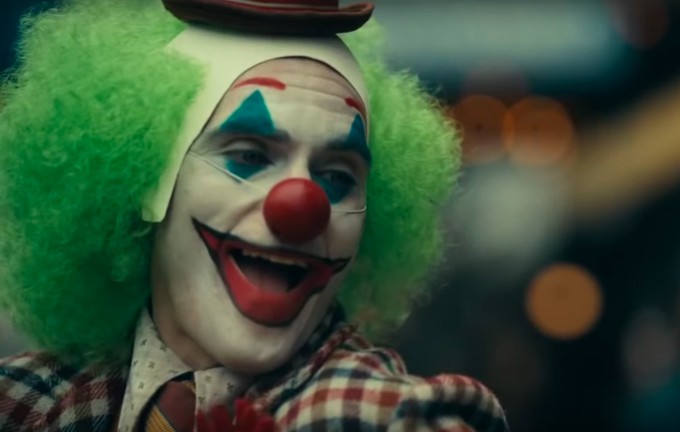 Hello everybody, this is Mad Dashiell here joining you once again. Today we are going to talk about the tragic origins of the Clown Prince of Crime himself in Todd Phillips' JOKER movie. To talk about this film, I feel like we have to set the stage of Gotham City by taking a critical look at our world today. Not only that, we have to begin looking deeper within ourselves. We all have our shadow we are dealing with, our traumas, our wounds.

"People with mental health problems say that the social stigma attached to mental ill-health and the discrimination they experience can make their difficulties worse and make it harder to recover."

Studies show people that could benefit from mental health services don't pursue them or fail to fully participate due to the ongoing stigma and discrimination received for having mental disabilities. This is something people face in society, through their employers, families, friends, and even strangers. There is also a stigma involved with taking medication, internalizing a "get over it" mentality that contributes to staggering suicide rates. It can take time to find the right medication, and even so, after the troubles of the process, the person involved might lose access to the prescription through budget cuts to social welfare and changes or loss of insurance. Aside from that scenario, the services are lacking, to begin with, and are inaccessible to some of those who need them most.

"Mental health services in the U.S. are insufficient despite more than half of Americans (56%) seeking help."

Now that we have taken a small moment to talk about these problems that paint some of the grim details of our world today, let's go to the streets of 1980s Gotham City and talk about JOKER. Here we find Arthur Fleck (Joaquin Phoenix), a sign spinner that works for an agency employing clown actors, connecting them with local businesses and places like children's hospitals. Arthur's affliction causes him to be an outcast, his outbursts of uncontrollable fits of laughter irritating and inadvertently instigating those around him. In no time at all, we see how he is mistreated at every turn, from the kids on the street to the carelessness of his disbelieving boss showing no sympathy after his attack while on the job. What quicker way to escalate the situation than by a coworker giving him a gun? Here we see a person with mental disabilities that should not be given a gun, get one from a coworker about as easily as plucking one from the trees. Again, the problems we see reflected in our world today. Then with righteous indignation, we see him take the 1st three lives of some well to do young innercity bullies that worked for Wayne Corp. If that doesn't paint the picture of how dark this is going to be, I don't know what does.

Arthur's only refuge besides losing himself into the television while looking after his mother, Penny Fleck (Frances Conroy), are his dreams of being a comedian. His caseworker that prescribes his medication asked him to keep a journal, which Arthur uses this as his 'joke book' recording his thoughts and scraps of things he finds along the way, often time accidentally flashing pornography framed by his seemingly mad scrawlings. Soon after, Gotham's system is defunded and he doesn't even have this vacuous outlet to turn to anymore. This also means he no longer has access to the medication he needs to numb himself to the constant pain.

He finds no encouragement in the people around him for his career as a stand-up comedian besides the kindly single mother Sophie Dumond ( Zazie Beetz ) that lives down the hall from the squalid apartment he lives in with his mother. He works up the courage to do a set at a comedy club, but his affliction ramps it up into overdrive once the lights get on him. However, he pushes through, and a laugh reel covers what we can only assume are some twisted jokes. The show doesn't go unnoticed after its uploaded, and he catches the eye of their favorite talk show host Murray Franklin (Robert De Niro), whom his mother and he watch together.

After an unsent letter is discovered and Arthur confronts his mother, who we discover has her own history of mental illness and institution, she tells Arthur of his "real" birth father and the secrets behind the scandal of their relationship. Arthur then tries to reach out to the man he believes to be his father, only to be more bitterly disappointed as it begins to seem that everything he has ever known is based on nothing but a web of lies and delusion. Things just keep spinning out of control for him after he drops the gun he was given on the floor during his act at a children's hospital. Not long after Arthur promptly lost his job, we realize even his whole relationship with the neighbor Sophie turns out to be an illusion, leaving his world even more fractured. His mother calls him Happy, but he finally tells her that he was never happy a day of his life. As a small child, he grew up beaten, malnourished and even found later on covered in bruises, chained to a radiator. With that in mind, his relationship with his mother ultimately seemed like a twisted form of Stockholm Syndrome leading up to a final snap. Whether or not he was adopted also comes into question the more and more information is brought into the light along his path of transformation from Arthur to JOKER.

After everything seems lost, he is reached out to by Mr. Pupkin, the talk show host he idolized. They aired the clip of his comedic train wreck and now what to get him on the show to jeer him in front of audiences. As Arthur is on his way to the talk show, he is pursued by detectives that are yanked into the undertow of violence after a police shooting of an innocent bystander on the subway. The waves of chaos perpetrated by people in clown masks inspired by Arthurs's actions continue to snowball. The clown riots have now become full-scale mobs rising to meet Joker's criminal crescendo as he introduces himself to the world, not as the hero people expected, but the antihero the people of Arkham desperately identified within the hour of madness.

"I thought my life was a tragedy, but then I learned it was a comedy." ~ Joker 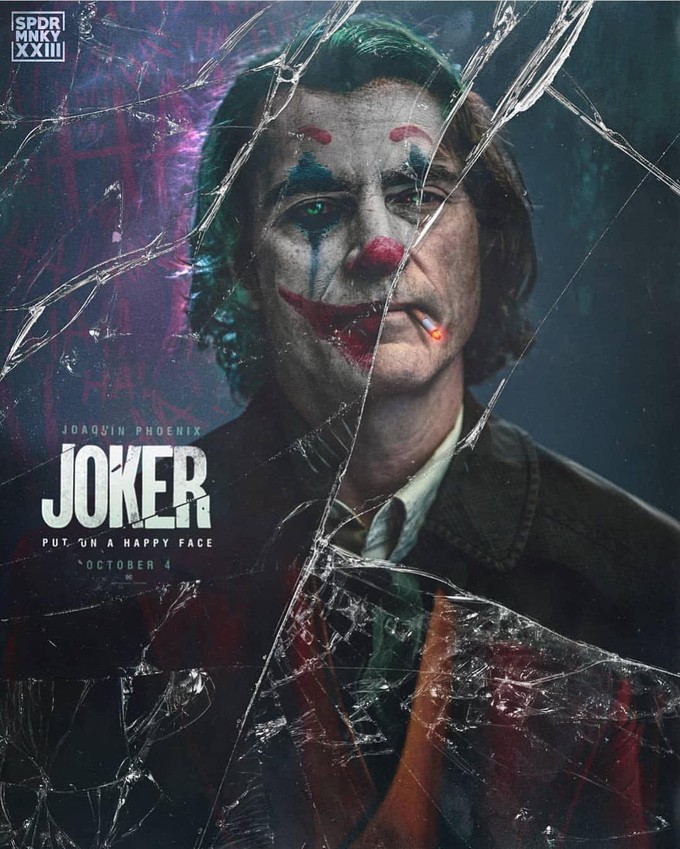 Mad Dashiell's Space For Rant- This is quite the contrast to other incarnations of the Joker we have seen. Other Jokers ranging from comics, films, to video games seem to just absorb the abuse from Batman's brutal punches while tossing him around like a ragdoll. The Joker generally follows whatever Batman dished out with clever retorts and a surprise hidden gun to blast the Bat, or something far more sinister. In Joker, Arthur Fleck's interaction with young Bruce Wayne casts an even newer twist to the tale of their intertwined origins.

Joaquin Phoenix, yeah let's talk about him in the film. Well amazing acting the entire time aside, I really have to say I loved the mad contortion act he seemed to be naturally performing in front of the camera. His shoulderblades looked like they were gonna burst through his skin at any moment. Joaquin's descent into madness portrayed in the role is brilliant, and I expect to see him garnish some awards for doing so. What he brings to the role doesn't just feel amazing, but timely. The film pays its share of nods to the feeling and atmosphere of Taxi Driver for sure, and at times Phoenix's character Arthur captures the lostness of Di Nero's Travis from that very same film. I feel like Phillips wanted to pay some slavish film nods to Taxi Driver, especially with the gritty city shots, considering Martin Scorsese was pivotal in the reenvisioning and defining of anti-hero film. It seems like once again you are in a way, being revisited by that perfect storm of cinema.

The role of the Joker, or in this case the Fool, Court Jester, or Jester during the medieval and Renaissance eras if not a performer in a market place, was usually a member of the household of a nobleman or monarch. A Kings Jester was the only one that had the power to say whatever they wanted to the king and their subjects, including criticism the king would otherwise reject. In the same way, the Joker reminds us of this age-old figure standing up among the masses, speaking a message no one else would likely be able to infer in such a way. This is also represented in tales of old, many cultures have a sacred trickster, some a medicine in the path of the sacred fool. This is represented by the Fool card in the modern Tarot.

Herewith, Joker, we have a man cast out with nowhere to turn, like his world surrounding him, primed and ready to explode like a pressure cooker. This film gives weight and puts a bright spotlight on the need for necessary attention to those who are suffering in a broken society with mental illness and other serious disorders like depression. It has been slow progress through the years, but people in the US are becoming increasingly aware that mental health is as important as physical health.

Below are some links to the sources I reference on mental health today.

This is Mad Dashiell signing off. 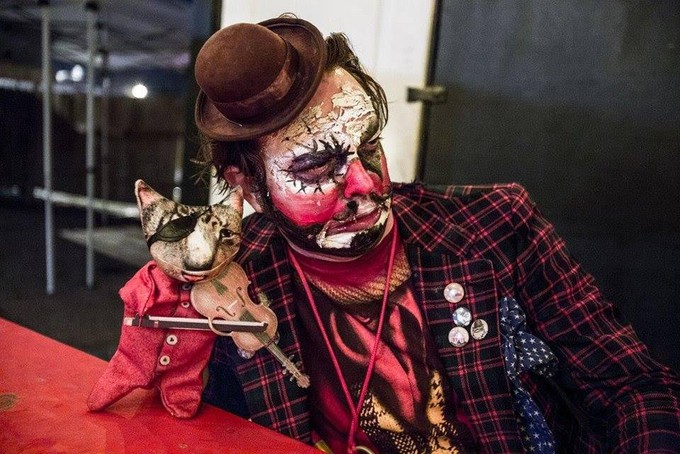