Ken with an exclusive clip via Saban Films for DEAD TRIGGER.

The acting is about what you’d expect from that cast.  I won’t lie, this could be a delicious mess.  Twins that look nothing alike, bad accents, wooden acting, gyrating zombies hanging on chains, this could be exactly what I need.  It could also be a long 91 minutes.  The blonde zombie in plaid reminds me of a Gary Busey looking alien from THEY LIVE.

The trailier is a rock and sock em good time.  Though it looks like they not only reveal the big baddie at the end, they show us exactly how he’s defeated.

I’m an unabashed Dolph Lundgren fan.  He’s a mediocre actor at best but he seems to pick fun projects, above all else.  He plays Kyle Walker, pretty bland when next to a cool name like Rockstock (Isaiah Washington).  Augumn Reeser (THE O.C.) stars as the requisite female badass.

If anyone watched MMA back in the day you should have recognized Lt. Martinov (Oleg Taktarov).  Oleg was an amazing fighter at a time where rules were non-existent to threadbare.  He was willing to take an unbelievable amount of brutal punishment, waiting on that one mistake Oleg could capitalize on.  He was an awesome athlete to watch.  If you like that sort of thing here’s a really badly filmed/edited tribute video.  I'm being lazy, i recommend you search out his best fights.

The synopsis follows a group of elite killers set to save the world from the virus that killed many.  Those it didn't kill are left with hordes of brain eating zombies to contend with.

Anyone else an Oleg Taktarov fan?  Yes, I realize he was schooled in the Arturo Gotti school of fighting but come on.

DEAD TRIGGER heads to theaters and On Demand on May 3rd. 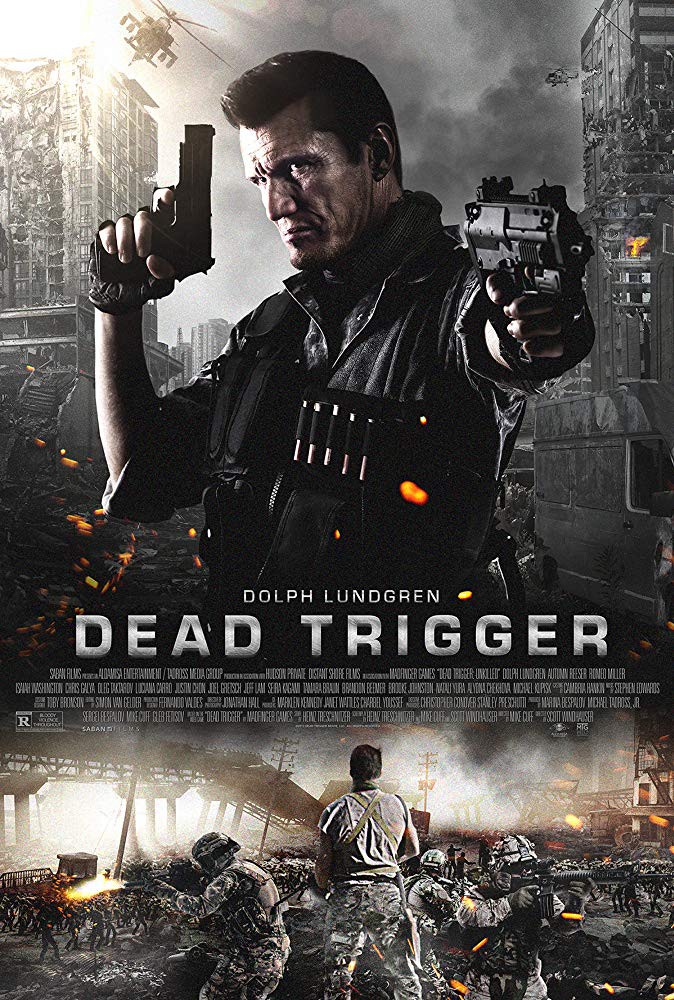