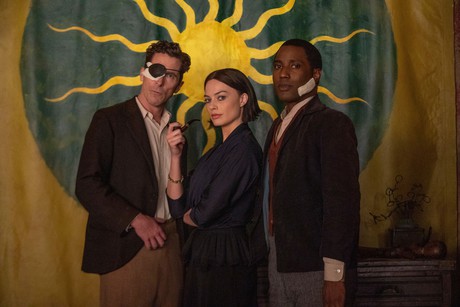 David O. Russell’s AMSTERDAM is one of those movies I absolutely can’t wait to sit down and watch. Luckily for me (and probably you) it’s been moved up a whole month and will now be seen on the silver screen as of October 7th! The film has an absolutely stellar cast including Christian Bale, Margot Robbie, and John David Washington as two soldiers and a nurse who find themselves embroiled in one of the most outrageous plots in American history. The film also stars the likes of Taylor Swift, Chris Rock, Anya Taylor-Joy, Allessandro Nivola, Robert De Niro, Zoe Saldana, Mike Myers, Timothy Olyphant, Matthias Schoenaerts and Rami Malek, Phew! To celebrate this 20th Century Studios has released a new 60-second trailer that you can check out below! As usual, let us know what you think in the talkbacks!